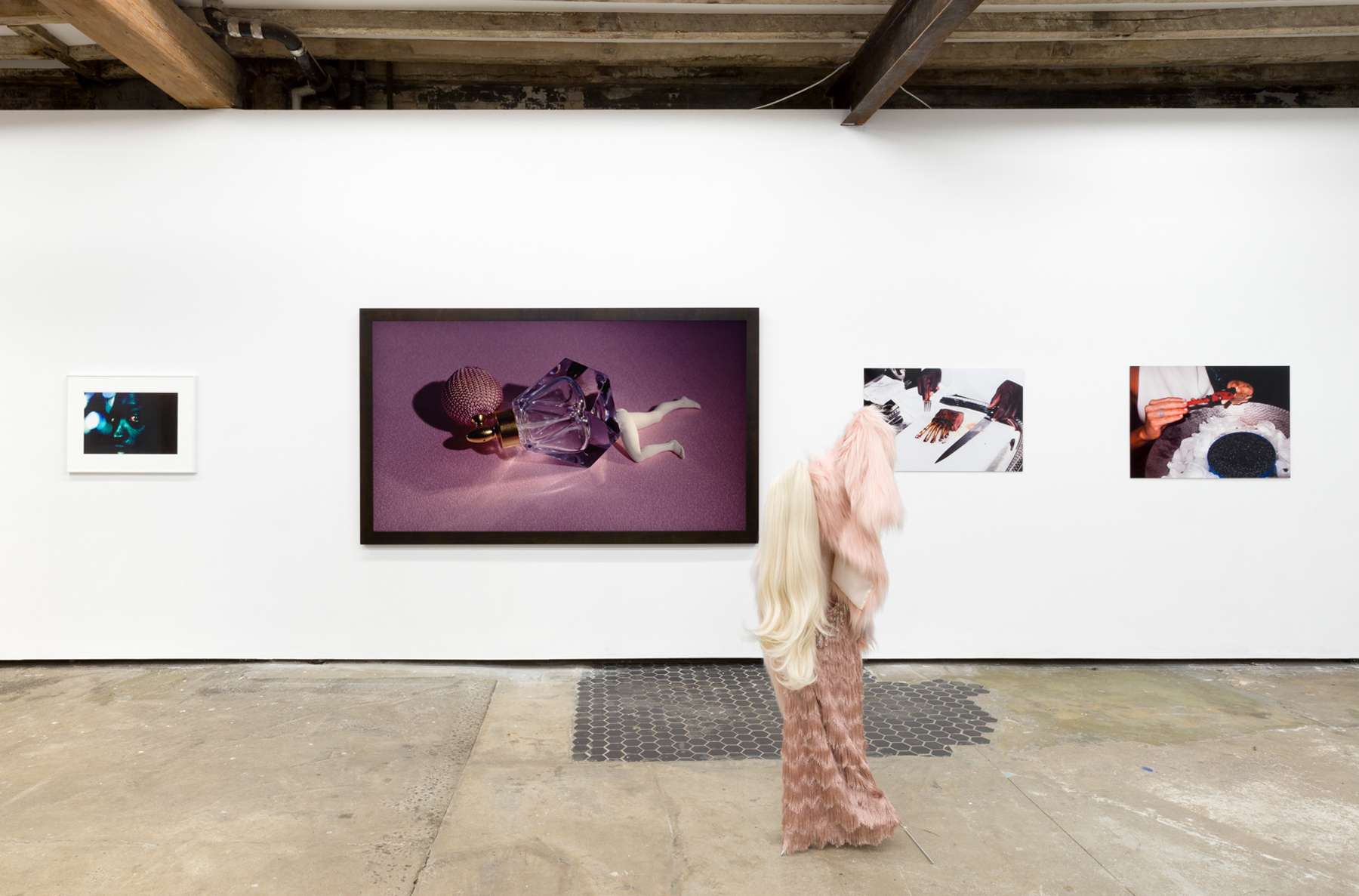 "Blood has a seemingly impossible job: It must flow continuously and smoothly throughout your body for an entire lifetime, but quickly shut off to prevent spills when you get a cut or injury.

Blood clots are healthy and lifesaving when they stop bleeding. But they can also form when they aren't needed and cause a heart attack, stroke, or other serious medical problems." — WebMD

"I like to say that not looking at problems is how problems are prolonged. My camera is a witness to those who would easily go overlooked or consciously avoided. I’m looking at what society wants to forget. I want to shine a light on the fear behind that and show that there’s really nothing to fear in the universe." — Khalik Allah

Jessica Craig-Martin often crops forth subject's eyes out of the frame, occluding identity. She is not interested in exposing identity; instead she uses the camera to capture her subject's desire for approval; optimism, the vanity and fragility. These vulnerable "everywomen" and "everyone" may well feel safer in their carapace of moneyed glamor, but the poverty inevitably slips.

Ross Knight represents “human stuff” as slick, shiny, and stylized, which only makes the cleavage between his urethane constructions and the organic originals inspiring them more apparent.

Megan Marrin's paintings are stunning for her careful and evidently laborious brushwork, but also because they freeze, on a grand scale, a rare phenomenon that allows us to witness life at its climax, followed by death, within such a short span of time. Her subject is imbued with a sense of destined wilt—erupting from a bed of blackened petals, the deflated spathe, in seasick beige, resembles a chewed-up ballet slipper.

"Right now I don’t think painting can be anything but history painting. My work does not support the idea of originality, so repetition is what’s left. It is the subtle difference, and overlap, between the warmth and sorrow of biography, and the cold detachment of history. The portraits are very hard, the face, the mask, the edited “reality,” the infinite-resolution drawing. The ghost paintings are soft, the recession, the uncertainty, the copy, the fading echo." — David Ratcliff

"I have never once thought of darkroom photography as having a charge of preciousness. It’s a highly toxic, unstable, and intensely controlled process. For me, it’s also a strenuous, emotionally draining, bipolar performance that happens alone and in the complete darkness." — David Benjamin Sherry

“I’m all about the complexity of the human condition. It’s possible to appreciate my very whitewashed suburban upbringing at the same time as knowing that there’s a surface and then an underworld that’s very dark.” — Laurie Simmons

"The mouth is a genderless and democratic orifice and the only gateway into our bodies with built in weapons. The mouth can scream, call for help, protest, or negotiate. In the event of paralyzing fear and entrapment, we bite involuntarily like animals. Teeth are not bone, they do not contain marrow and therefore do not produce red or white blood cells. Since teeth are 90 percent minerals, they are significantly stronger than bone, but cannot heal or regenerate once broken." — Kevin Tobin