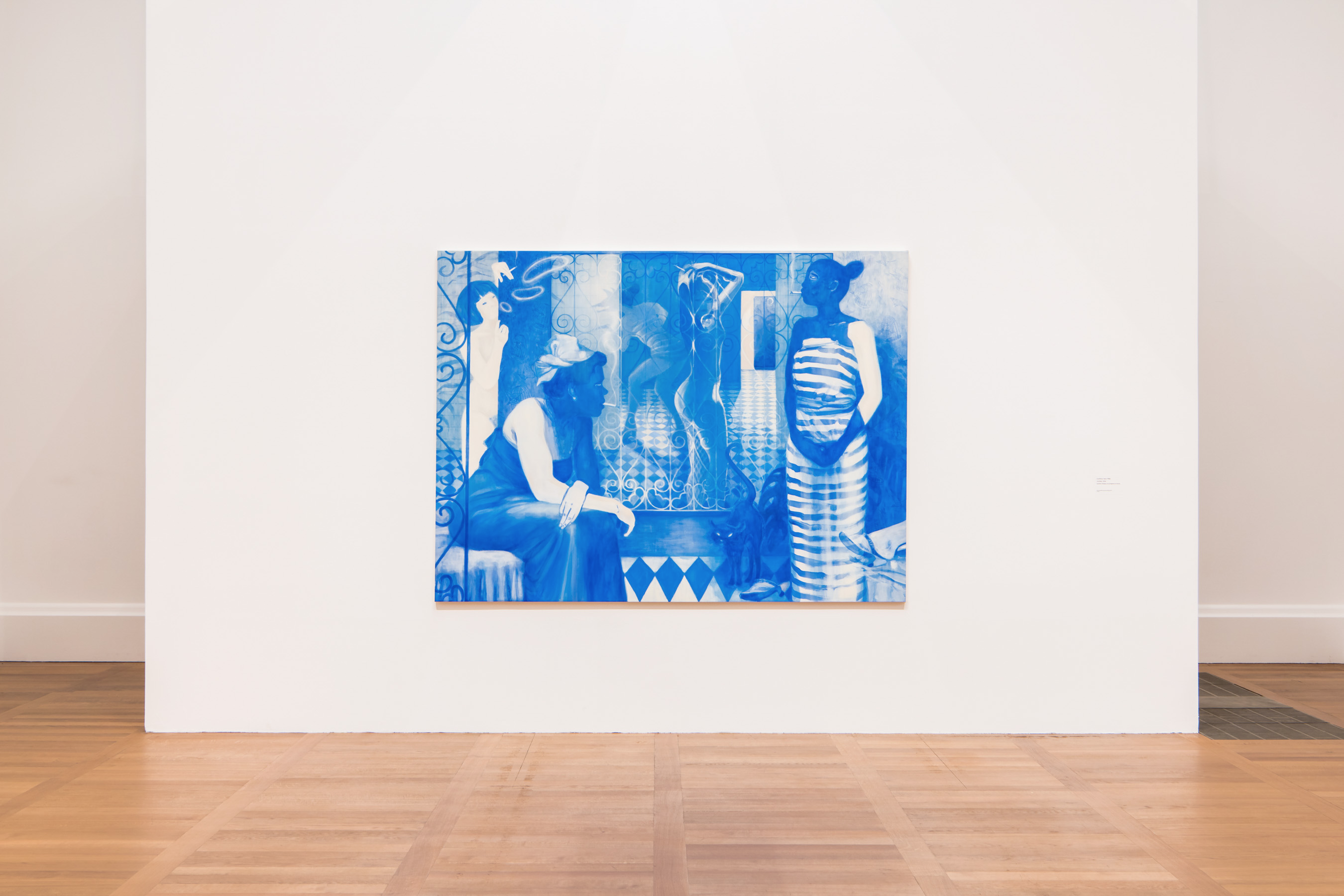 Large-scale new and recent paintings which address the longstanding art-historical tradition of the female nude.

Lisa Brice is a South-African born, London-based artist. On show at Tate for the first time, Brice’s work includes large-scale new and recent paintings which address the longstanding art-historical tradition of the female nude. Shown alongside sketches, drawings and studies, her paintings recast female subjects from art historical paintings, photographs and the media into new environments, imbuing them with a newfound sense of self possession.

Brice captures women in moments of down-time, engaged in a private world, performing everyday rituals. Her work reverses the traditional portrayal of passive female figures by male artists for male viewers and returns power to the women involved. They appear to display themselves on their own terms and for their own pleasure, forcing the viewer to confront their status as an intruder rather than a benign voyeur. The women’s poses often nod to art historical sources, such as the work of Degas, Manet, Picasso and Vallotton, meanwhile several paintings draw on or respond to Tate’s collection, including John Everett Millais’ Ophelia.

Art Now is a series of free exhibitions at Tate Britain focusing on work by emerging artists.

Made possible with the kind assistance of Stephen Friedman Gallery

Art Now: Lisa Brice is curated by Aïcha Mehrez and is supported by the Art Now Supporters’ Circle.