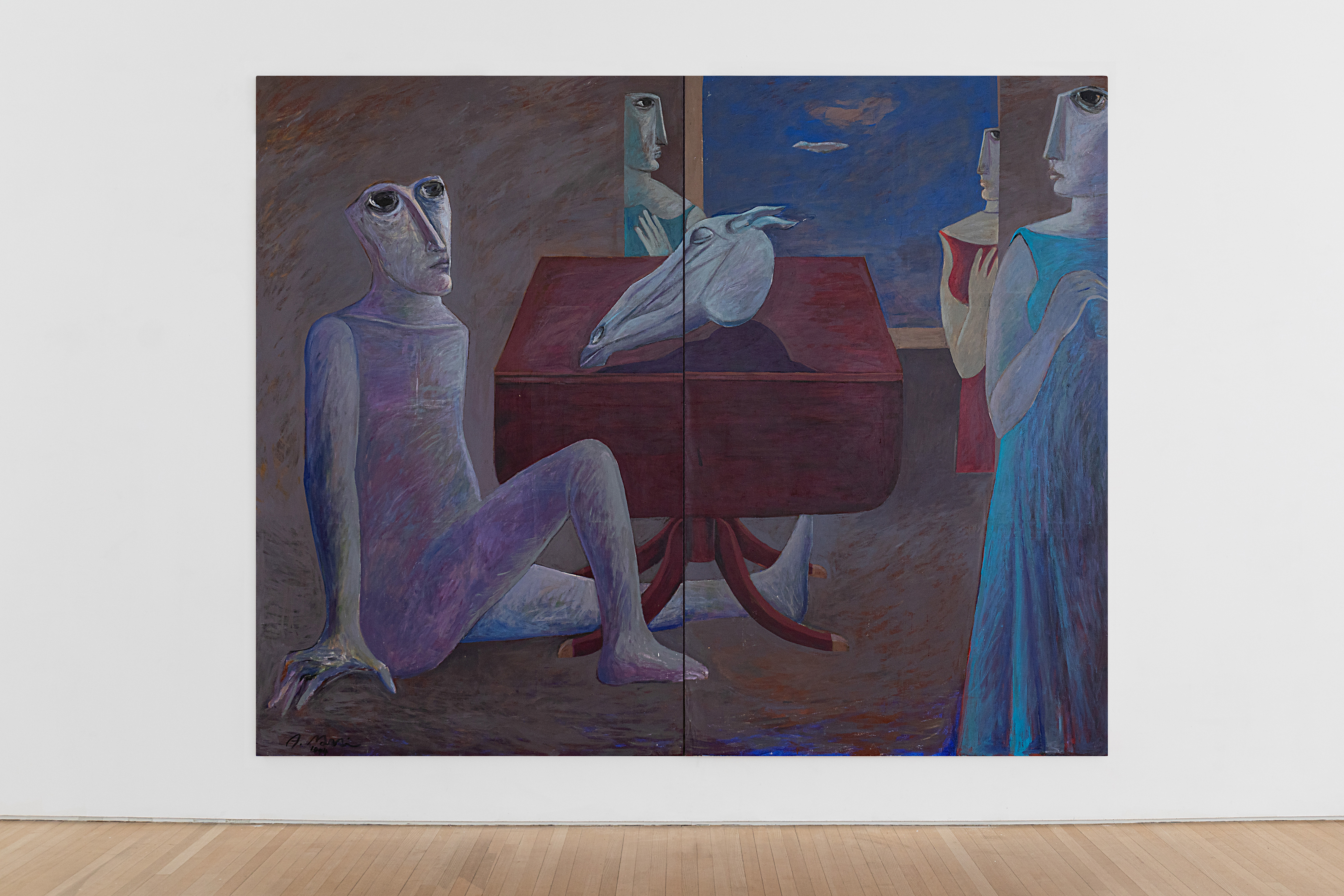 It has been said that Ahmed Morsi (born 1930) "paints his poetry and writes his paintings." With a seven-decade oeuvre that spans paintings and poetry composed in his birth city of Alexandria, Egypt in the late 1940s and 1950s to more recent works from his New York studio where he has resided since 1974, Ahmed Morsi is the most prominent living Egyptian artist of the twentieth and twenty-first centuries. His work has been celebrated and collected throughout the Arab world by public institutions and preeminent private collectors.

Salon 94 presents emblematic Morsi paintings made between 1971 and 1996, showcasing his unique figurative style, characterized by their dream-like narratives and unconscious, fragmentary invocations of his Egyptian homeland.

Morsi's unique language metabolism of Surrealism can be seen in works such as Walking the Bird (1971)—whose sister painting is part of the collection of the Museum of Egyptian Modern Art in Cairo—which is emblematic of Morsi's style and narrative preoccupations. Typifying Morsi's concerns are the theatrical architectural space and work's sun-drenched palette that evoke timeless, atmospheric memories of Alexandria. Figures in Morsi's work often appear to be androgynous and somewhat mythical creatures, oftentimes blending animal and human features such as in the untitled close-up, double portrait of a man and a horse. These empathetic human-animal depictions are heightened through Morsi's signature rendering of the figures' enlarged eyes as their most dominant feature. These mysterious eyes not only conjure the Egyptian mythological Eye of Horus—an ancient symbol of sacrifice, healing, and protection—but also evoke the primacy of visuality as the motor of his work as both a poet and painter. As Morsi has said, "images stored in the visual memory" are the well-source of his dual practice.