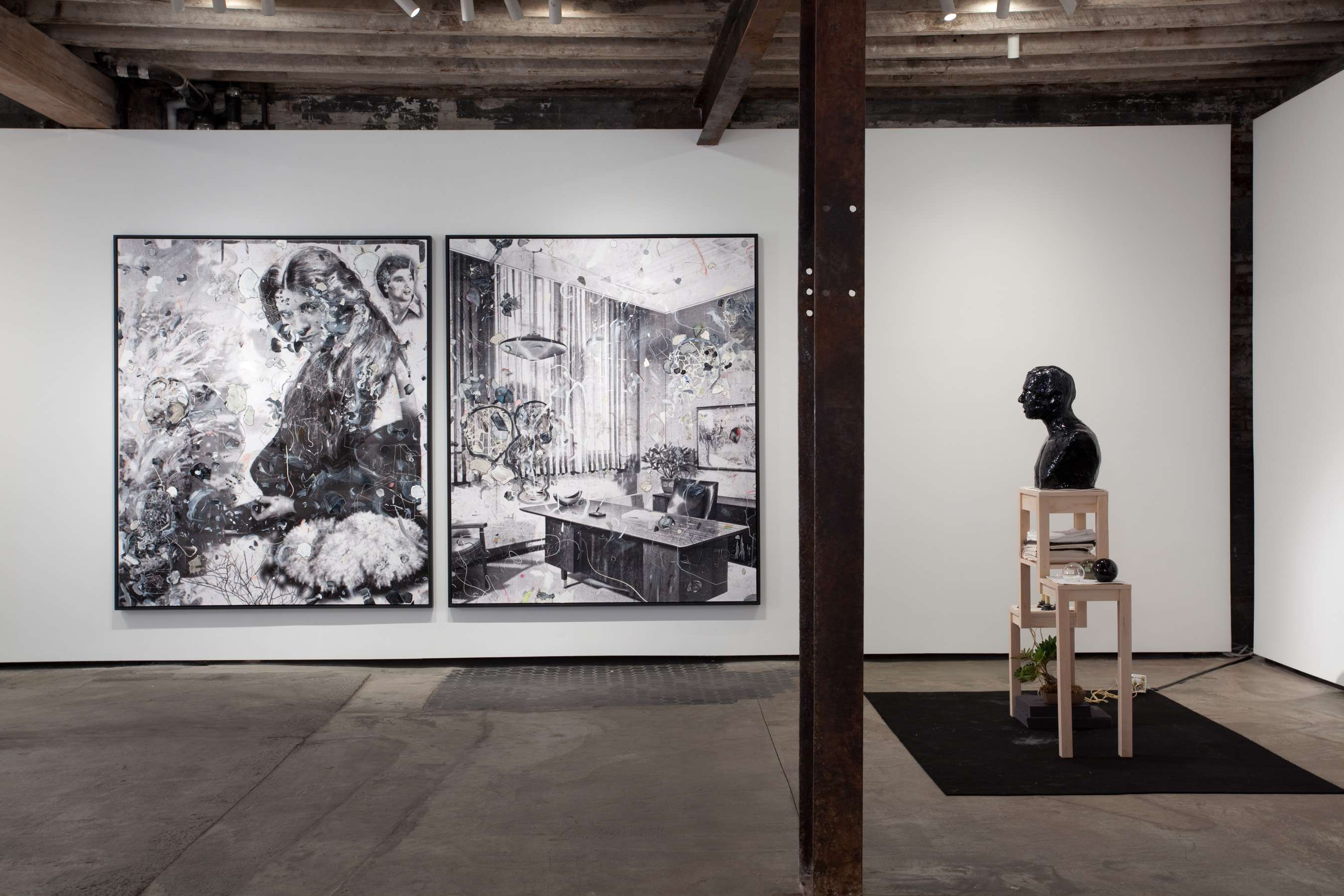 Carter And Within Area Although

An exhibition of new work by Carter

Salon 94 is pleased to present And Within Area Although, an exhibition of new work by Carter. It is the artist’s second solo show with the gallery following his 2007 debut. The show will feature new large-scale paintings continuing Carter’s exploration of film sets, interiors, and display.

In his largest paintings to date, Carter has created complex and ornate surfaces comprised of digitally altered and collaged photographs, Roy Lichtenstein-influenced collaged brushstrokes, lyrical passages of ink drawing, collaged paper forms, and acrylic paint. The photographic images of 1940’s and 1950’s interiors serve as stages for an unseen action.The artist’s markings and erasures are the remnants of the past lives of the rooms. Several paintings depict a generic modernist sculpture that resembles the backside or otherwise unseen side of a figure.Devolution and evolution are wrapped into one, a common theme in Carter's work. Large swaths of art historical references, including Pop-art, Art Deco, Abstract Expressionism, modernist sculpture, and ancient Greek and Roman busts, allow the work to be placed in several spaces at once. The mixed use of paint and drawing with photography pushes the work to float between genres.

Carter’s amorphous portraits in the form of a head in profile are echoed by images of anonymous Greek and Roman busts and figures taken from 1960' and ‘70's advertisements.A large image of a woman, existing in an ambiguous time frame, reads as an anonymous portrait; she appears familiar while remaining unknown.

A sculptural ensemble featuring a life-sized black portrait bust, folded garments designed by the artist, and flickering candles is placed at the center of the gallery. It stands as yet another "unknown portrait” in maximum flux.

Carter was born in 1970 in Norwich, CT and lives and works in New York.His work has been shown in the 2006 Whitney Biennial, the Saatchi Gallery, Fotogallereit, Oslo, and Museion, Bolzano, Italy.His film Erased James Franco has been screened at the Museum of Modern Art, New York, the Tate Modern, and the Cleveland Museum of Art.It will screen at the San Francisco Museum of Modern Art and the famed Castro Theater in November 2009.