And Within Area Although | Salon 94 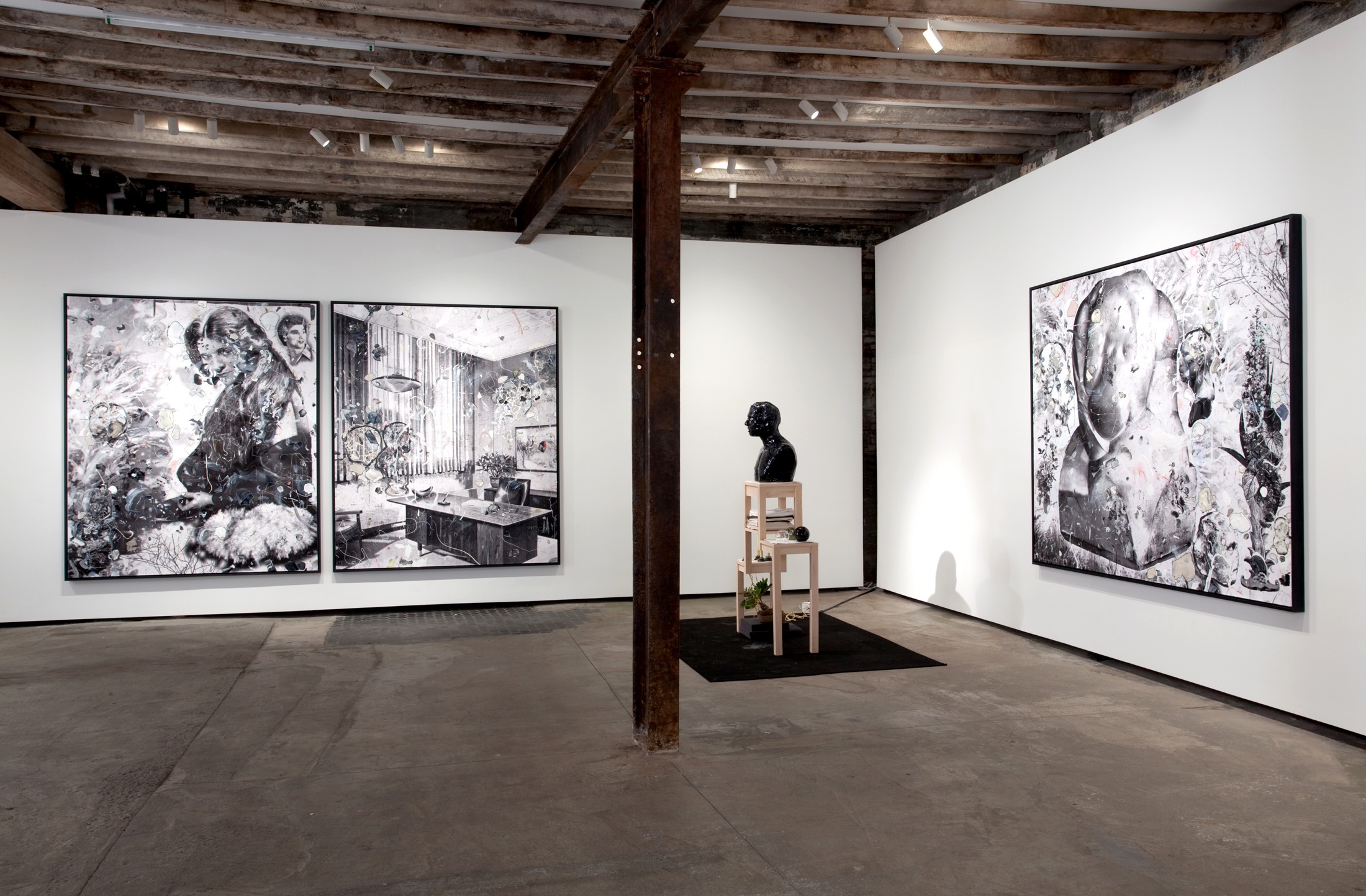 And Within Area Although

Salon 94 and The Project are pleased to present Stasis/Front, a joint exhibition of new works by Carter including large-scale paintings, drawings, sculpture and video work. The show pursues Carter's ongoing investigation into portraiture, transformation, disguise and fragmented histories.

In his complex collaged paintings, Carter depicts abstract silhouettes emerging from landscapes of paint, each brush stroke meticulously cut out and placed on the canvas, creating a hybrid of collage and abstract painting. With isolated mark-making and juxtaposed styles, for example mannered graphic strokes inspired by Lichtenstein, these are both reflections on painting as a process and an evocation of fragmented identities. As portraits, their characteristic is to identify, but a prominent trait of Carter's gesture covers up as much as it reveals.

A series of eight sculpted busts of anonymous, forensic-like figures are brought to life with artificial hair and eerily realistic prosthetic glass eyes and are covered in a glossy resin that seems to freeze them. Like an arrested moment in a developing Polaroid or in a Daguerreotype in the making, these figures beg for identities as they appear to be in a perpetual state of becoming. Existing in an undetermined time, with history and sexuality in flux, the figures are given the impossible task of being both self-portraits and portraits of anonymous figures.

Carter's new video work and Polaroids often amplify a mundane event, such as walking across a room or picking up a glass of water. In Leg Model (2007) for example, the artist films himself cumbersomely walking while maneuvering a full-bodied dummy. By framing the action from only the legs down, the artist chooses to leave out crucial information on what or who is being captured. This labor is at once exhausting, frustrating, and poignant. The artist himself is transformed into his dummy doppelganger.

Carter (b. 1970) received his BFA from the Maryland Institute, College of Art and MFA from University of California, Davis, 1997. Recent solo exhibitions have included HOTEL Gallery, London and Jack Hanley, San Francisco. His work was featured in the 2006 Whitney Biennial and "USA TODAY" at London's Royal Academy. Upcoming solo exhibitions will include Georg Kargl Fine Art in Vienna (2007).