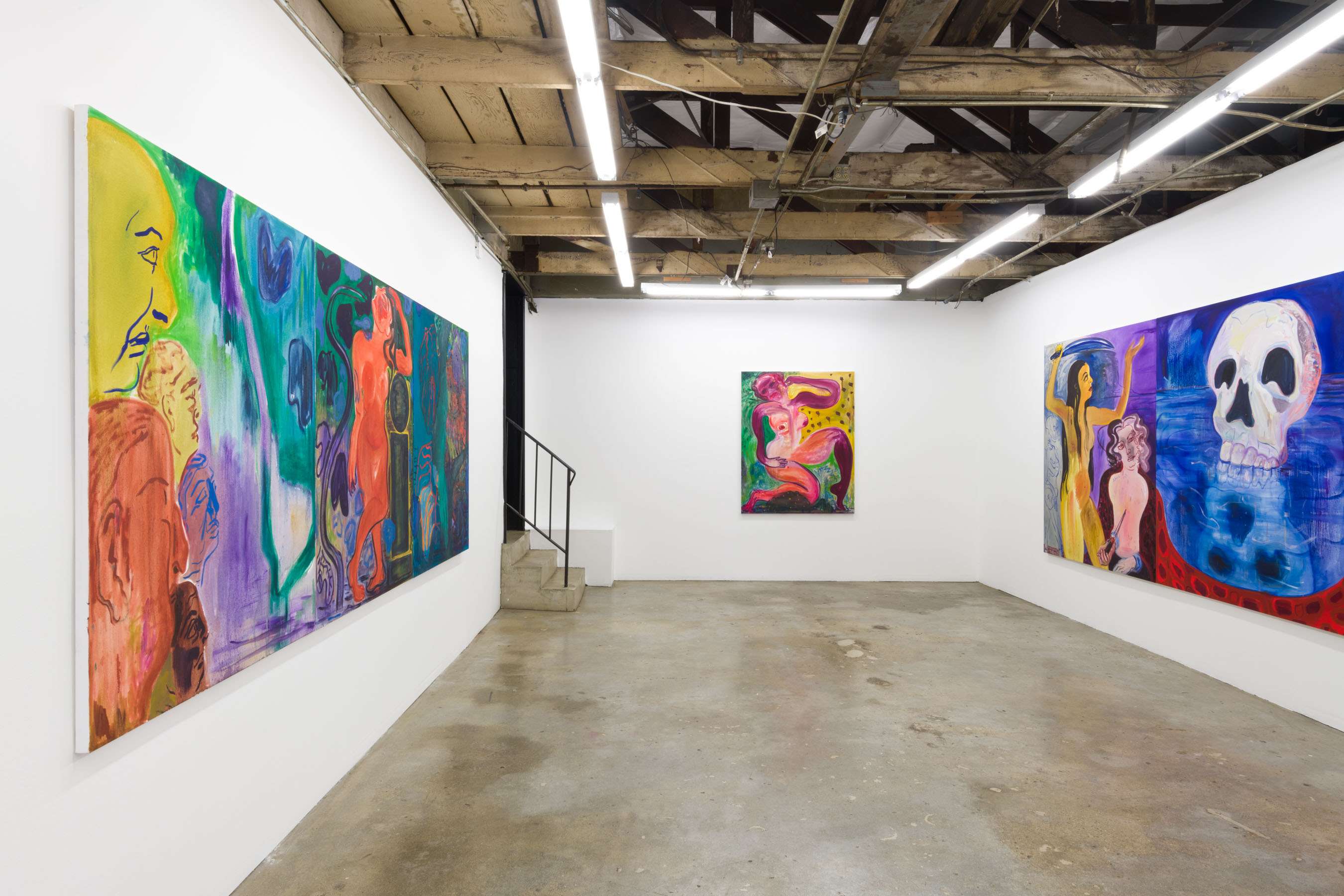 A solo exhibition by Amy Bessone.

The Pit is pleased to present Reclamation Island, a solo exhibition by Los Angeles based Amy Bessone. The exhibition will run from March 3 - April 13 with a public reception from 4-7 pm on Sunday March 3, 2019. Reclamation Island focuses exclusively on Bessone’s painting practice. Included in the gallery are two large scale triptychs serving as the exhibition’s focal point.

In service to Bessone’s large scale, immersive, historically referent triptychs In the Valley of Exes (60 x 144 inches) and Weapons were Drawn, Sacrifices were Made, Battles were Waged, Pleasure was Had (72 x 180 inches) is a controlled, elegant installation of four paintings in The Pit gallery. These two large works make-up the crux of the exhibition. In the Valley of Exes is painted with a lush green and blue color palette, creating a more environmental scape populated by figures. The painting’s expressionistic approach brings to mind artists such as Elvira Bach or Markus Lüpertz. At the center of the work, which flanks the long entrance wall of the gallery, is a nude female figure. She is gazed upon by gawking male figures on the left panel. From the right panel, a massive singular eyeball, bringing to mind Guston’s cyclopian abstracted archetypal figures, looks out from its hiding place amongst plants.

On the opposing wall is the even larger painting Weapons were Drawn, Sacrifices were Made, Battles were Waged, Pleasure was Had. Unlike it’s facing neighbor, this triptych is made from three distinct panels, each painted differently and featuring a unique archetypal image made singular through their juxtaposition. The left panel consists of three figures; two naked women holding blades and a skeleton. The central panel focuses on a large skull springing up like an island from a murky body of water. The right hand panel is painted in a reduced color palette of black and red depicting a nude woman on all fours. Whereas In the Valley of Exes creates a cohesive environment and mysterious narrative based on the display of the nude female’s body, the second triptych reads as three singular pictures in conversation purely by their proximity to one another.

Bessone’s works in Reclamation Island are historical, referential, and symbolic. They stand heartily in conversation with and in contrast to the canonized depictions of the female nude. Her subjects find joy, humor, and pride in the tragedy that’s been handed to them and, through this, Bessone is able to carve out her own space in the ongoing story of painting.