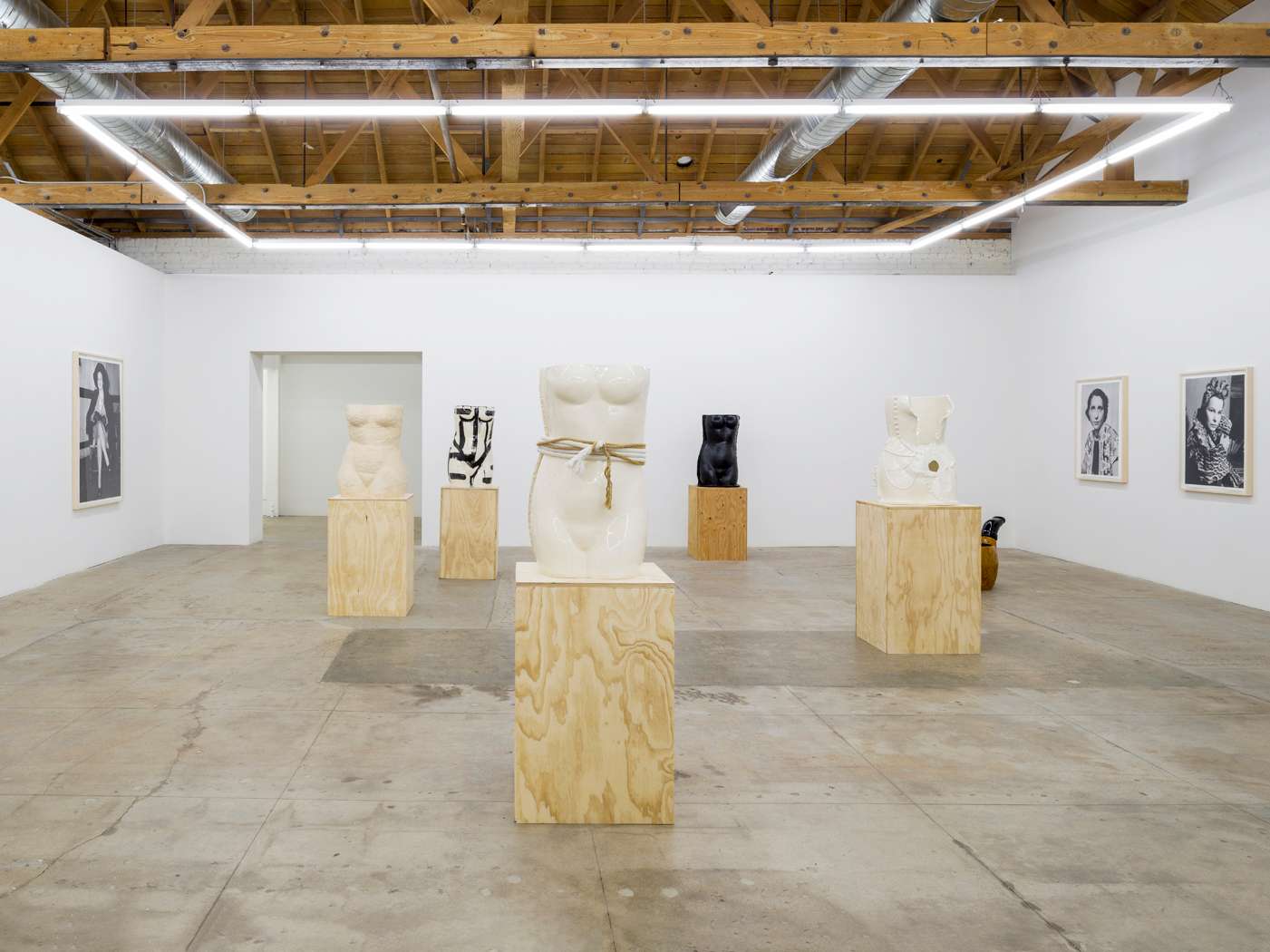 Amy Bessone In The Century of Women

Gavlak Los Angeles is pleased to present a solo exhibition of new work by Amy Bessone. In Bessone’s oeuvre seriality is a recurrent device. This exhibition focuses on two new series: figurative sculptures and a print edition based on discarded images of divorcées from newspaper archives, dating from the 1930’s-1970’s.

Although primarily known as a painter, over the past twenty years Bessone has been something of a shape-shifter, addressing her core concerns with a free-range approach to style, form, artistic lineage and media. Classicism, Modernism and Surrealism remain touchstones in Bessone’s work. Her reassessment of the art historical could be described as lovingly subversive. Meditations on the female body as objects of desire, sites of projection, and embodiments of power, love, joy, sensuality and spirituality manifest a resistance to the academic as well as to social constraints.

Bessone’s sculptures, executed both in bronze and ceramic, assume the shape of a truncated female torso. Taking the blank vessel as a starting point, the artist glazes, paints, marks, incises, makes additions, edits, deconstructs, reassembles, binds, casts and presents this legion of women. In the exhibition, the torsos are counterpointed by a series of painterly, ceramic pipes, possibly a sublimated male presence in a psychosexual landscape.

The prints, by contrast, have an almost clinical feel to them. Their light-handed presentation reflects their origins in the ephemera of newspaper archives. A limited edition artist book entitled The League of Divorced Women, has been produced in conjunction with the exhibition. The stories within both illuminate the print edition and obfuscate meaning, and include a wide range of narratives from the comic to the tragic as well as pointed silences. Bessone’s work holds space for complexity; not least of all for the complexity of relationships between women and men, particularly those (un)bound in matrimony. Finally, Bessone subverts the divorcée prints by introducing painting and mark making onto those images, thus coming full-circle back to her medium of origin.

Amy Bessone was born in New York in 1970 and currently lives and works in Los Angeles. She completed her studies at De Ateliers, Amsterdam, The Netherlands in 1995 and since that time has been included in exhibitions at numerous institutions including: Kunsthall Stavanger, Stavanger; F.R.A.C. Bretagne, Rennes, France; The Portland Institute for Contemporary Art, Portland; The Museum of Contemporary Art, Miami; The Palm Springs Art Museum, Palm Springs; Taubman Museum of Art, Roanoke; Museum of Contemporary Art Los Angeles, and The Rennie Collection, Vancouver. Her work is currently on view in No Man’s Land at the Rubell Family Collection in Miami.