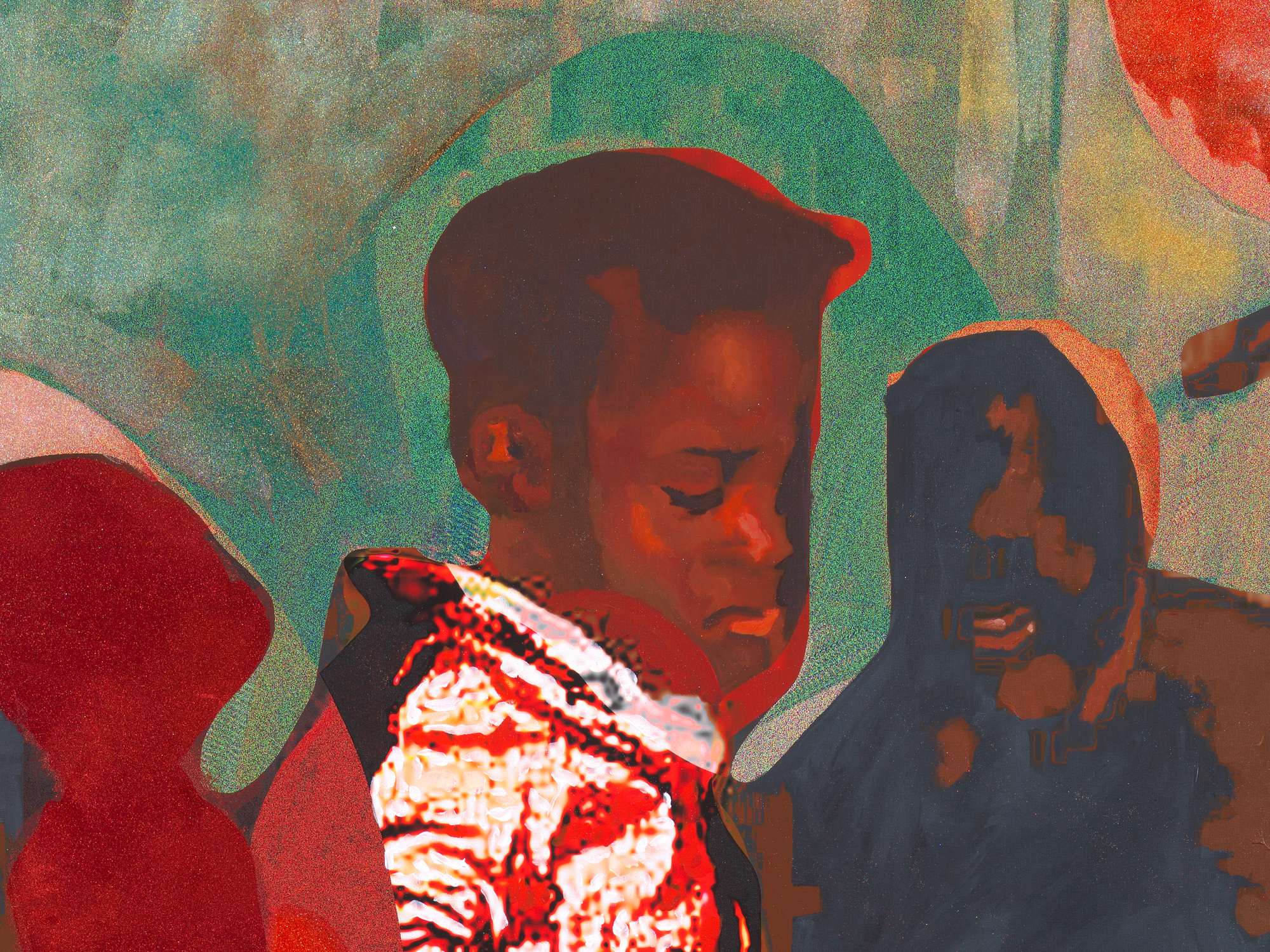 Amani Lewis Nothing Remains The Same 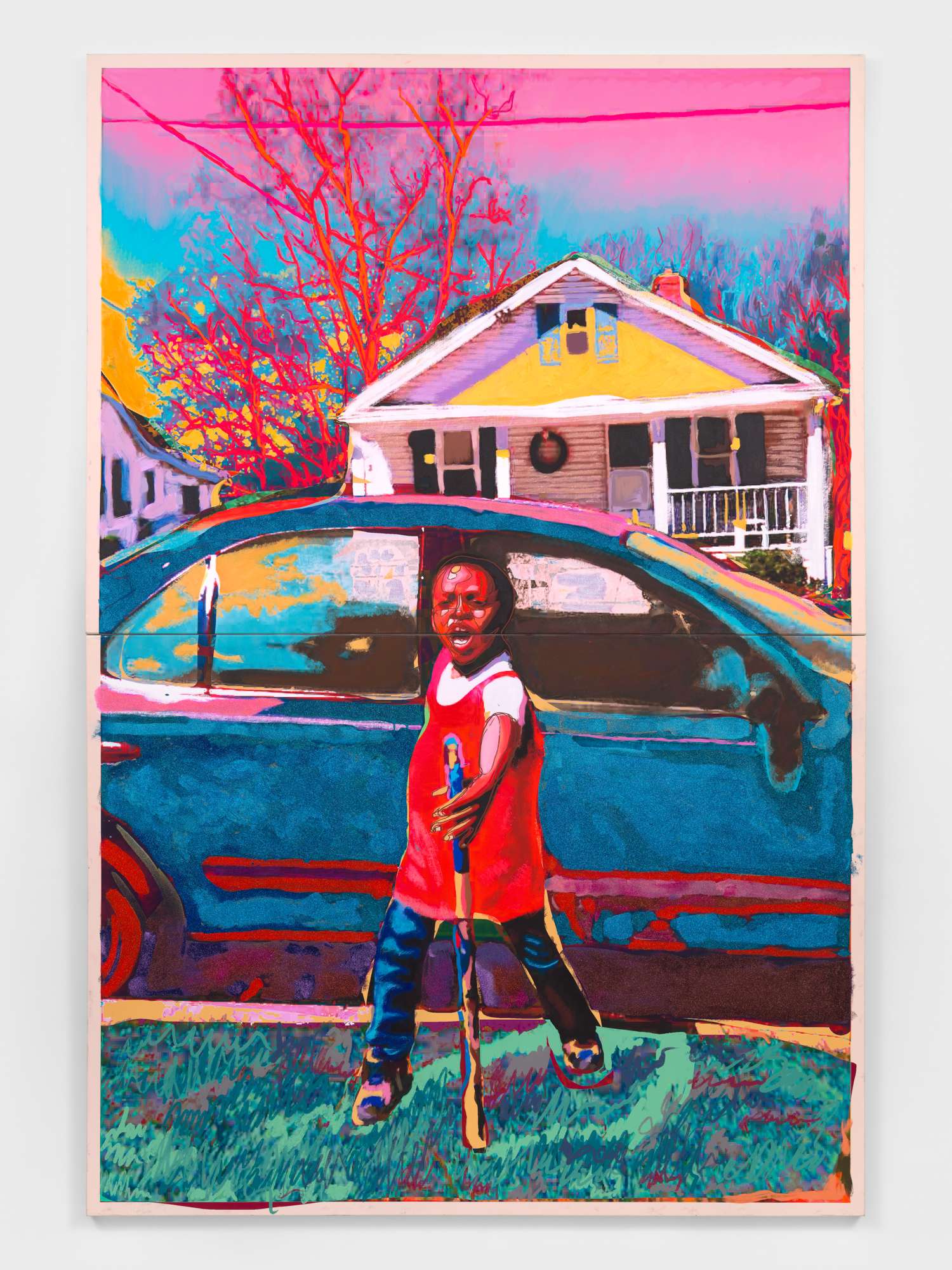 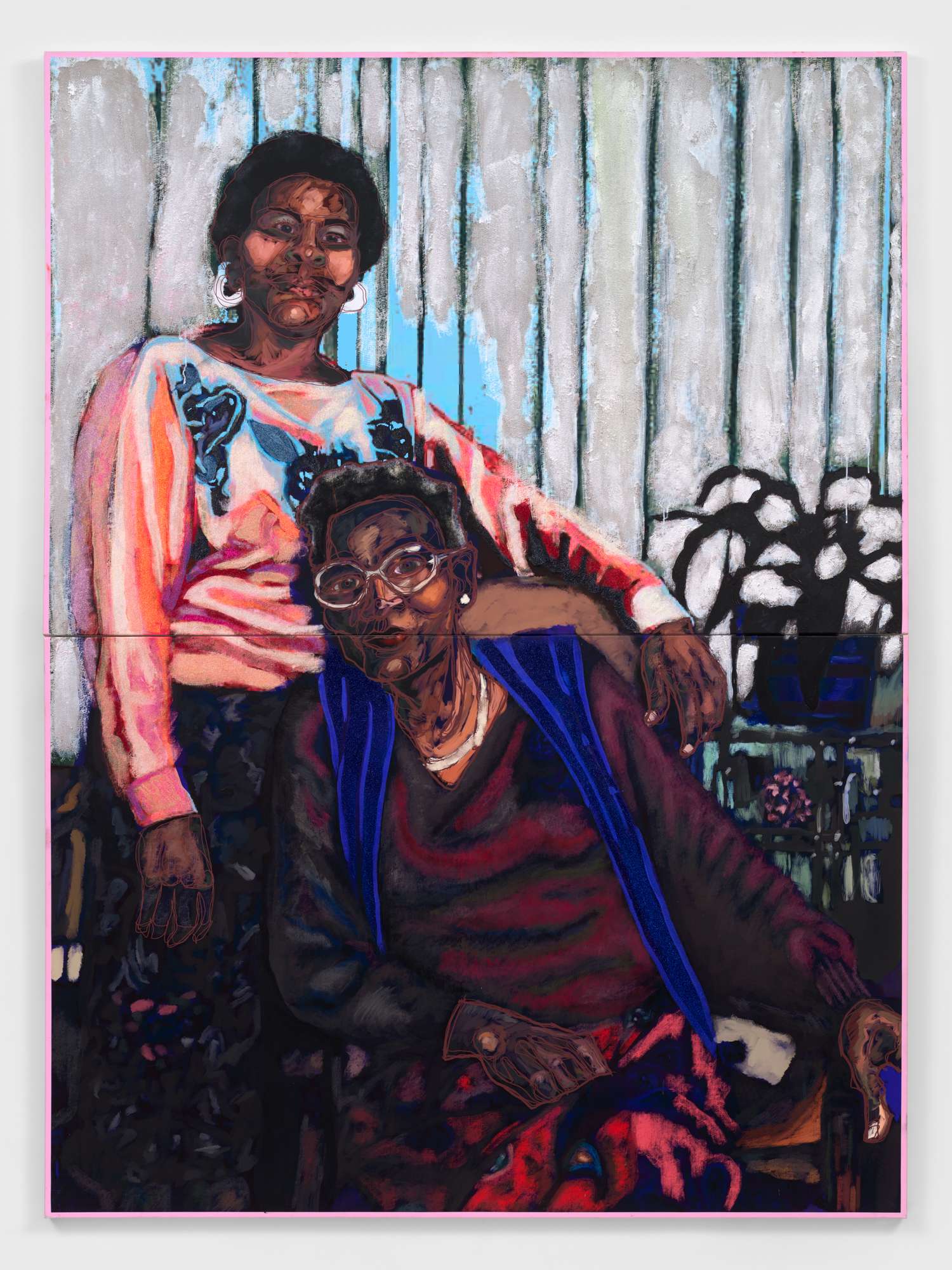 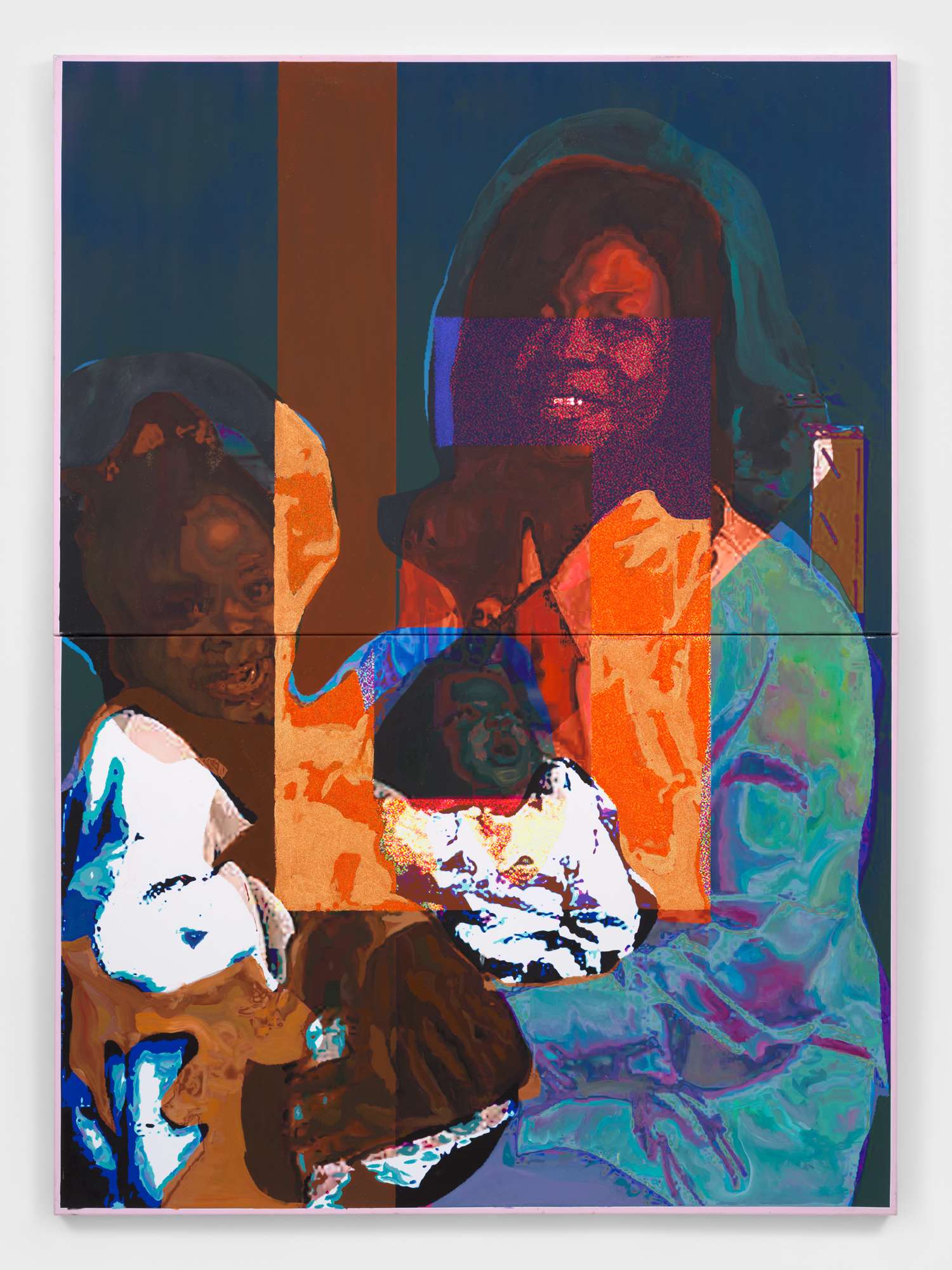 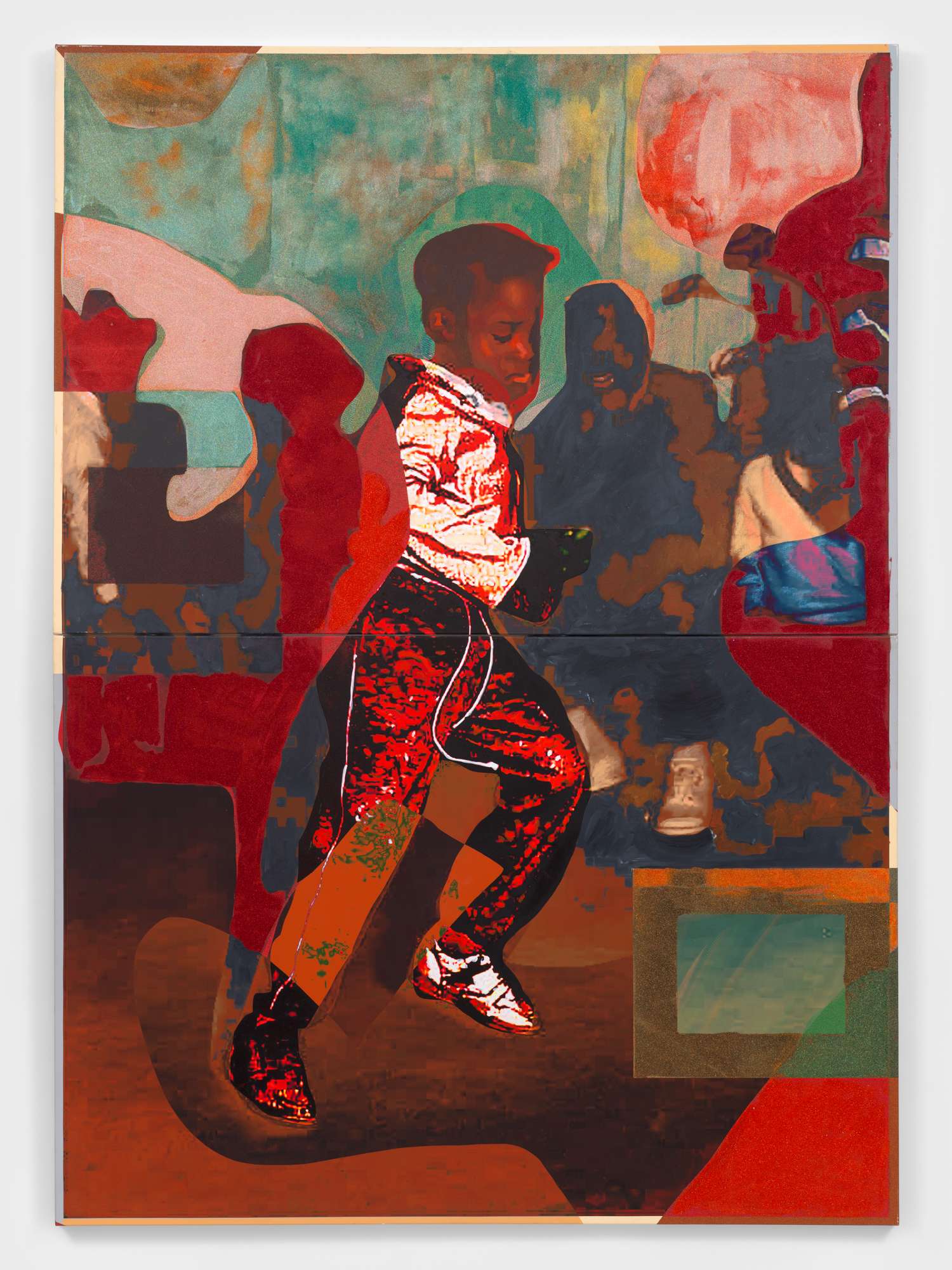 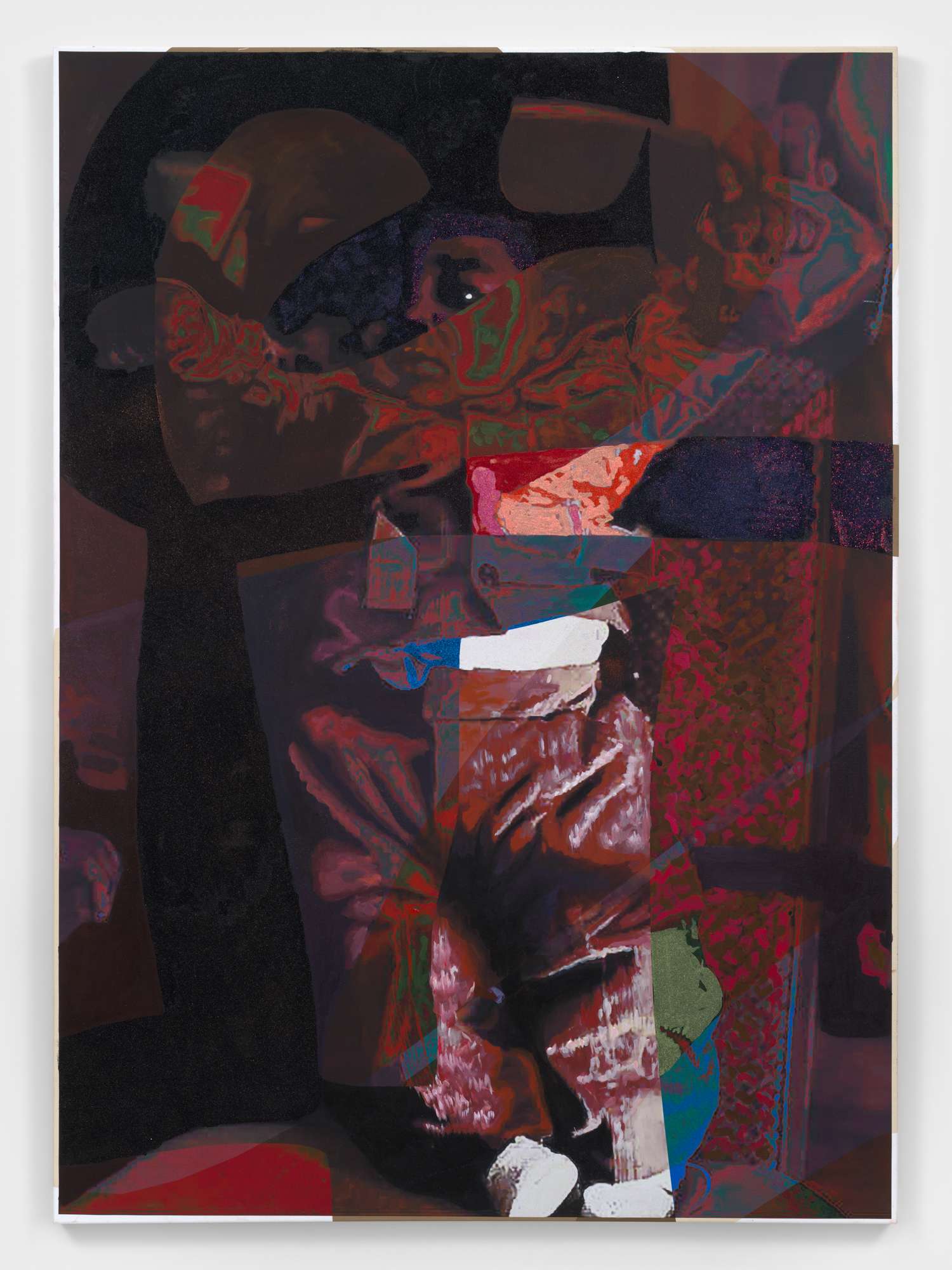 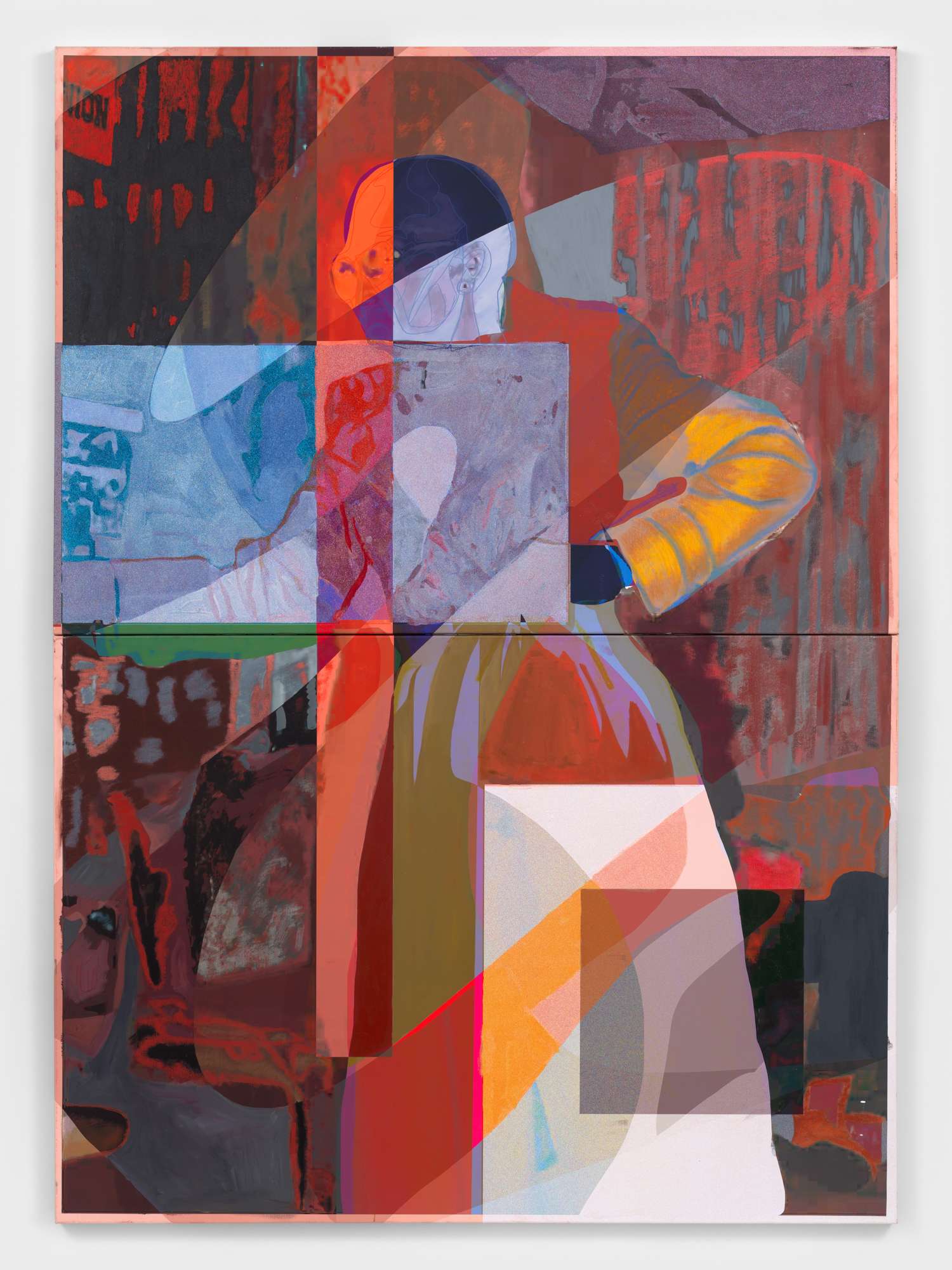 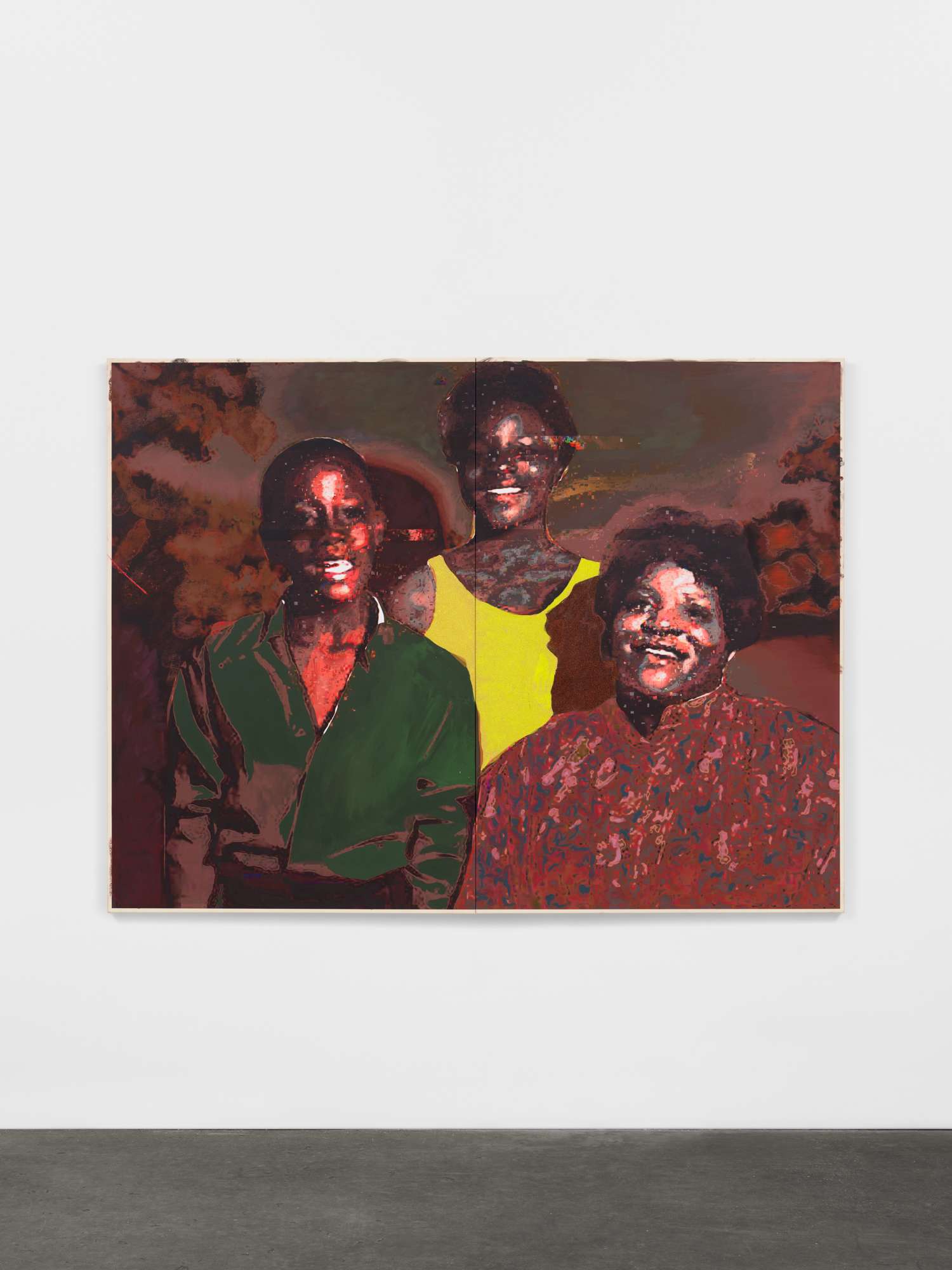 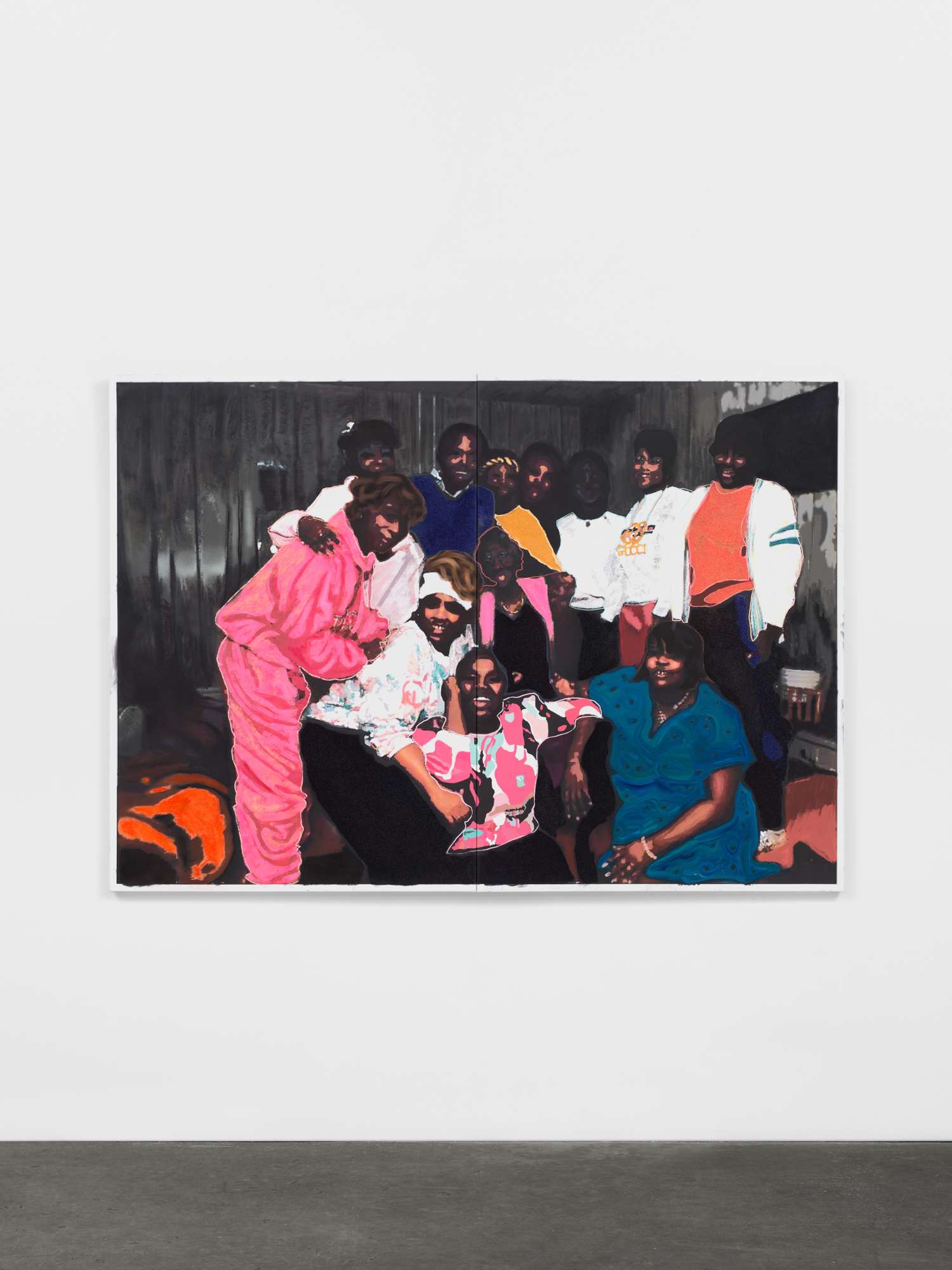 Nothing Remains the Same marks many firsts in my practice—the first time working at this scale, and the first time centering my family as a collective body of work. My practice typically focuses on how I can show up and support my community with the resources I've garnered as an artist, but for this exhibition I decided to focus on myself and my family histories. I knew that to conjure and achieve an accuracy in the sensation of complicated family dynamics in this space, I needed to build multi-panel works that towered over my singular position within this larger Black legacy. There are unspoken challenges that changed the nature of my relationship with certain members, but in acknowledging them in this work, I implement the practice of release towards healing.

During the pandemic, Lewis went home to Baltimore. Having never painted themself or their family, they documented family members, capturing video and audio recordings and mining family photo albums as source material. The result, Amani Lewis: Nothing Remains the Same, meticulously combines storytelling, the spiritual, and hometown imagery in a new series of monumental works.

Faded in both memory and time, faces are obscured or abstracted, yet Lewis’ great-great-grandmother Mary, whom Lewis never met, comes into close focus. Signature outlines—like veiny roots on the faces and fingers of Lewis’ elders, as in Mother Mary and Brenda—are the unifying and fragmenting traces of time. Here, Lewis’ great-great-grandmother Mary’s hands are mapped and marked with an elegant endurance, each crease an indicator of the fiery, feared, and respected matriarch’s force and determination. Lewis, in speaking with their great grandmother, grandmother and aunt, reflected on the memory and experiences of Mary. They spoke about how she worked full time and was also the caretaker for her grandchildren and great grandchildren. They said it was hard to like her, because she, like many elders, was trained to not speak about her pain or burden others. With this being said, they spoke of an emotional detachment to Mary, and not until their twenties did they finally sit down with her and ask about her story. These conversations changed their bond forever. Lewis got to know Mary through their lense.

Lewis asks us to reflect on the responsibilities and tensions within family relations, and the possibility of easing them by sharing—either the burden, or the unspoken, or both—with transparency.

Centered over the fireplace in Salon 94’s Wood Room, Ayyyy it’s a family reunion! Bring all the girls here!, features a group of female relatives, the young ones in their 80s streetwear. Upon first study of the source photograph, Lewis was amused to see so many faces they didn’t recognize, which stirred questions in them as to who these relatives were, and why they faded away. Lewis partially shadows the subjects’ faces, communicating an unfamiliarity with some.

The eight paintings in Nothing Remains the Same allude to the place, role, and responsibility of women within the Lewis family, and establish spirituality as cornerstones of Lewis’ home experience. When you get the chance to sit it out or dance...I hope you dance depicts a child (Cousin Tiffany) in motion—knee up, elbow back—jiving within an ecstatic palette of reds and oranges. Religiosity and movement thus emerge as the binding glue, in lieu of conversation. Lewis says in Black family life, dance is an integral part of gatherings and a form of expressing spiritual moments.

Lewis’ fine art beginnings in photography and graphic design continue to underlie this series, a clear nod to Romare Bearden and Robert Rauschenberg. The many stages required to produce a composite painting begin with a source image (in this case, a family photograph) that Lewis then digitally alters, emphasizing and extracting moments that articulate a particular stance, gesture, and story. The digital collage is then screen printed onto canvas, whereupon its surface is further treated, or tended to, with paint, pastel, and glitter. Looking at We barely knew her... but one did we did know was...she was the flyest of them all. Ms. Mary, the process reveals itself: one may observe curved, kinetic swaths digitally cut from the image alongside the often blocklike aesthetic of a screenprint, all bearing the aforementioned surface materials.

Lewis’ thoughtful approach and practice is based on a commitment to human well-being, healing, and care, which is evident in the tenderness of their work. Says Lewis, “A goal of mine is to make room to receive and to give more love. Sometimes to do that, you have to release trauma or pain. Looking inward, acknowledging that which is inside of you, and letting it go is an important practice, and a practice I had to exercise while making this body of work.”