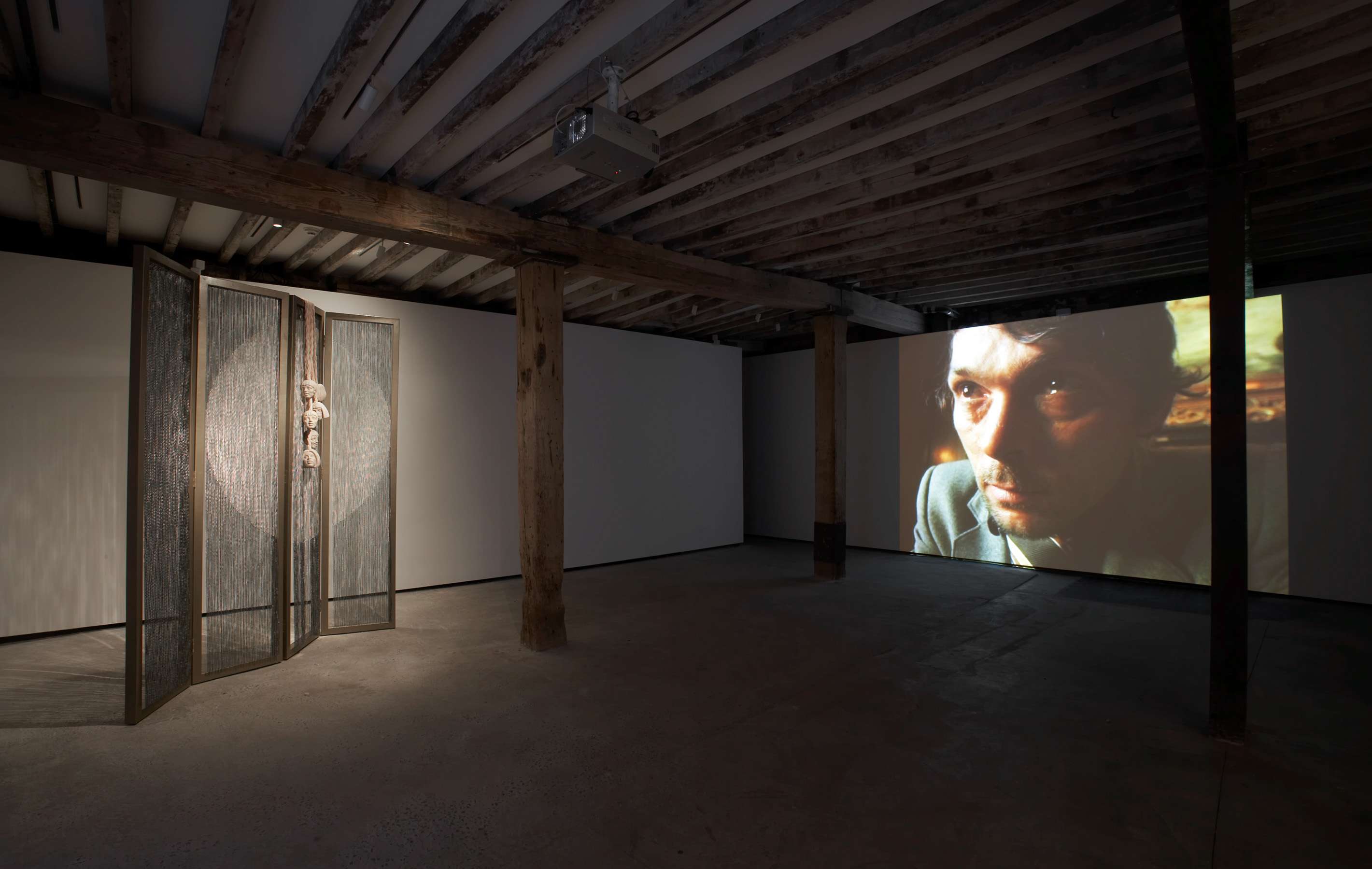 ​Salon 94 Freemans is pleased to present Lulu, Aïda Ruilova’s second solo exhibition with Salon 94 and her first at Salon 94 Freemans. Lulu, a single channel video projection, premiered in May 2007 at the ZKM Karlsruhe, Germany.

Lulu originally appears in two plays by Frank Wedekind, Pandora’s Box (1902) and Earth Spirit (1894). She is a chameleonic character who morphs into what each of her suitors desires her to be. She is the ultimate femme fatale, destroying the men who fall in love with her at the end of each act and in the last act causing her own violent death. While she shifts her identity, she is forced to reenact in each instance the death of the love that she consumes but barely gives herself to. To German art critics of the time Lulu was the ultimate work of art, creating and destroying her identity at the end of each act. Lulu represents both life and death in the same instant; she is a vital, self-destructive force, a metaphor for the clash between instinct and civilization.

Ruilova’s adaptation of the story is part of a lineage of Lulu’s that stretches through the 20th century. In 1929 She is portrayed by Louise Brooks in the silent film Pandora’s Box. She is the title role in Alban Berg’s 1937 opera. She is played by Edie Sedgwick in a stage adaptation of Berg’s opera by Richard Leacock. Ruilova has been inspired both by the character herself and by her many incarnations.

In Ruilova’s Lulu, three male leads portray Lulu. The recasting of the very traditional female role of the femme fatale with three male actors who constantly change roles allows Ruilova to play with gestures of seduction and destruction. This gender switch provides an ambiguity, an appeal to both men and women, inspired for Ruilova by the cross gender appeal of actors like Marlon Brando or Helmut Berger.

Intertwining their actions and interactions in one setting, Ruilova creates a claustrophobic set where the apex of the tragedy is never reached. No dialogue takes place between the characters, the only soundtrack comes from the ambient sound and from the humming of a song by one of the men: “Bike,” by Pink Floyd. Lulu’s labyrinthine structure never ends and begins, as the narrative structure is lost in a setting full of masks and mirrors.

Also on view will be a sculpture from Ruilova’s upcoming performance at The Kitchen: a 9-feet high 4 panel folding screen with hanging chains. Dangling from the top of the screen, are heads attached at the end of ropes. Made of soft foam, the 6 heads represent faces melded together from several cultural icons: from Tina Turner to Jean Paul Sartre to the Golem.

Aïda Ruilova was born in Wheeling, West Virginia, and lives and works in New York. She graduated from the School of Visual Arts, NY (M.F.A.) and the University of South Florida, Tampa, FL (B.F.A.). Ruilova is a Hugo Boss Prize finalist (2006), a recipient of the 2002 Art Pace Residency, TX, selected by Francesco Bonami, and a recipient of the 2001 Rema Hort Mann Foundation Grant, NY. Her videos have been exhibited at Salon 94, NY; Greenberg Van Doren Gallery, NY; The Kitchen, NY; Vilma Gold, London; the Berlin Biennale; and P.S. 1 Contemporary Art Center, NY. The artist's work will be featured in the upcoming group exhibition Sympathy for the Devil: Art and Rock and Roll since 1967 at the Museum of Contemporary Art Chicago and upcoming solo shows at Guido W. Baudauch, Berlin and the Aspen Art Museum.

Her first live performance will premiere at the Kitchen on November 16 and 17, 2007. The Silver Globe intermixes original and appropriated visual imagery with live music and movement in this commissioned performance that uses as a point of departure Andrzej Zulawski’s film The Silver Globe, a controversial Polish science fiction movie from the 1970’s about a failed mission to the moon that subsequently spawns a primitive society.