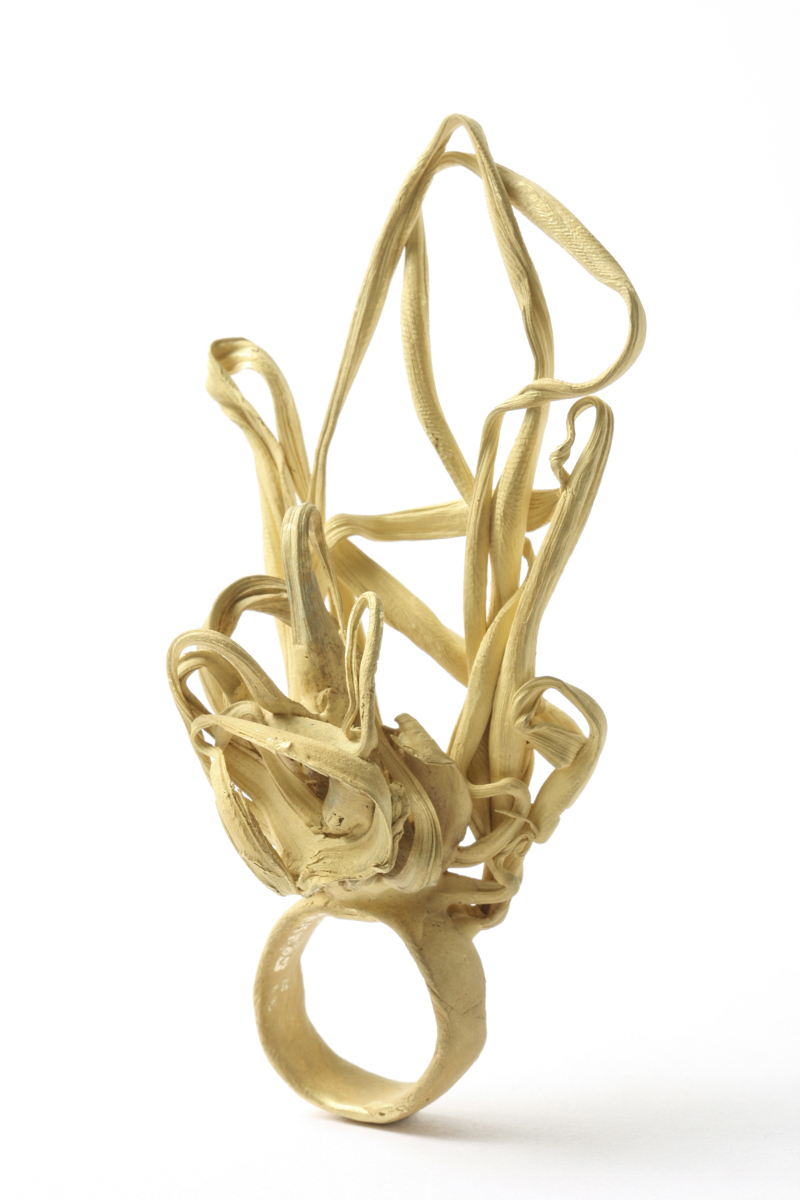 The ring is desperate, desperate to find a finger, desperate to tell you: I love you, I am beautiful, I am rich, I am cool, I hate you, I come from Ireland or Austria, I want more, I

have enough, I am married, I am funny, I am scary, stupid, important, I can´t help you.

I am. – Karl Fritsch

Celebrated German-born, New Zealand-based jeweler, Karl Fritsch, brings his whimsical and unorthodox rings to Salon 94 for his first US retrospective.

Fritsch makes rings are like small sculptures to be enjoyed up close by his wearer. He pushes the boundaries of traditional jewelry-making practice. Classically trained at Goldschmiedeschule Pforzheim and the prestigious Akademie Der Bildenden Künste in Munich, he has developed a unique language, marrying high and low, the refined and the rough-hewn, the hand-made and the found object.

Fritsch’s rings reveal a conceptual edge and an anarchic humor that align them closer to sculpture than to jewelry. They are intricately constructed yet coarsely finished, often marked by expressive surfaces, darkened patinas and detectable fingerprints. His works combine humble and precious stones embedded in silver and niello organic masses, as if from a volcano or archaeological site. Everyday or base materials are elevated to center stage, as precious materials are degraded through processes such as oxidization. Some of his signature rings are of animals, towers of glass, and spun and cast bubblegum, and the newest, more unisex recent rings resemble prehistoric tools. Jewelry is no longer mere décor, but rather fantastical, wearable artworks.

Karl Fritsch (b. 1963, Sonthofen, Germany) lives and works in Wellington, New Zealand, relocating from Munich, Germany in 2009. In 2006 he received the Françoise van den Bosch Award, given every 2 years to an international jewelry and object maker who is recognized for his or her influence and contribution to the field. He has exhibited at The Museum of Metropolitan Art, New York; The Museum of Arts and Design, New York; The Stedelijk Museum, Amsterdam; the Victoria & Albert Museum, London; Galerie Biro, Munich; Hamish McKay Gallery, Wellington; and Salon 94, New York.