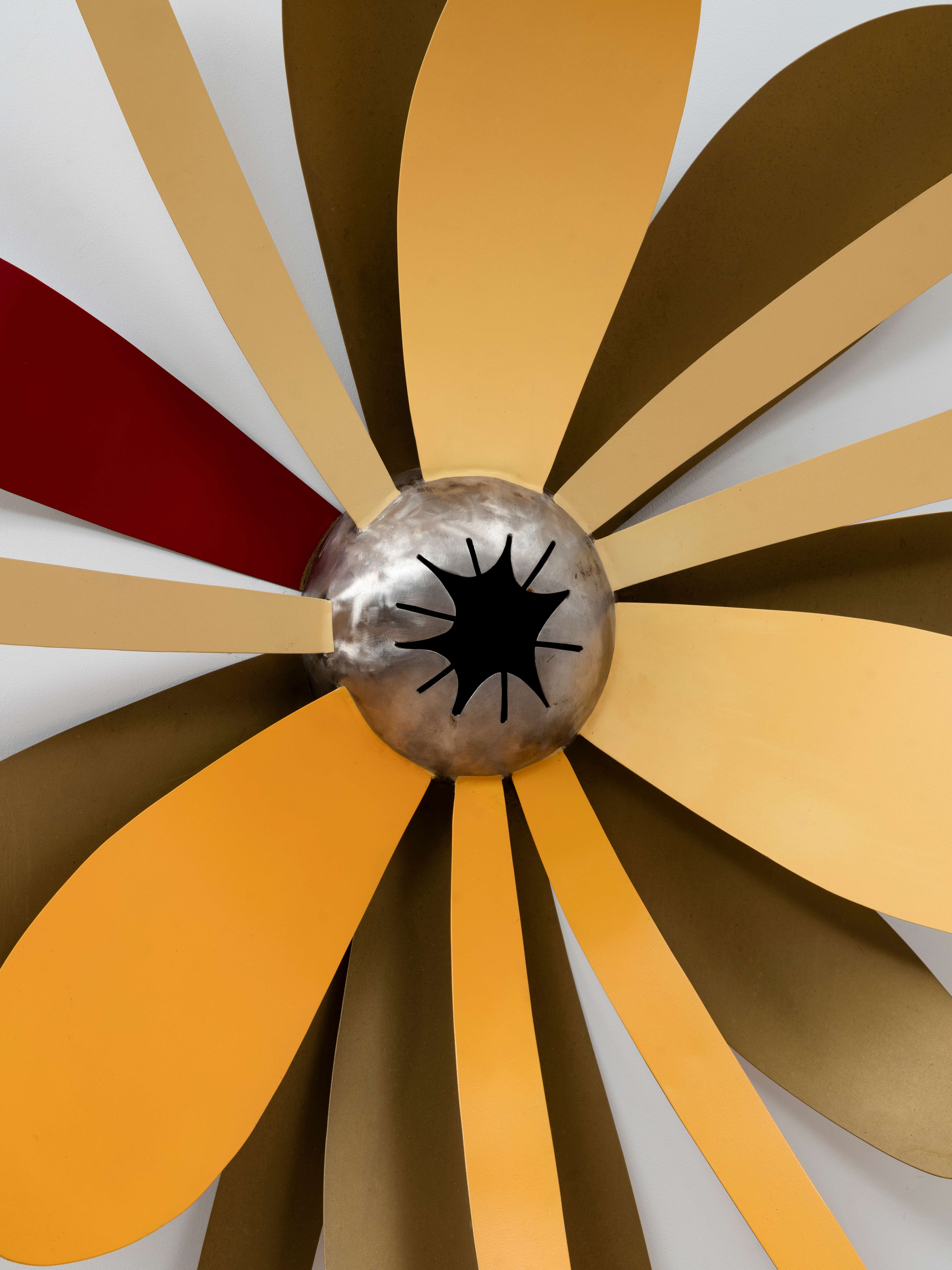 The flower is a metaphor of the life cycle. Its development moved quickly from one state to another. The flower’s full bloom lasts moments. Like the sound of the bell it is short in time. In my Immortal Flowers, this bloom is frozen forever. – Gloria Kisch 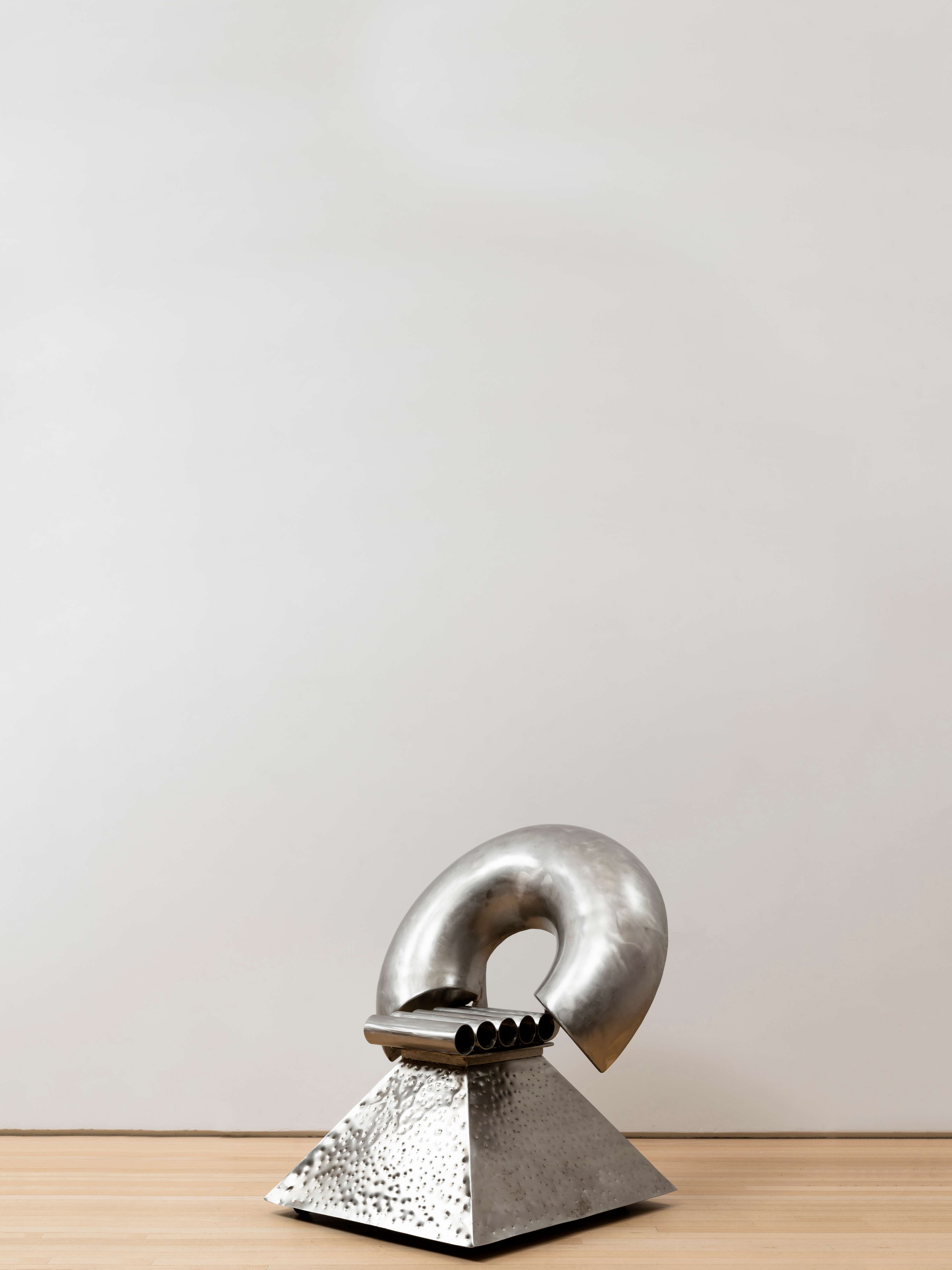 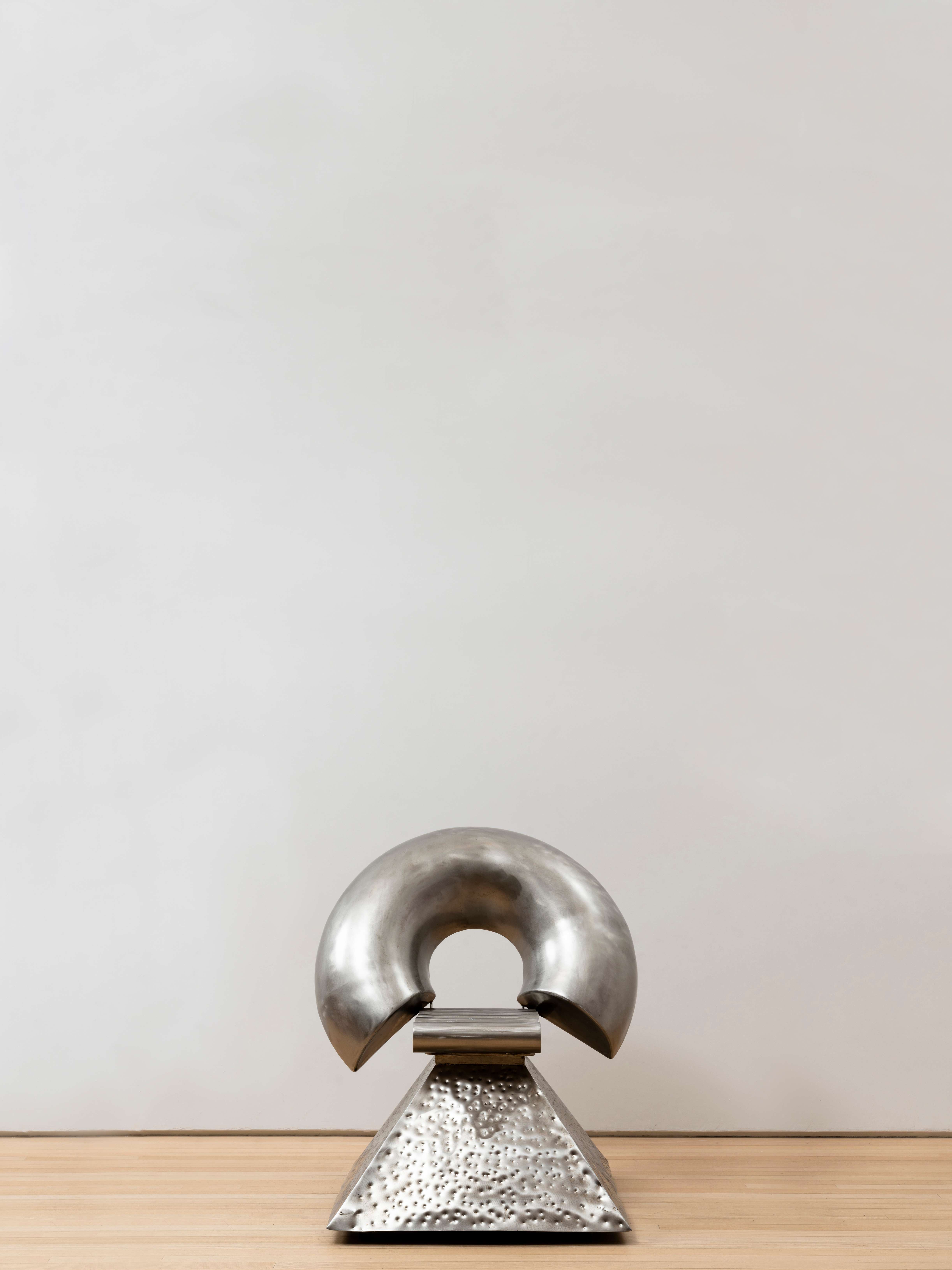 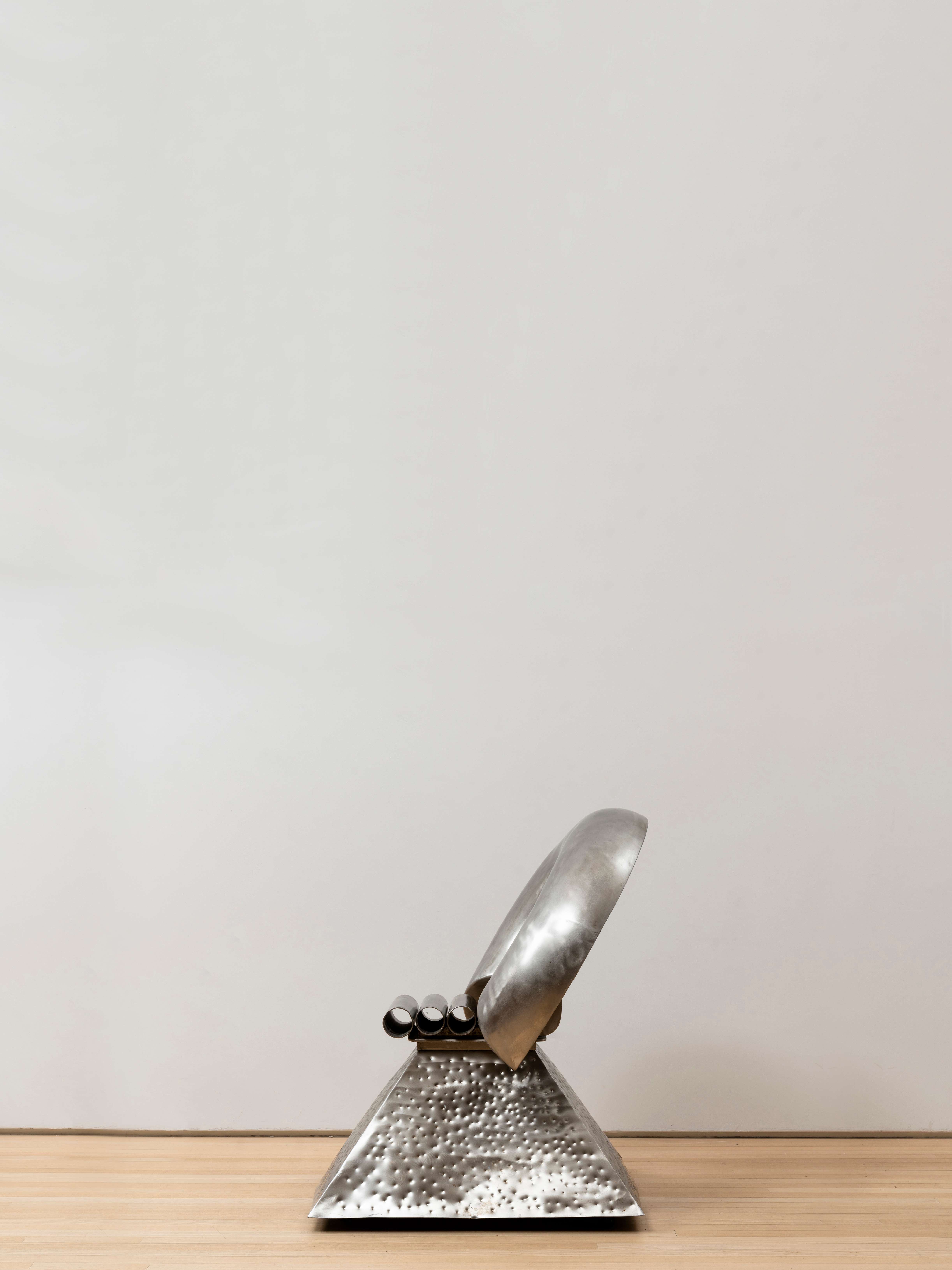 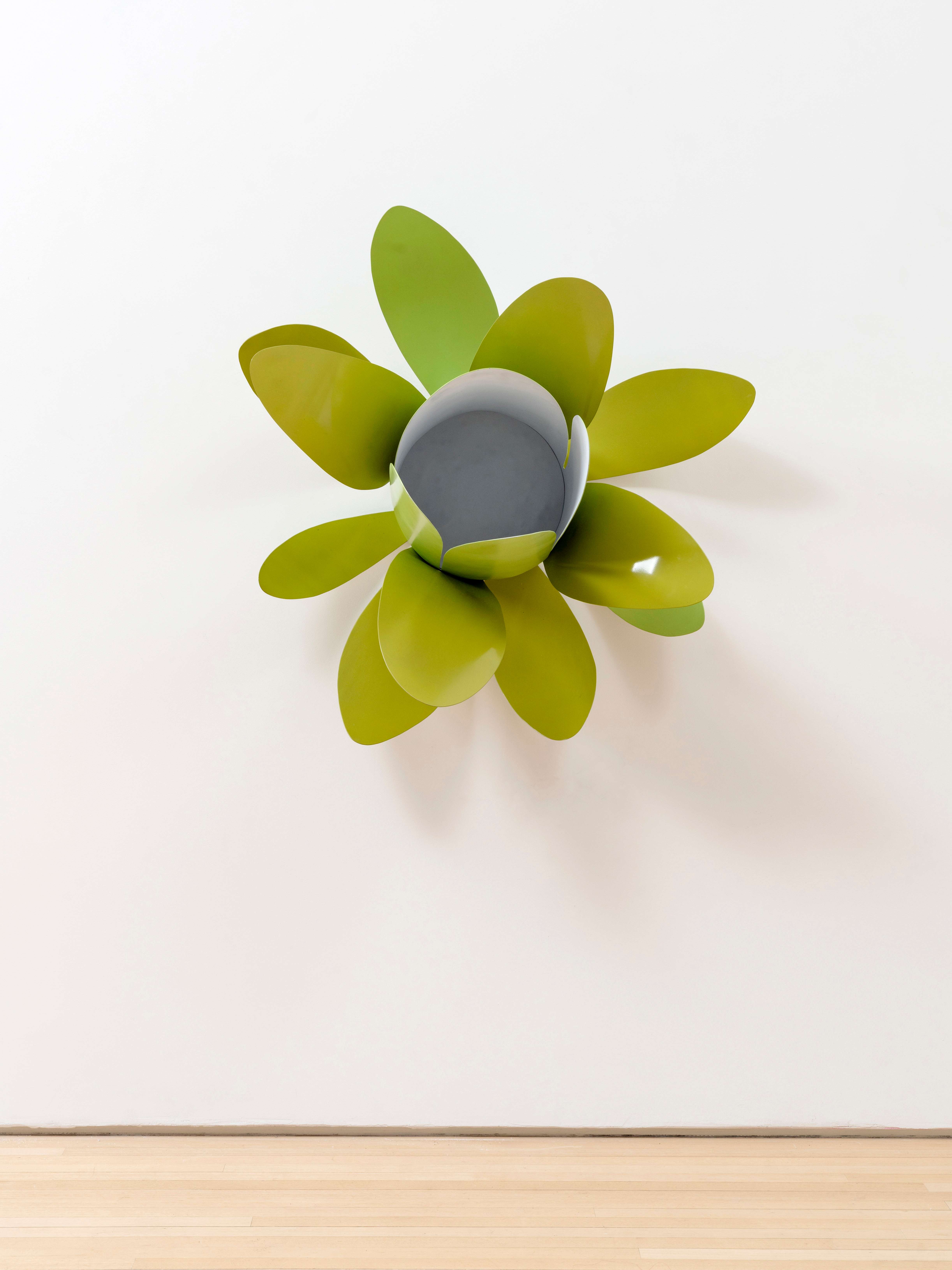 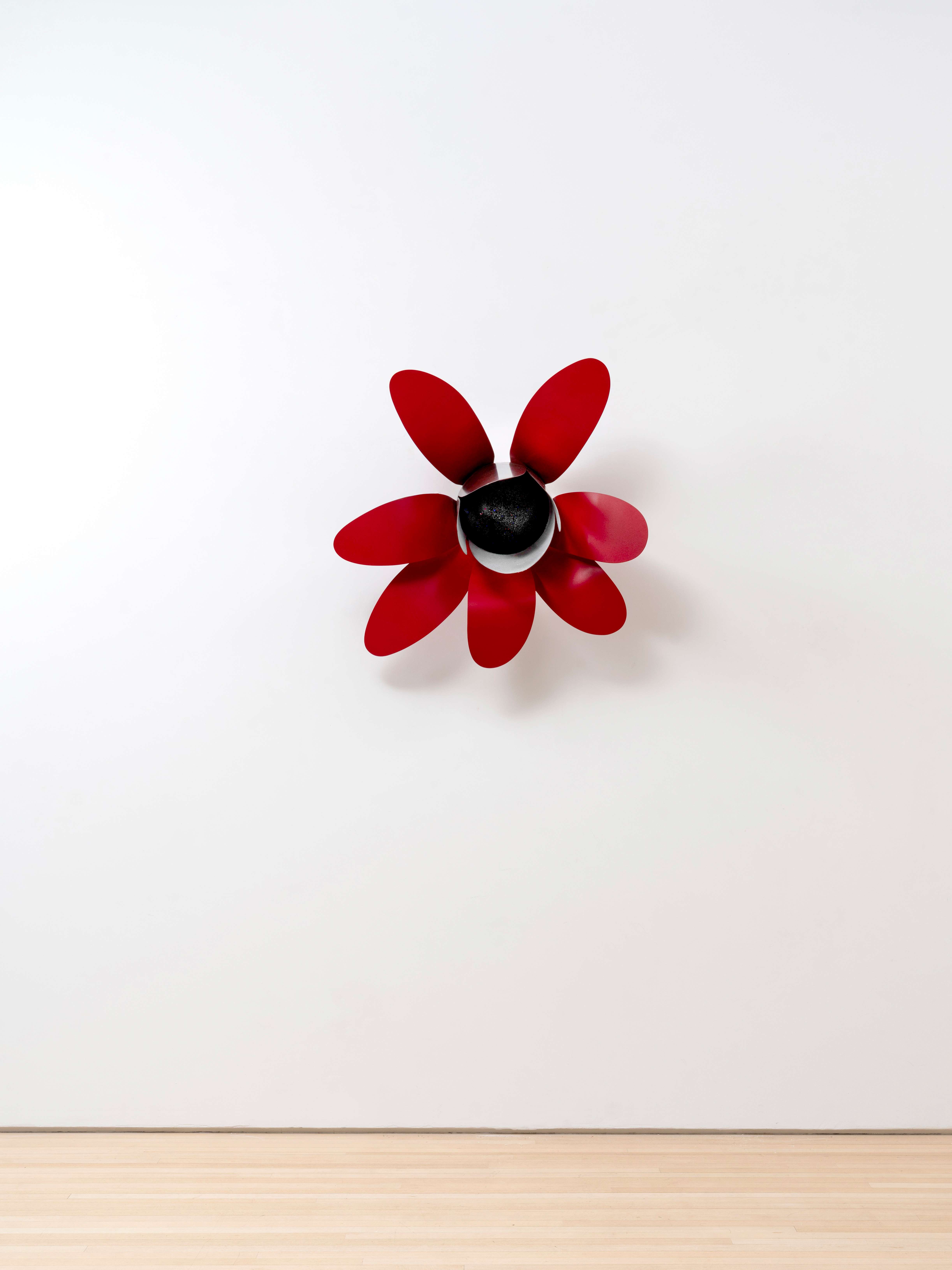 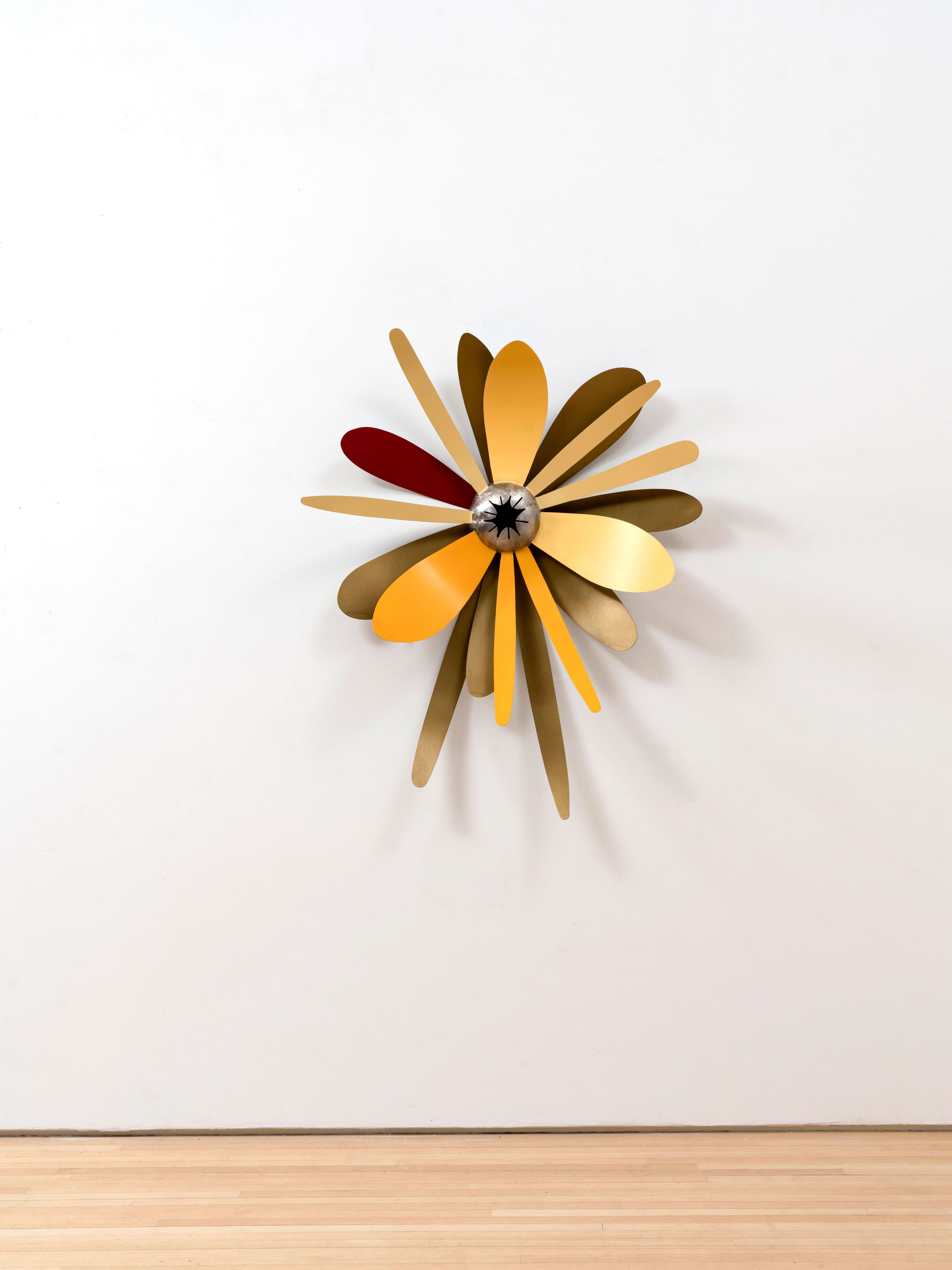 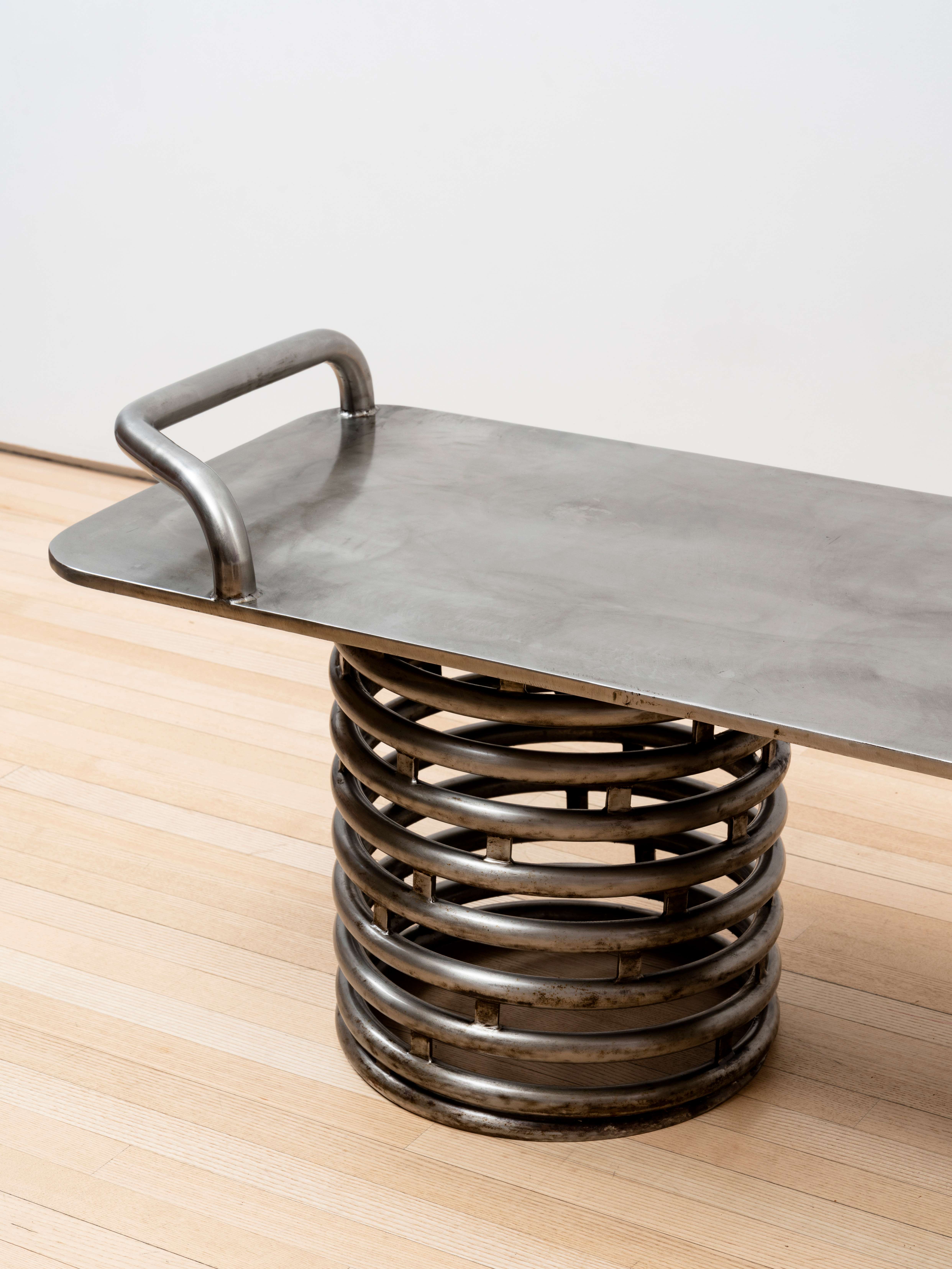 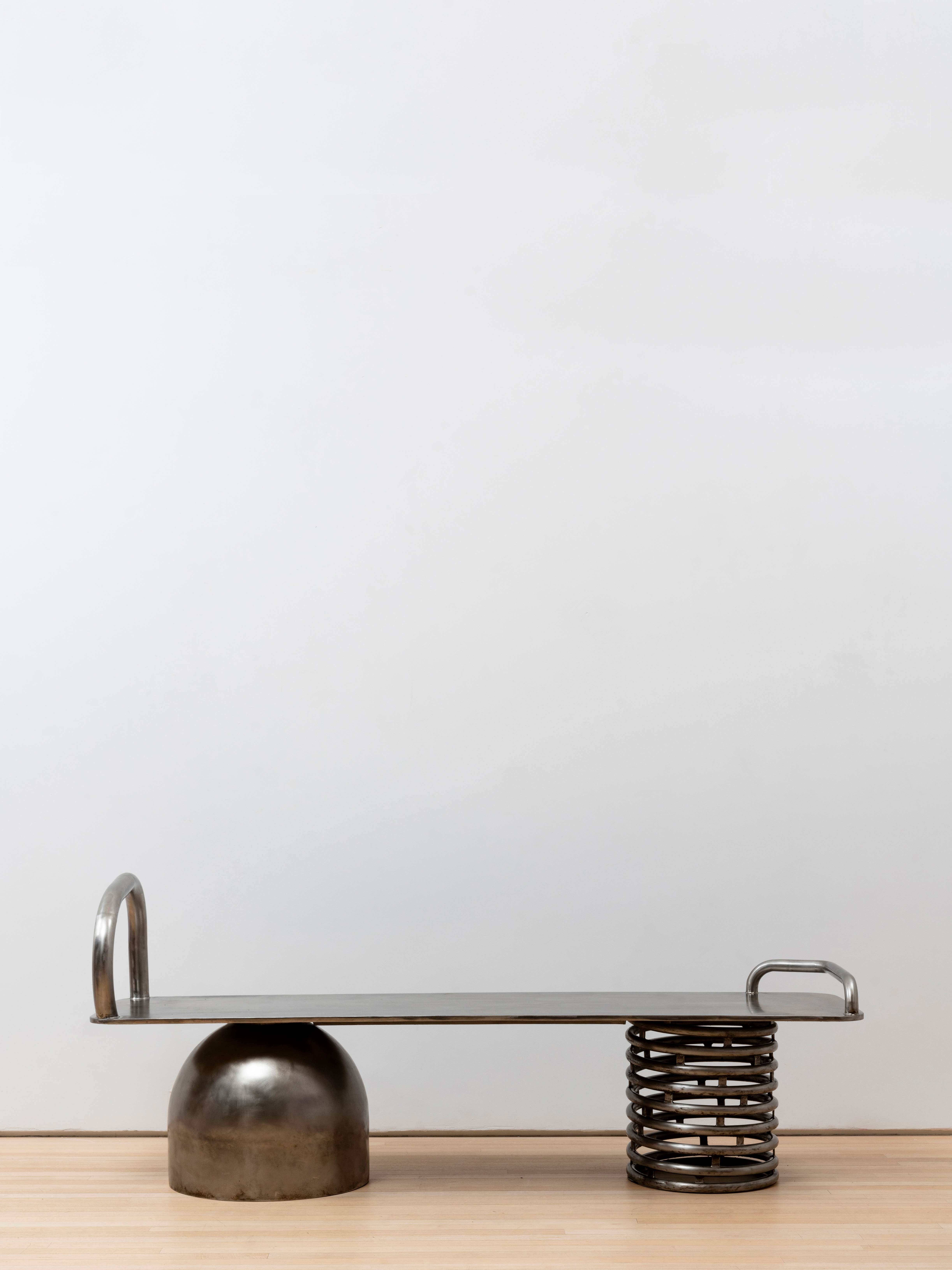 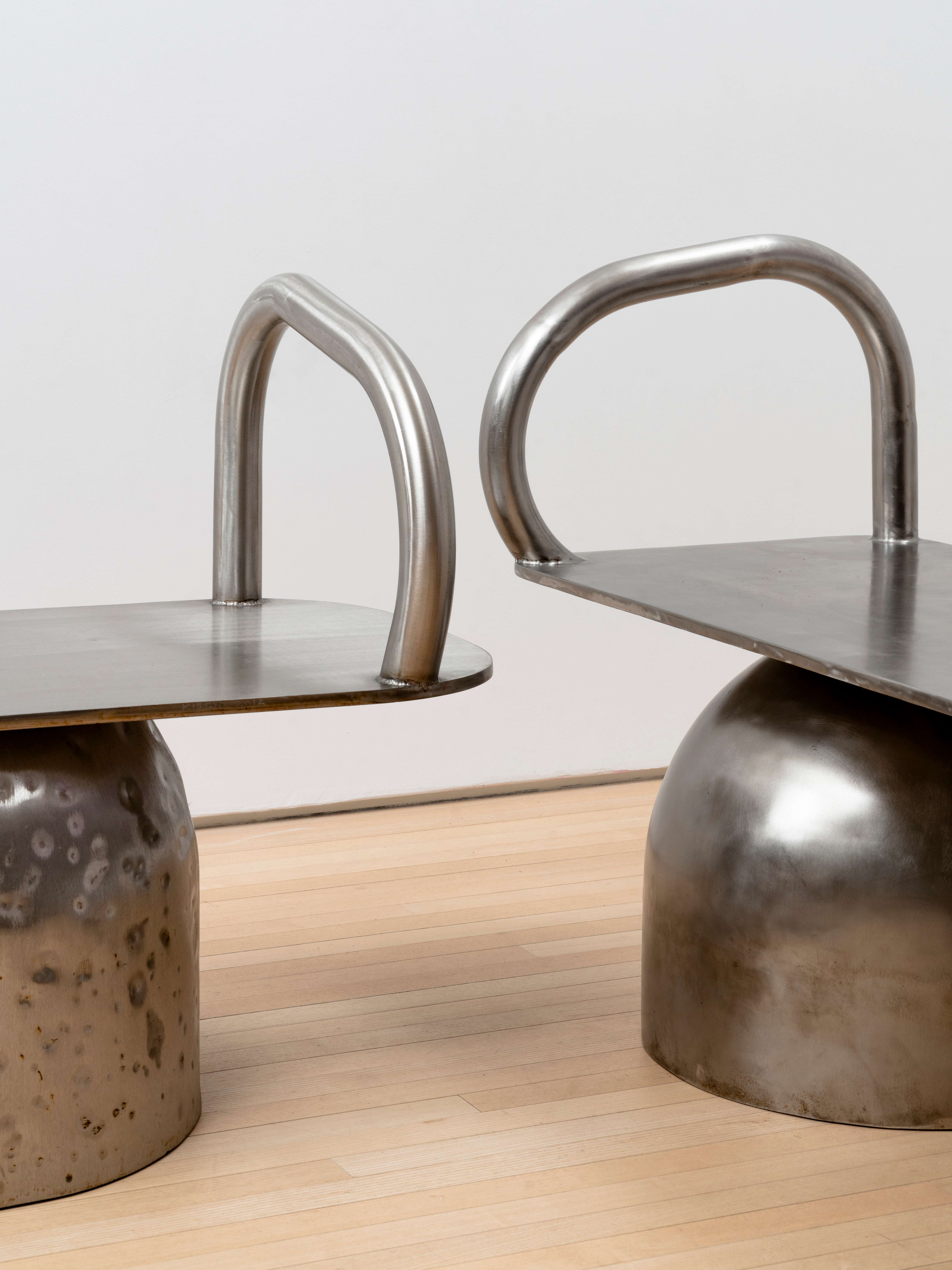 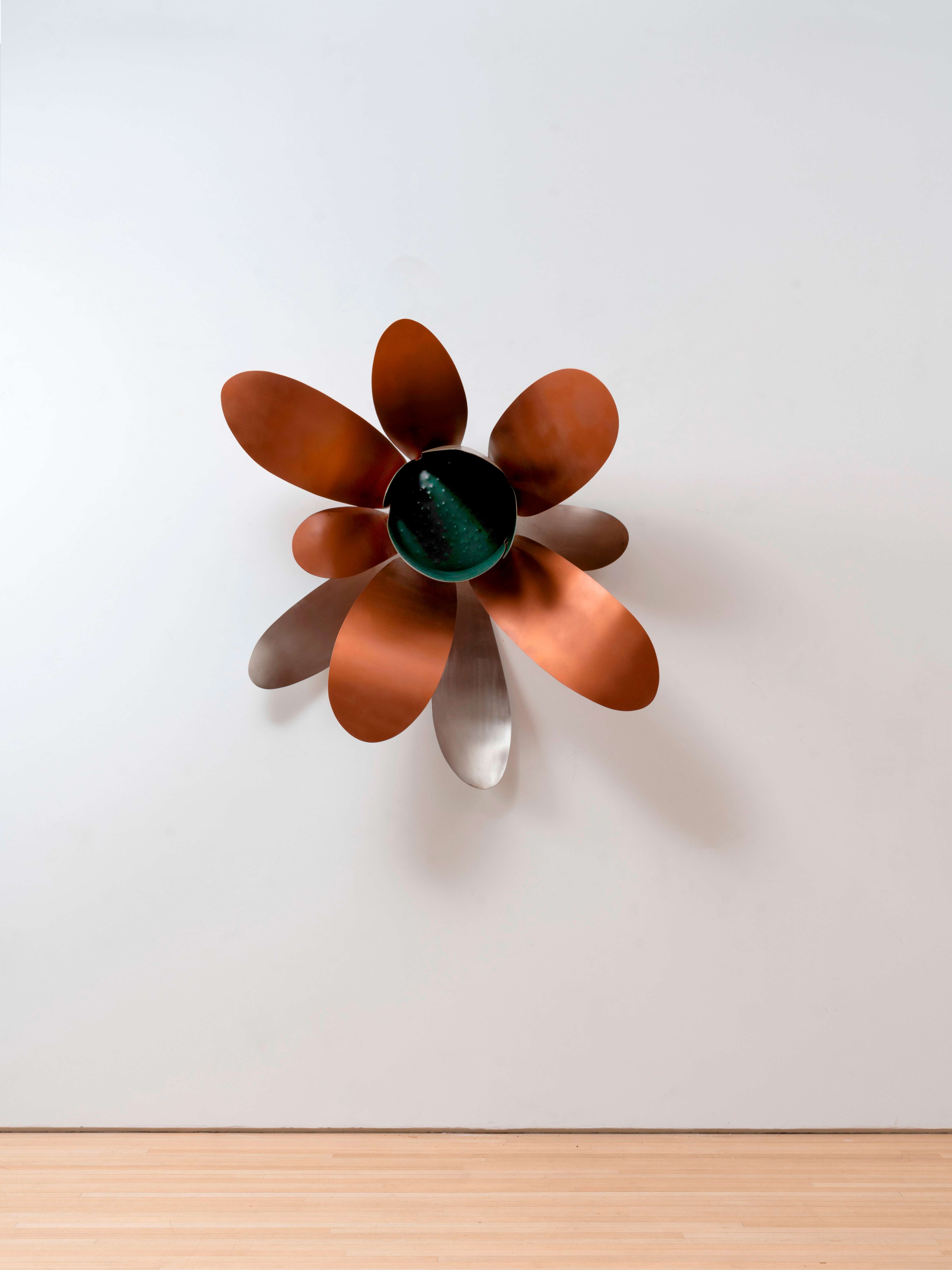 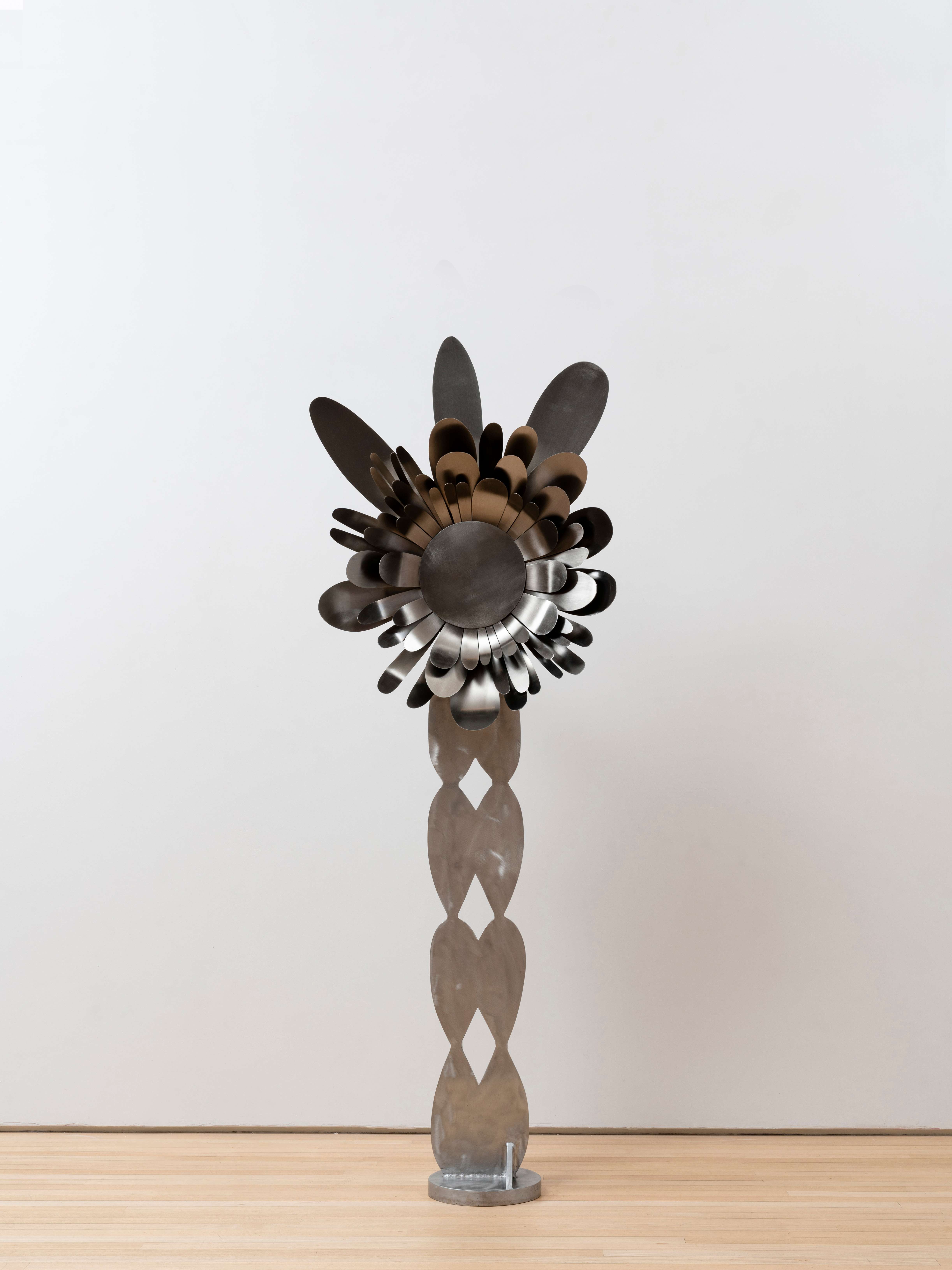 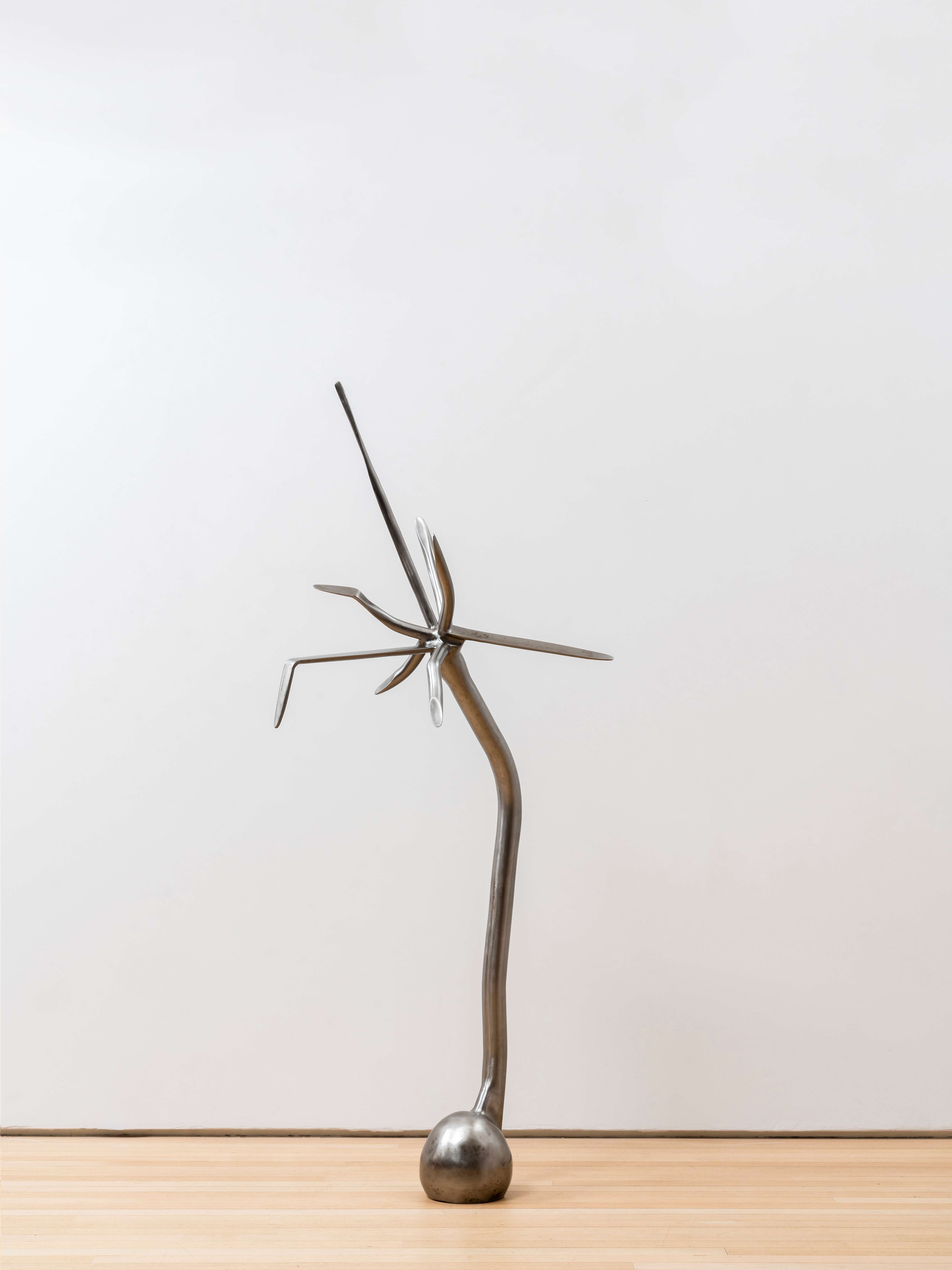 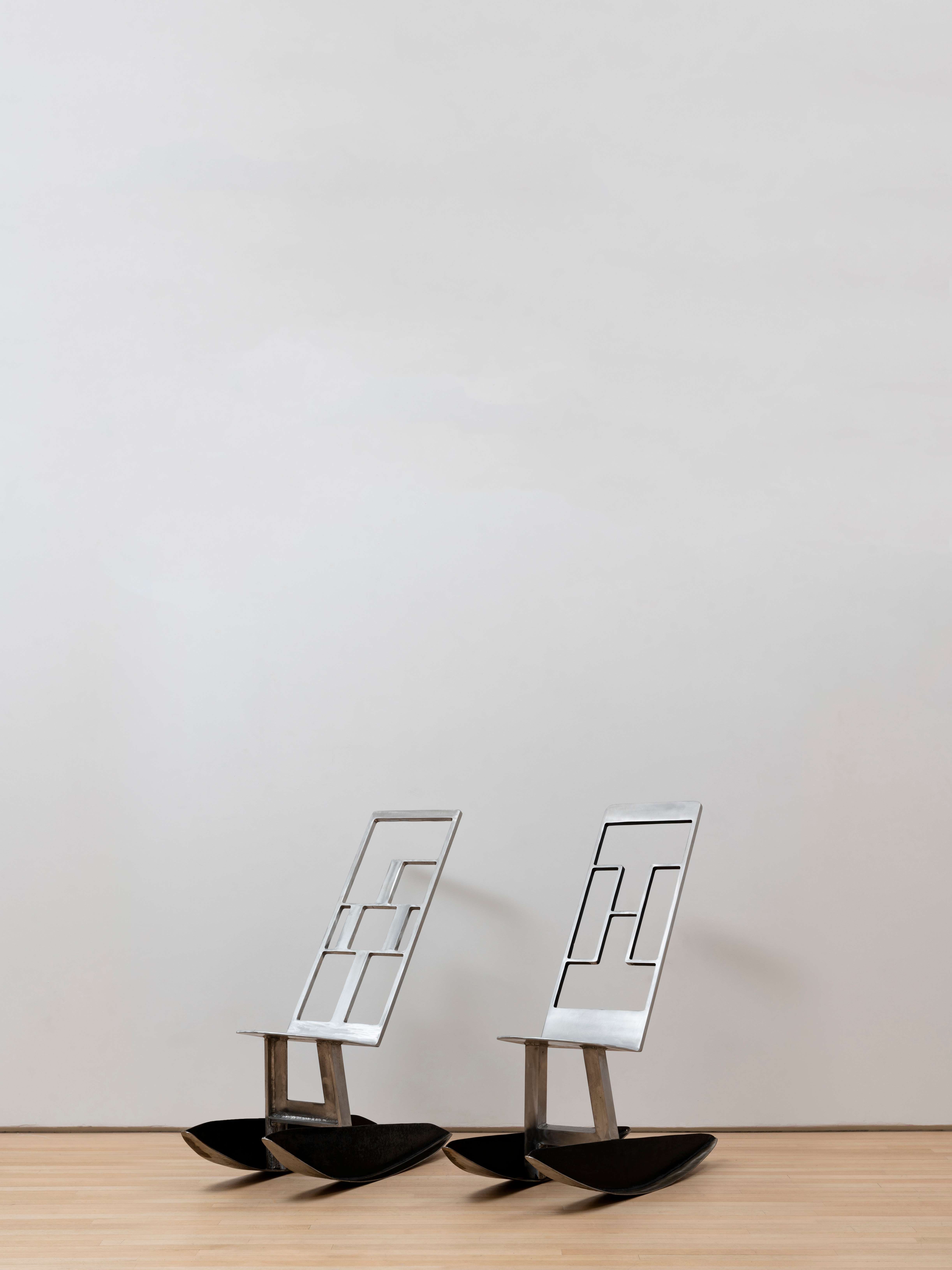 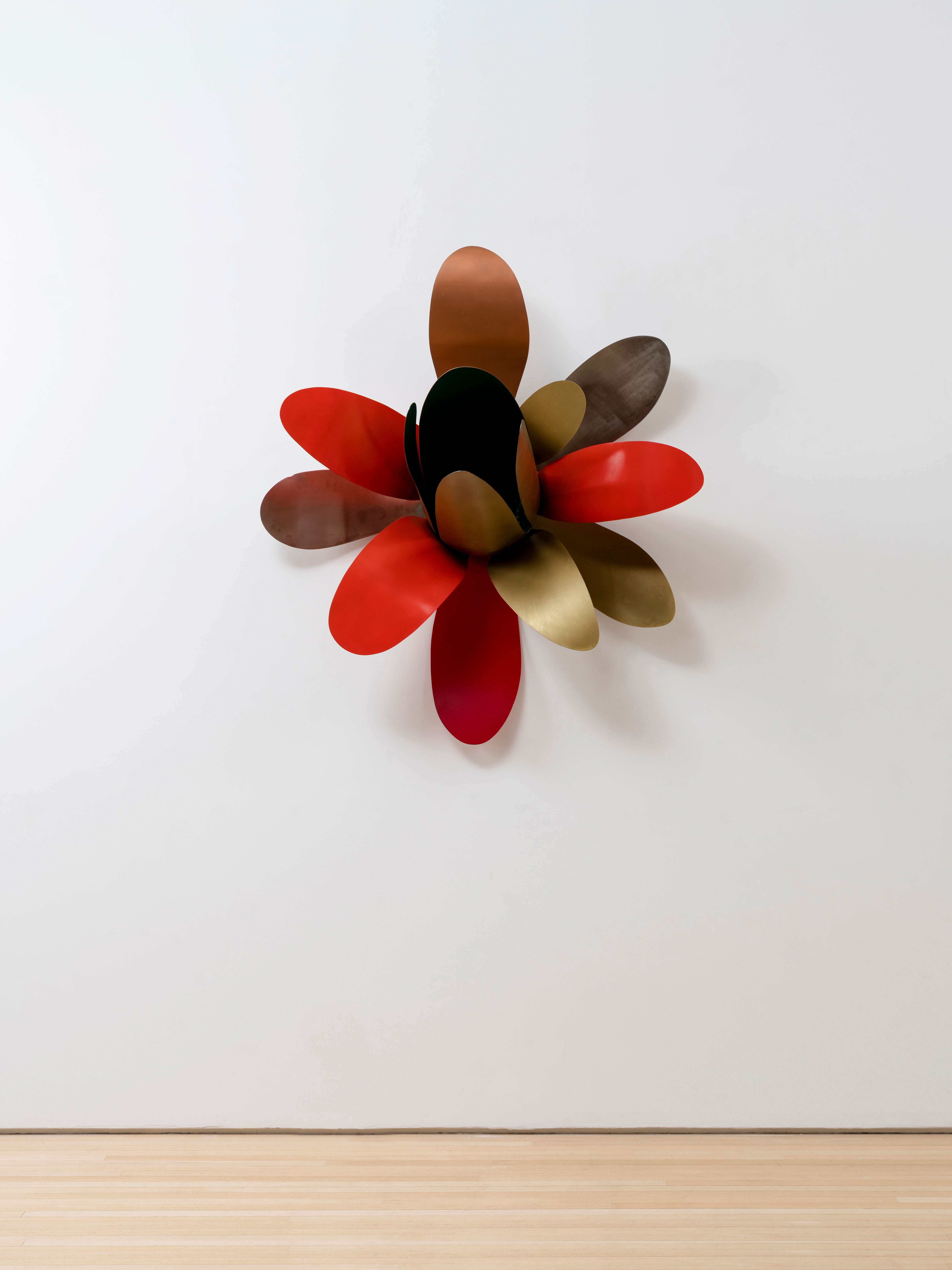 Born 1941 in New York City to German immigrants, Kisch earned a BA from Sarah Lawerence and later married with two children. In the early 1960s, Kisch uprooted her family to enroll at Otis College of Art and Design, where she studied alongside Bas Jan Ader and Barry Le Va. Kisch joined an intimate circle of feminist and post-minimalist artists living and working in Venice Beach, CA. In 1973 she participated in the inaugural exhibition at Womanspace, Judy Chicago’s cooperative run feminist gallery, which later became the Women’s Building. Kisch’s career blossomed with landmark exhibitions alongside Bruce Nauman, Ed Ruscha, Kenneth Price and Richard Diebenkorn, impressive solo presentations in museums, and large public art commissions when she transitioned from painting to sculpture.

In 1981 Kisch headed back to New York, set up a studio in Cooper Square, and began working with recycled industrial metal remnants, stainless steel and aluminum. Kisch’s early metal works consisted primarily of freestanding sculptures resembling minimalist mythical creatures. She explored the formal properties and possibilities of metal while embodying a sense of movement through the careful balance of reaching arms and limbs. “What Kisch was really after was a totemic, mystical quality – more Hilma af Klint than Donald Judd,” writes Glenn Adamson in a recent Frieze Magazine review, “Presaged in the axial abstractions of her early paintings, this ambition was fully realized only when she started working in heavy metal. She spoke of ‘trapping energy’, and of ‘a symbiosis between primitive and futurist form’."

Kisch’s presence in the New York art scene grew alongside her facility with sculpting in metal. She held two solo exhibitions at the Soho gallery Art et Industrie in 1989 and a monumental group show titled Art and Application at Turbulence Gallery in 1991, placing what she termed Functional Sculptures alongside art and design world luminaries Vito Acconci, Richard Artchwager, John Chamberlain, Wendel Castle and Gaetano Pesce.

The Functional Sculptures are some of Kisch’s most playful and humorous works, utilizing her mastery of metal to create chairs, tables and benches entirely composed of polished stainless steel and aluminum. Doughnut Chair, 1991-1994 features a steel torus atop of a pyramidal base, with a seat of metal tubes. It “melds the wit of Gaetano Pesce with the materiality of John Chamberlain” writes Jessie Dorris for Pin-UP, “— there’s something Pop about its rolled-steel seat, and something abject about the way its back, a steel arc like a half-bitten pastry, brings to mind a bedpan.”

From large-scale outdoor pieces to her Functional Sculpture, Kisch’s work explores human scale and dynamism: the rocking skis of Sliding down the Mountain III & IV, 1991 and the swinging chimes of Bell VI, 2001. Kisch moved her practice to Flanders in Long Island in the 2000s, and turned her eye to the natural environment. She devoted the rest of her life to metal works of every scale, with a particular interest in monumental outdoor sculpture. Her final body of work before passing at the age of 72 were her Immortal Flowers, exuberant and colorful bursts of metal celebrating life at its fullest – an ode to her life and extraordinary half-century career.