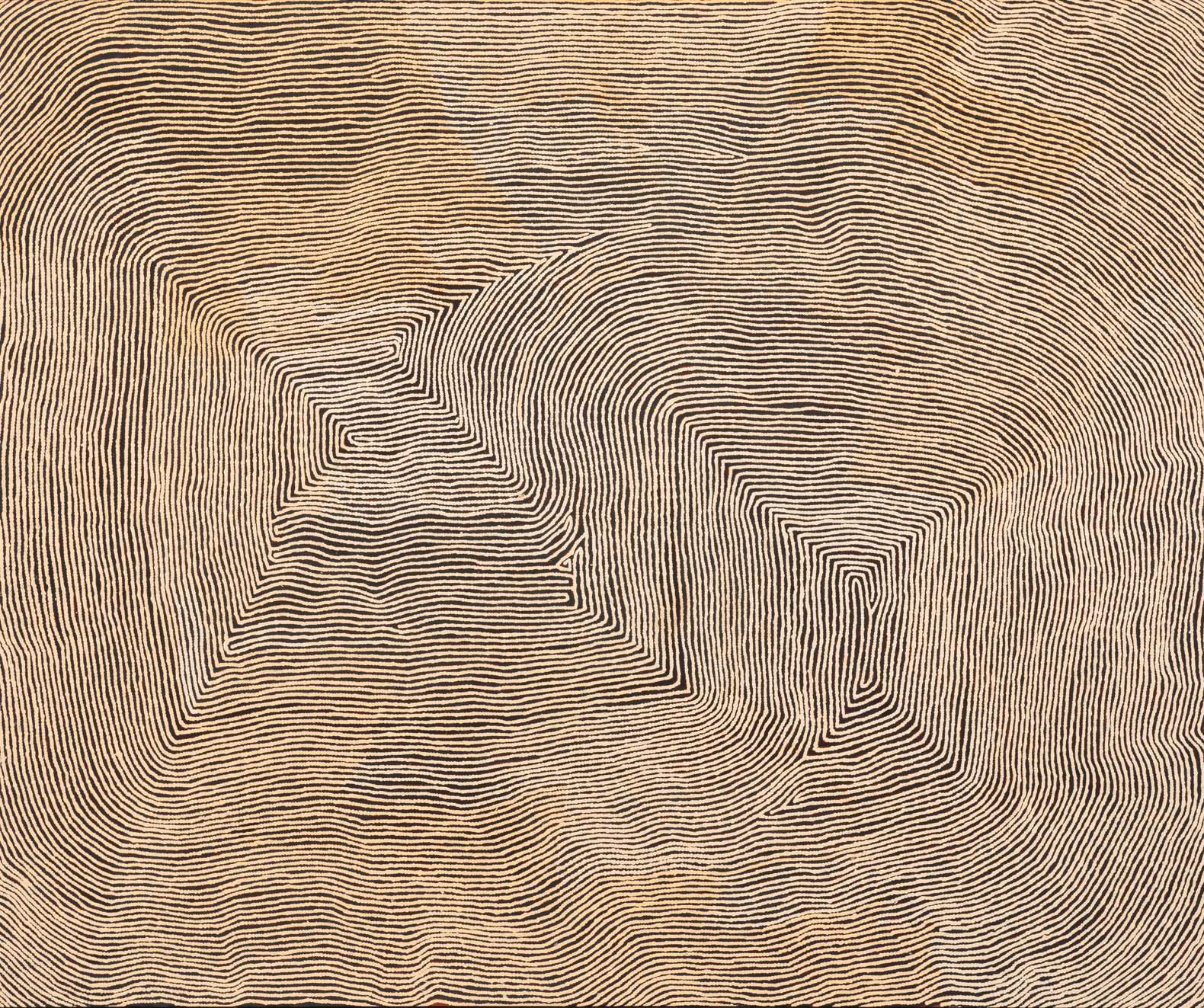 Warlimpirrnga paints lambent circuits of white dots whose irregular contours seem to tremble and oscillate. They are ardent, knowledgeable depictions of specific sites in the bush, irrefutable evidence that modernity and the sacred are not mutually exclusive. — The New Yorker, 2015 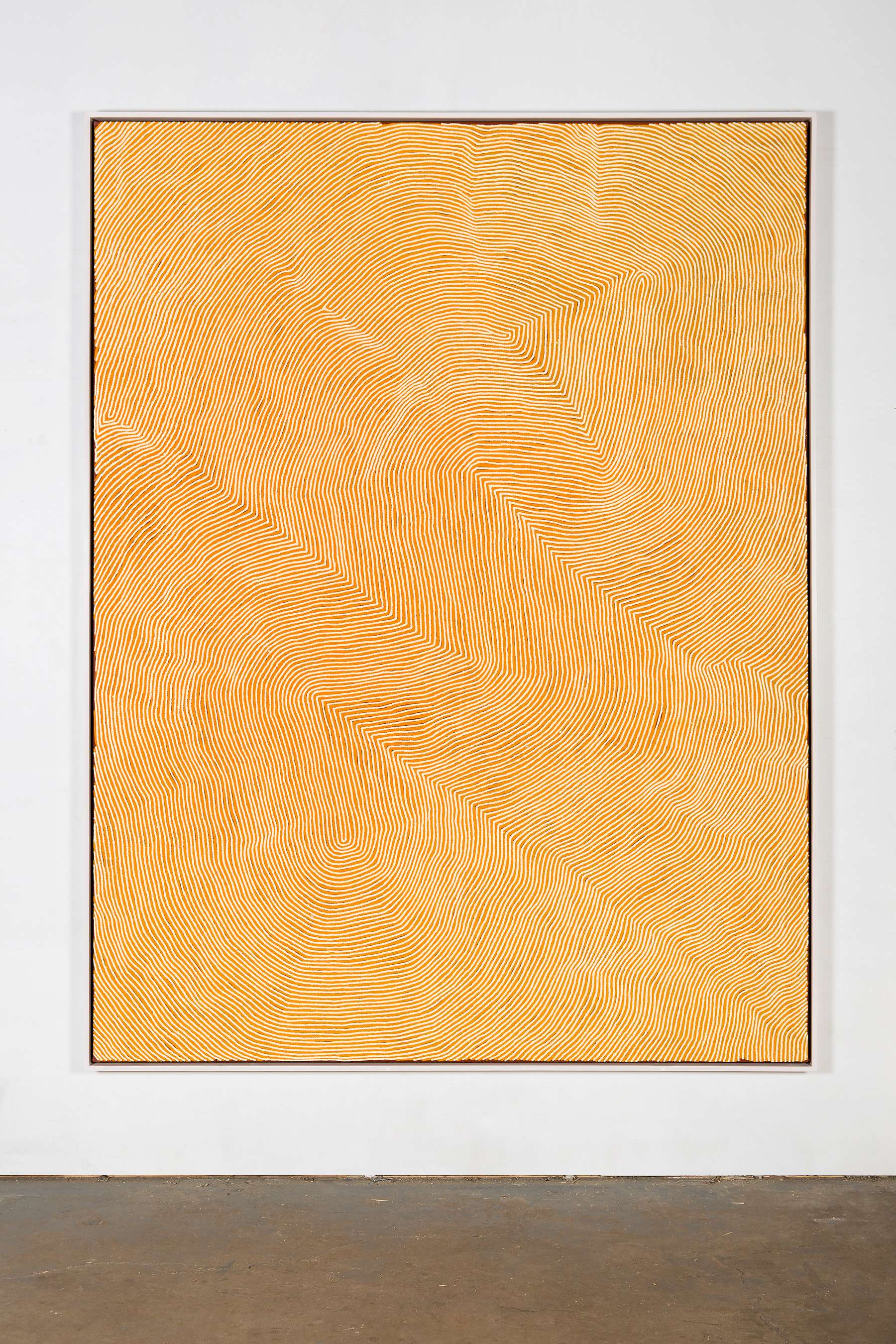 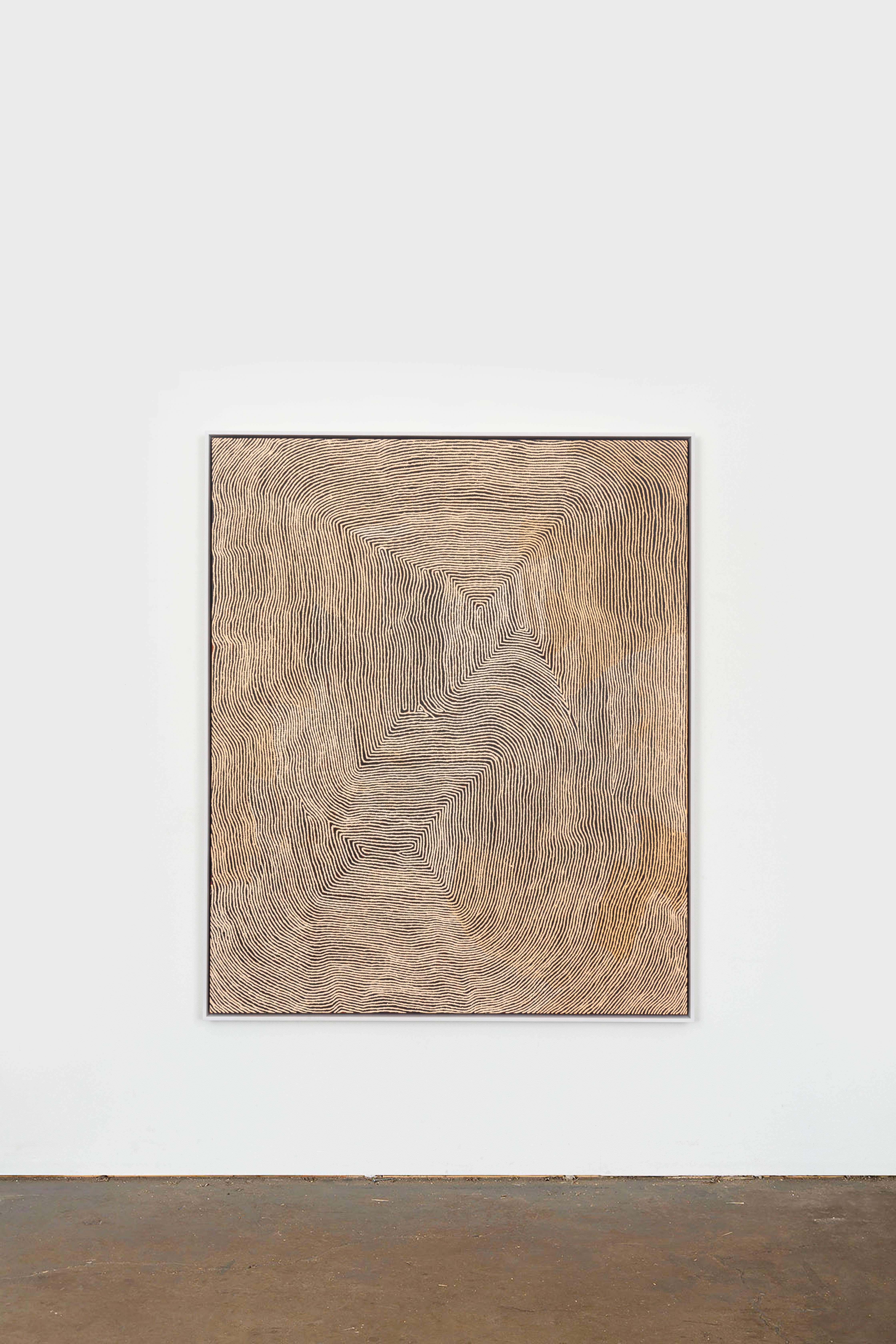 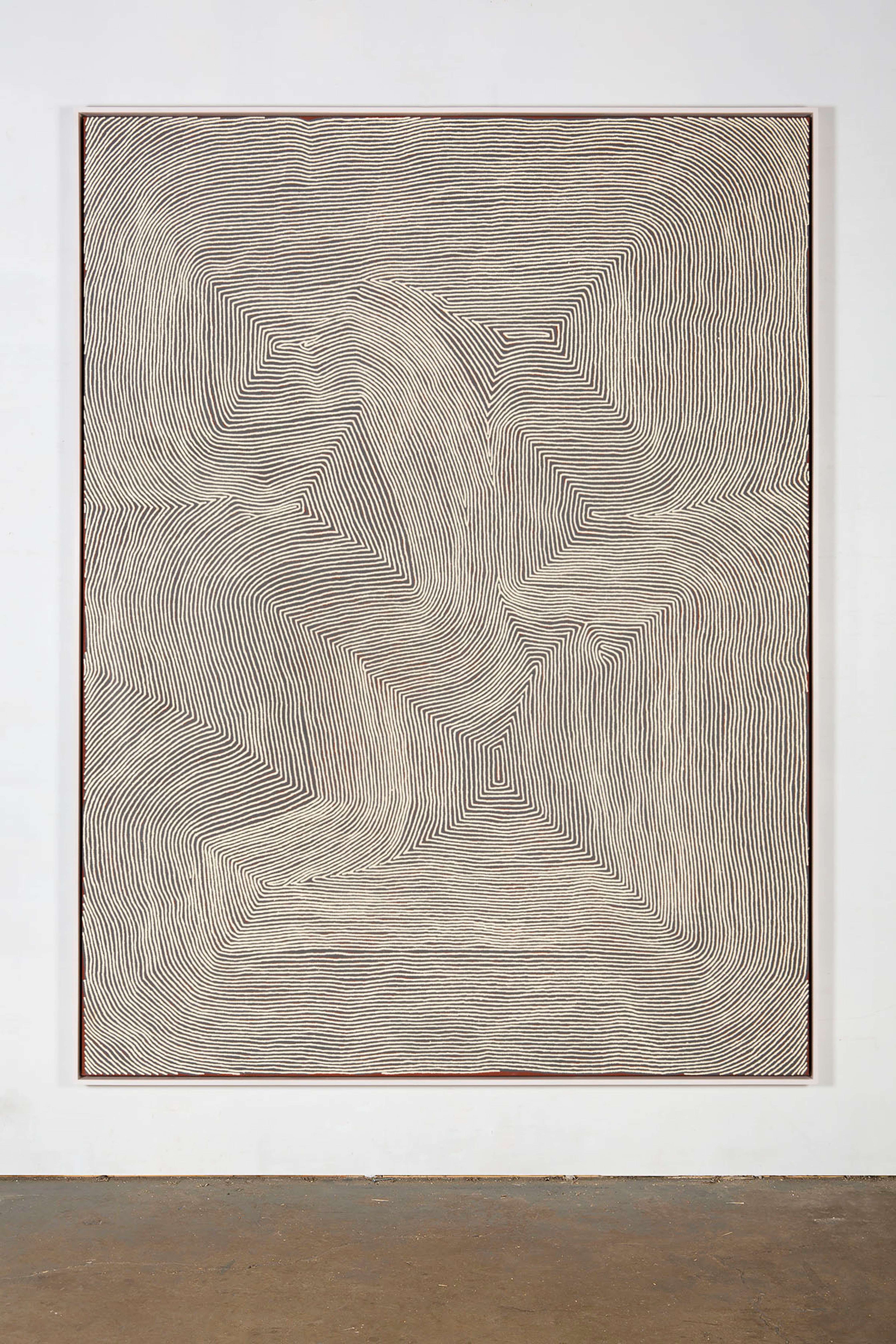 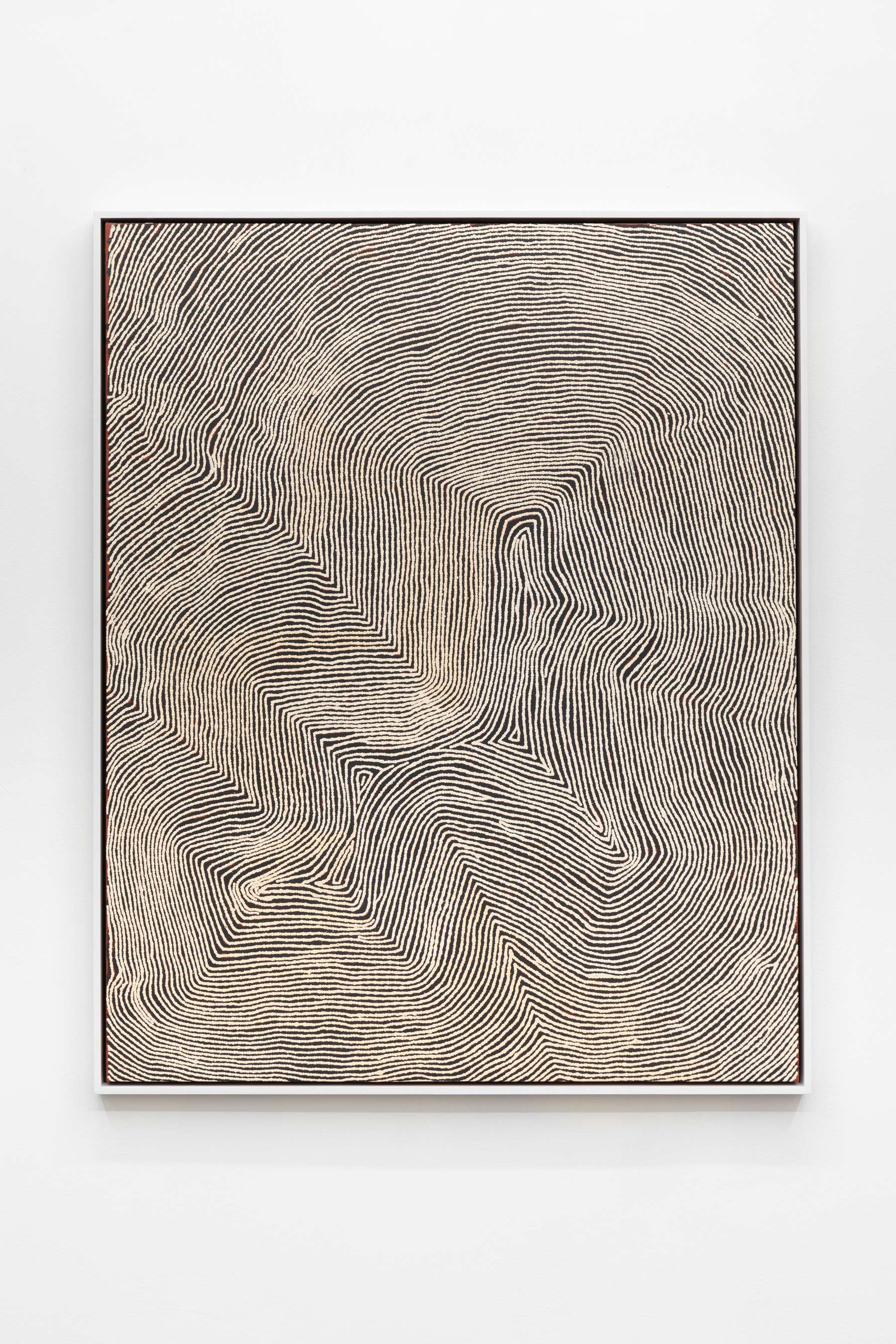 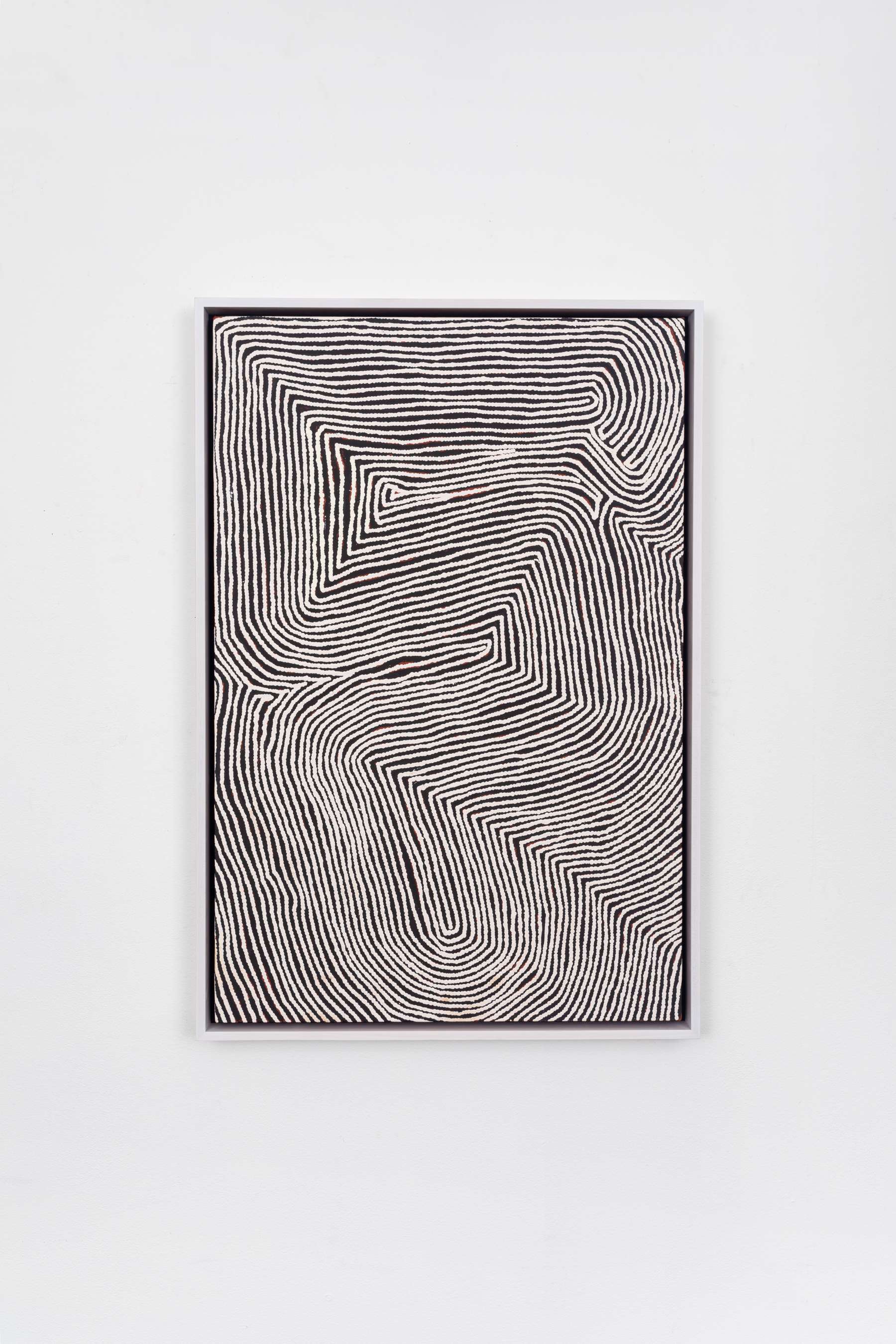 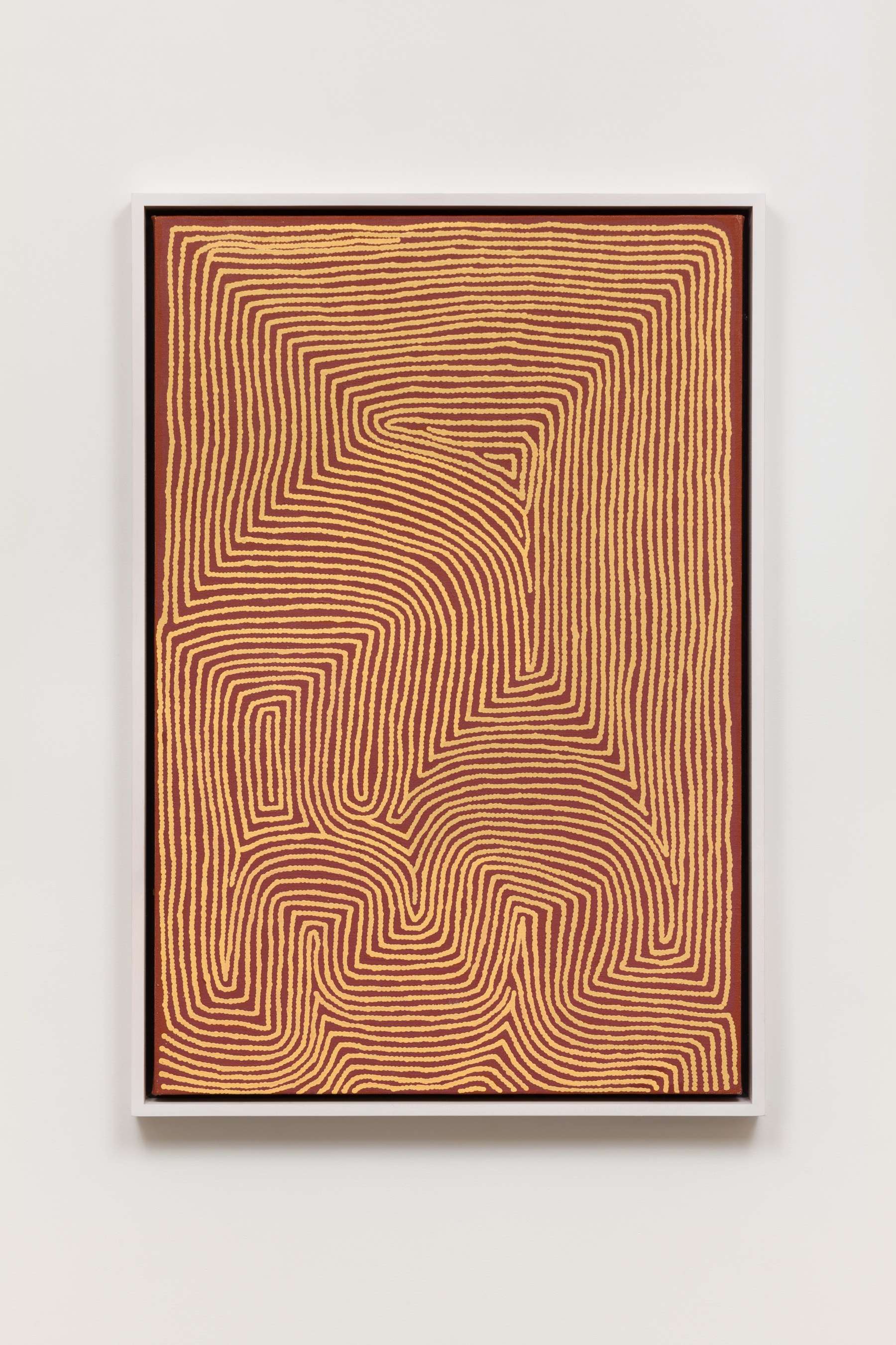 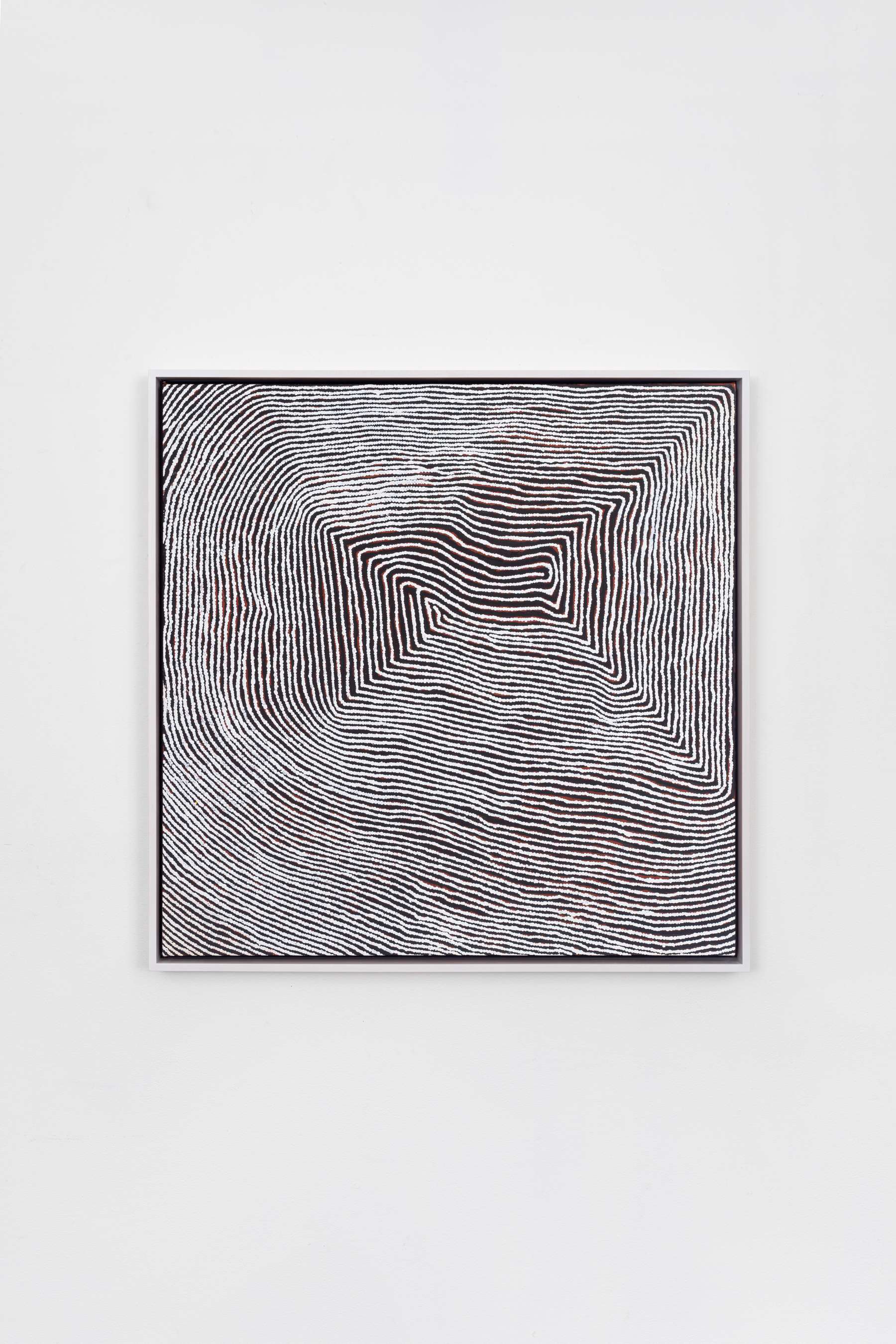 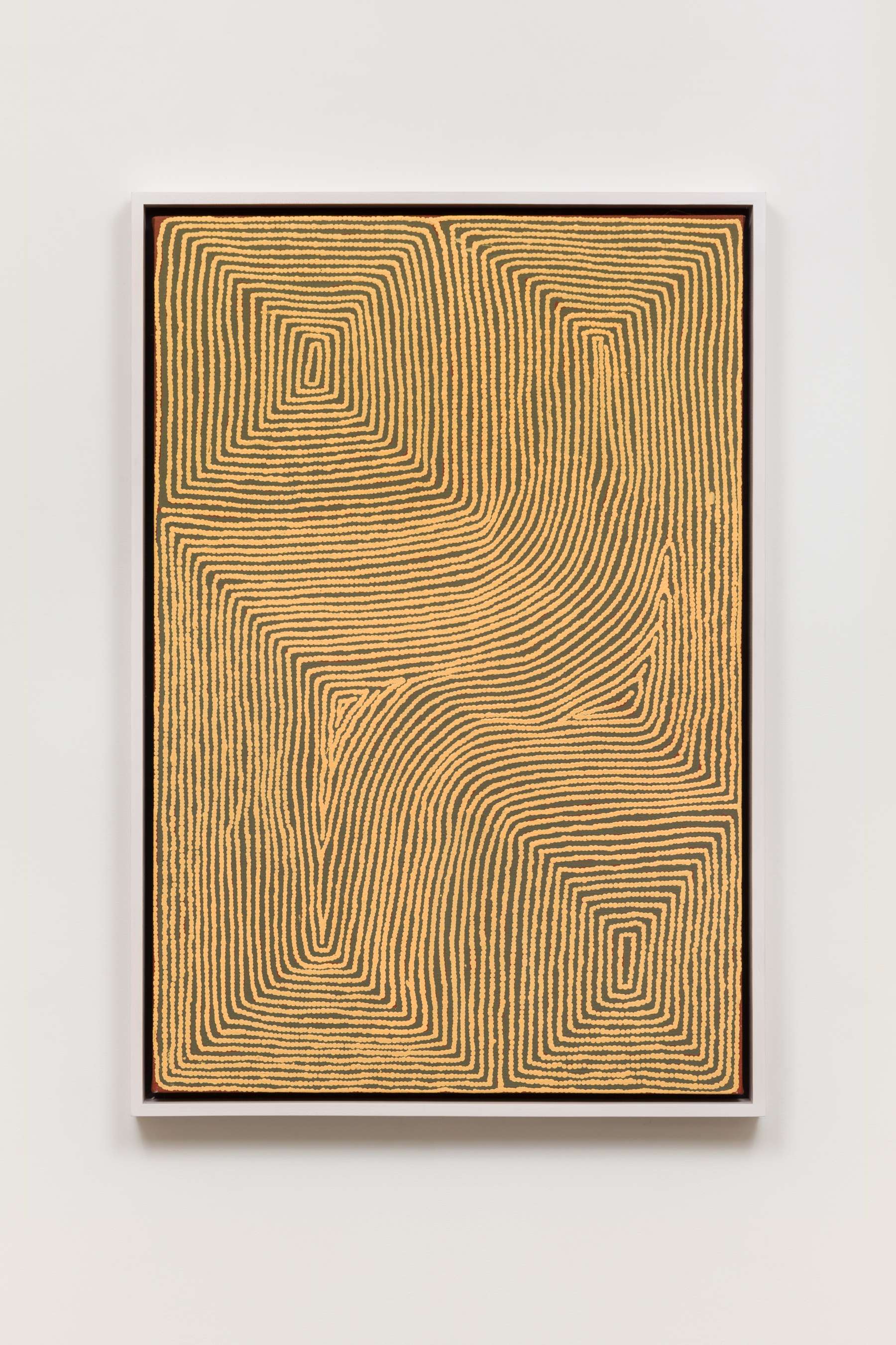 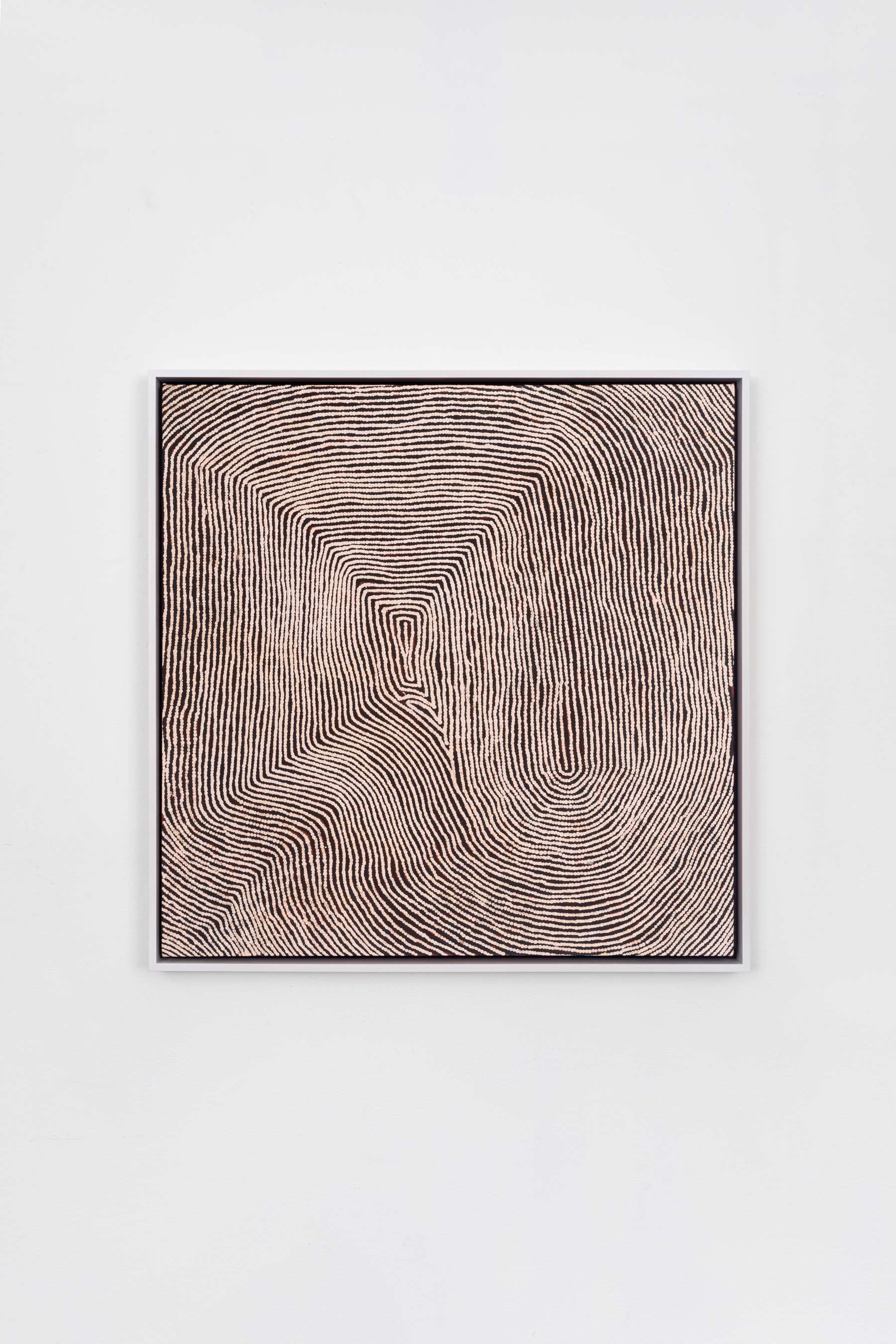 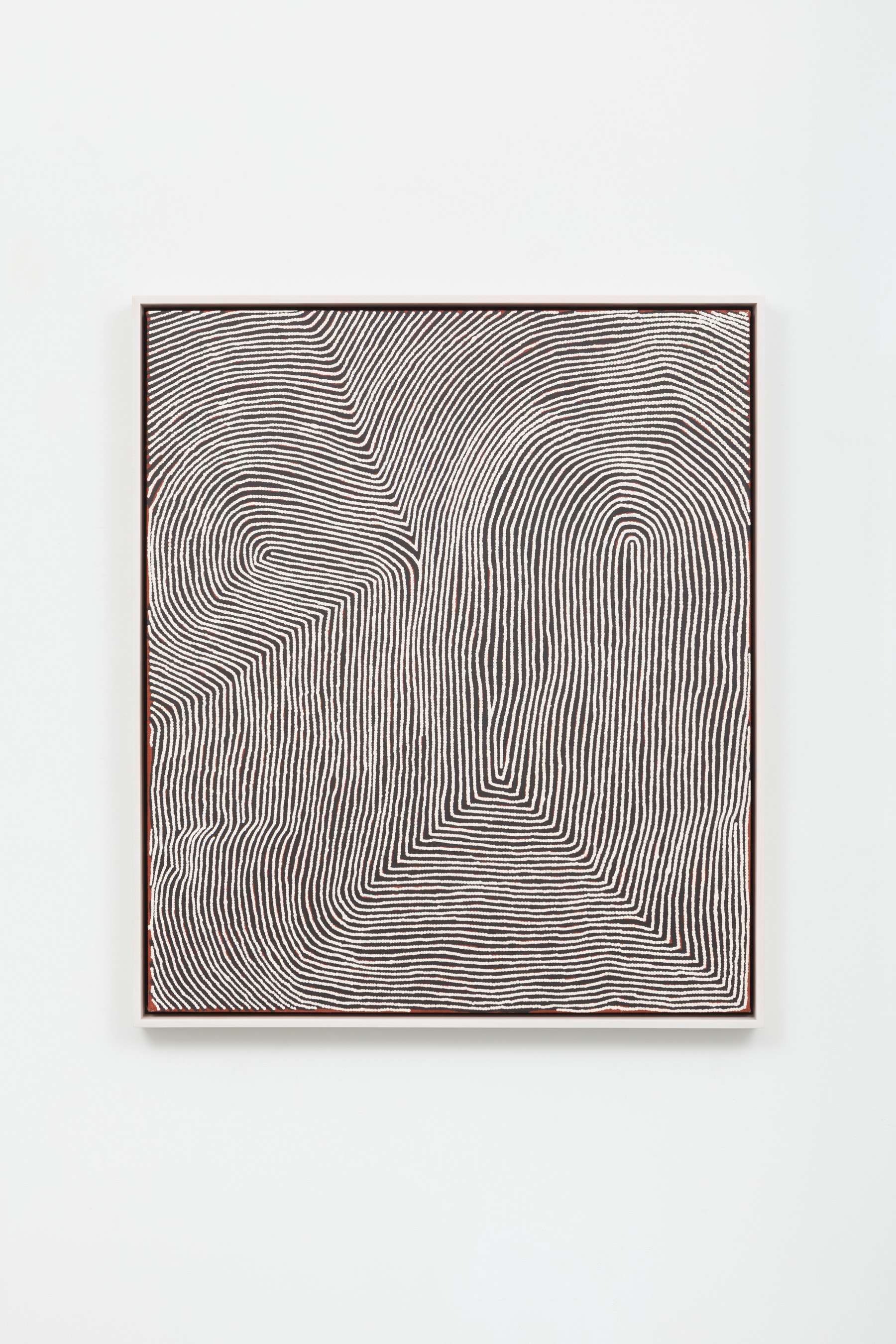 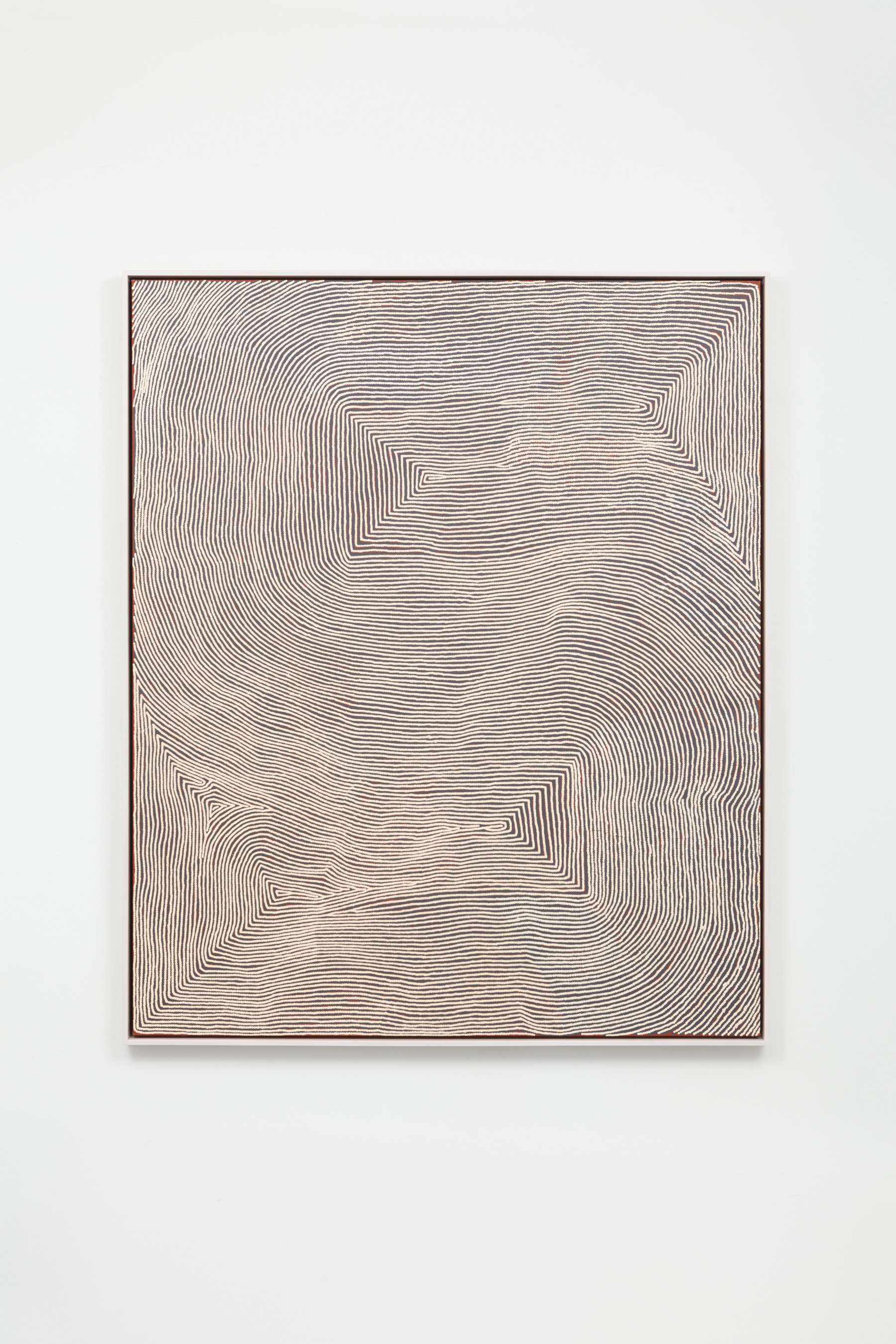 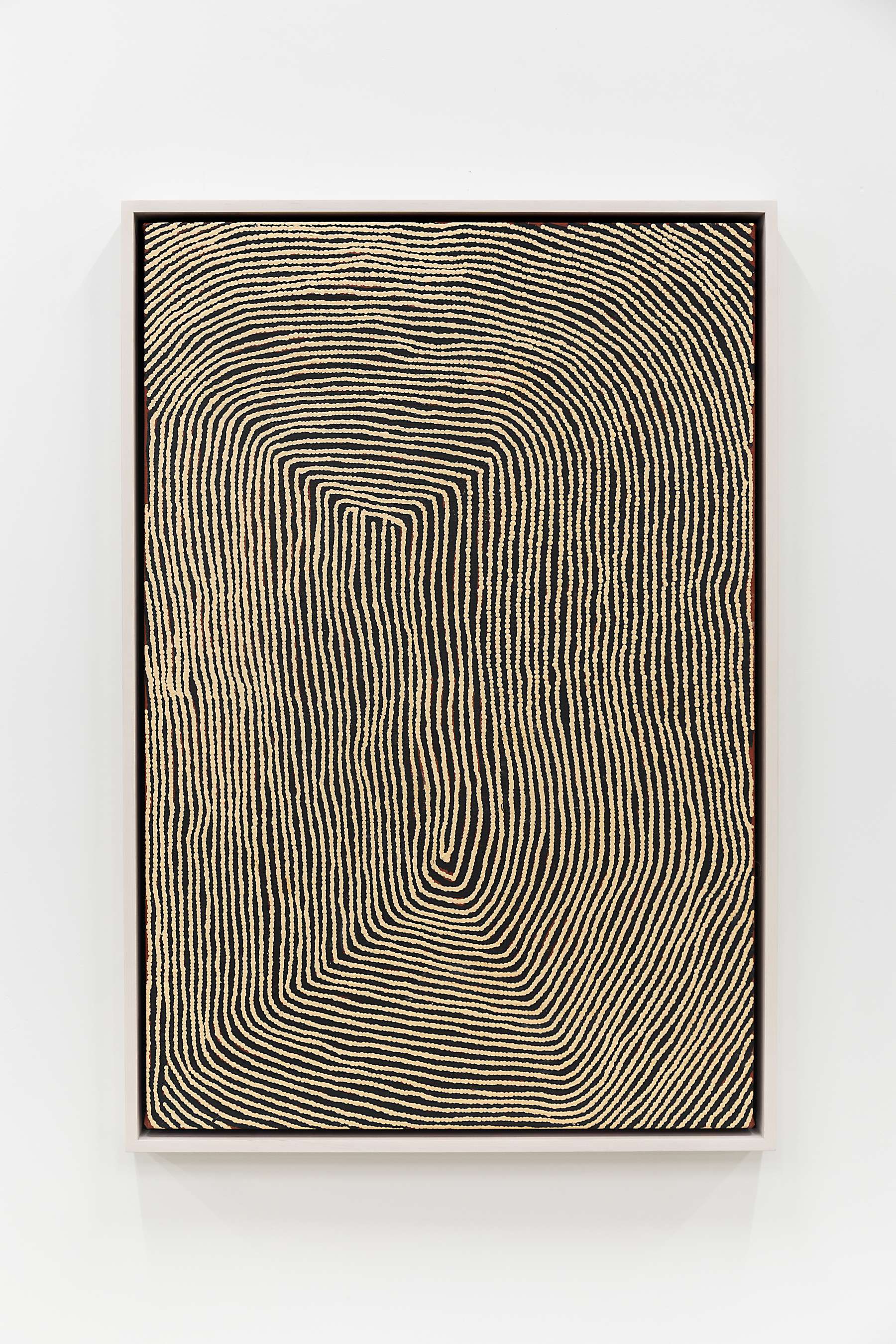 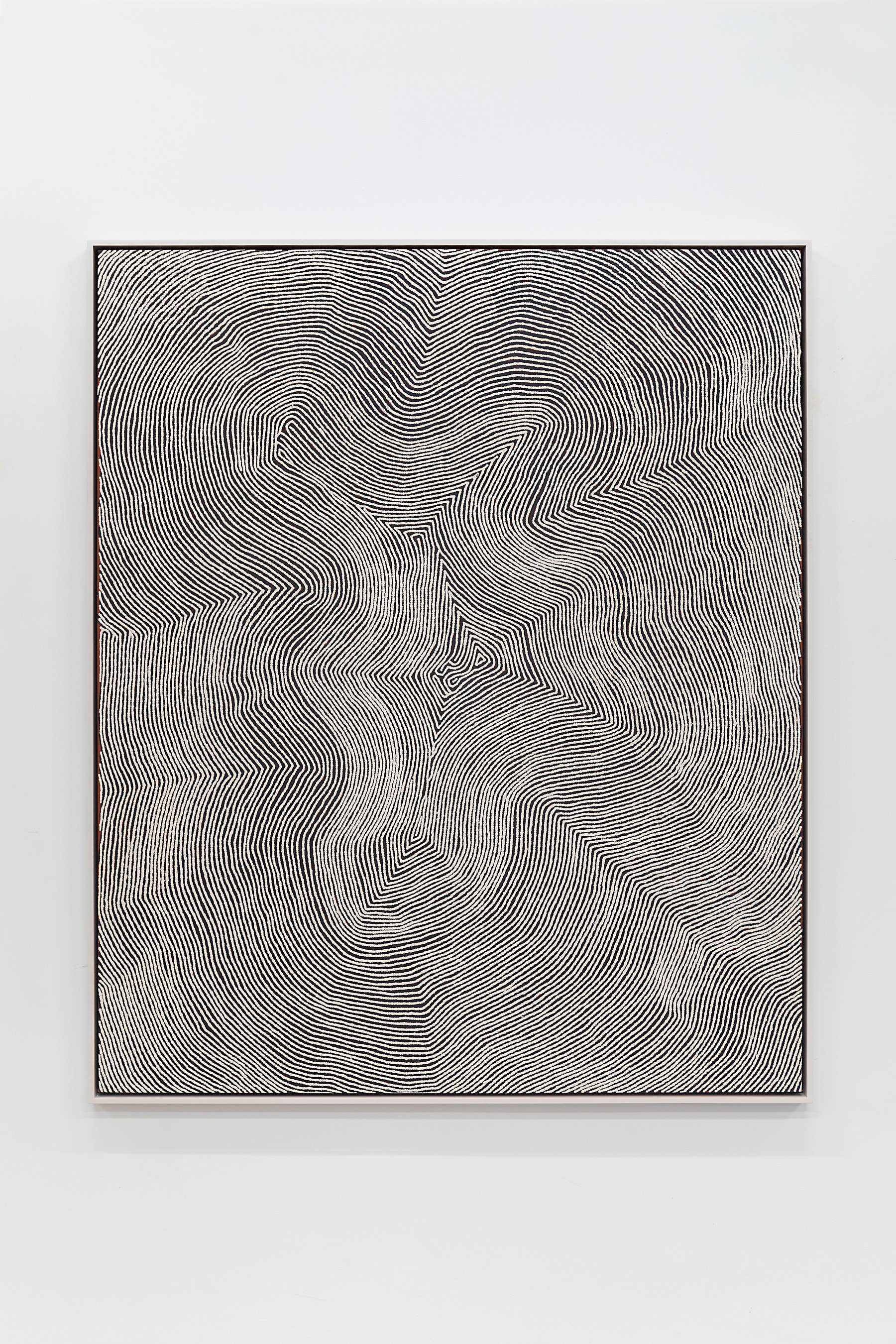 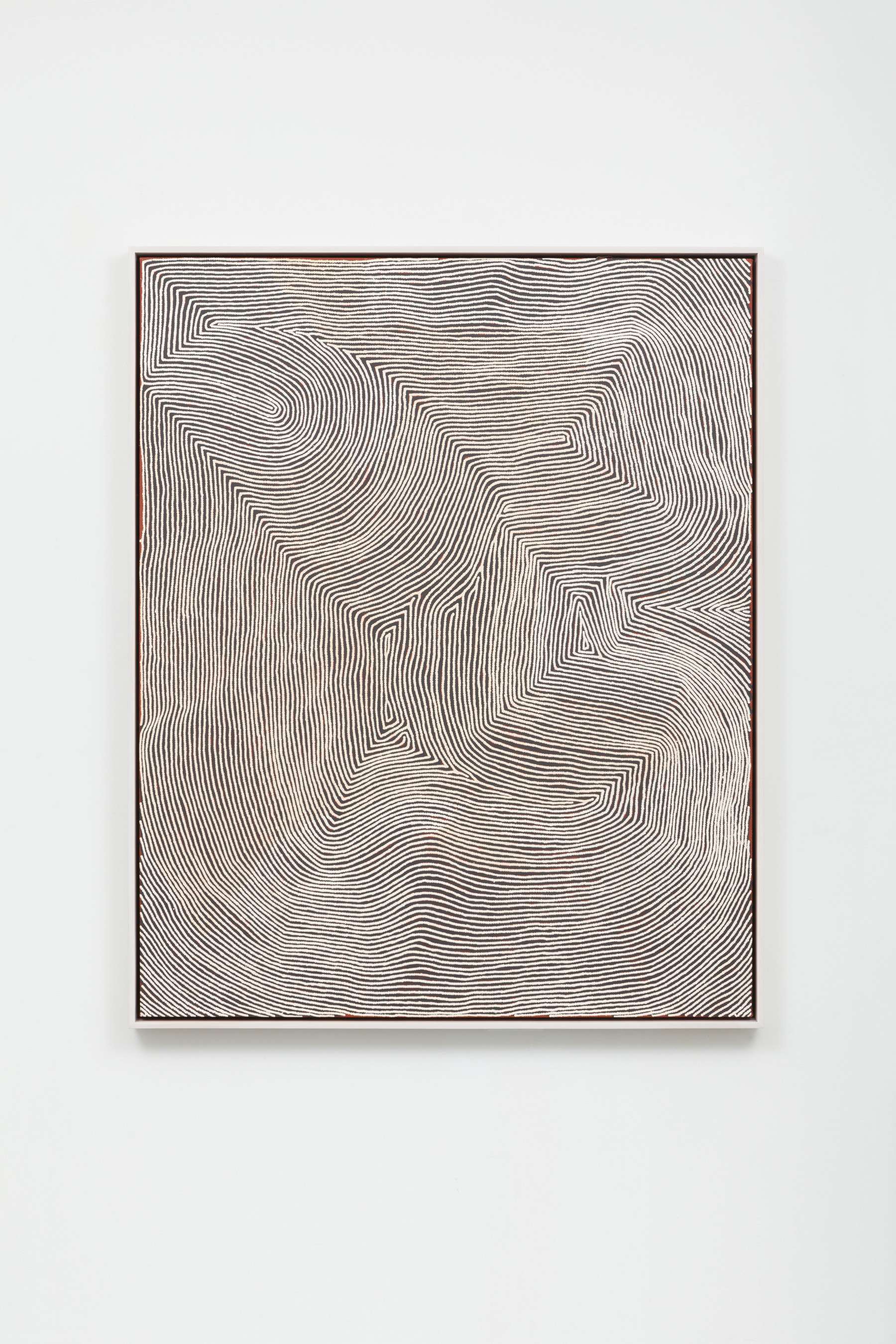 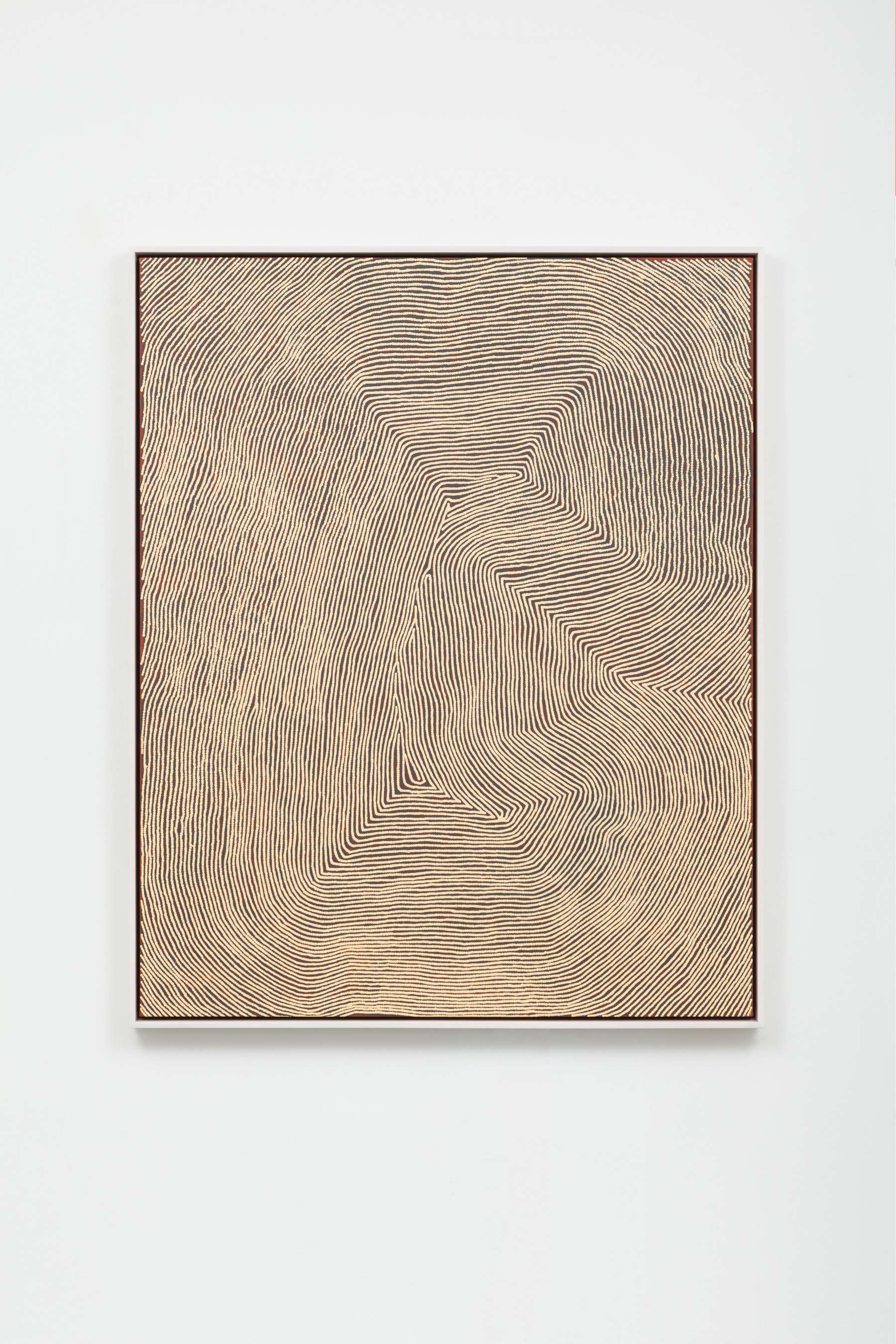 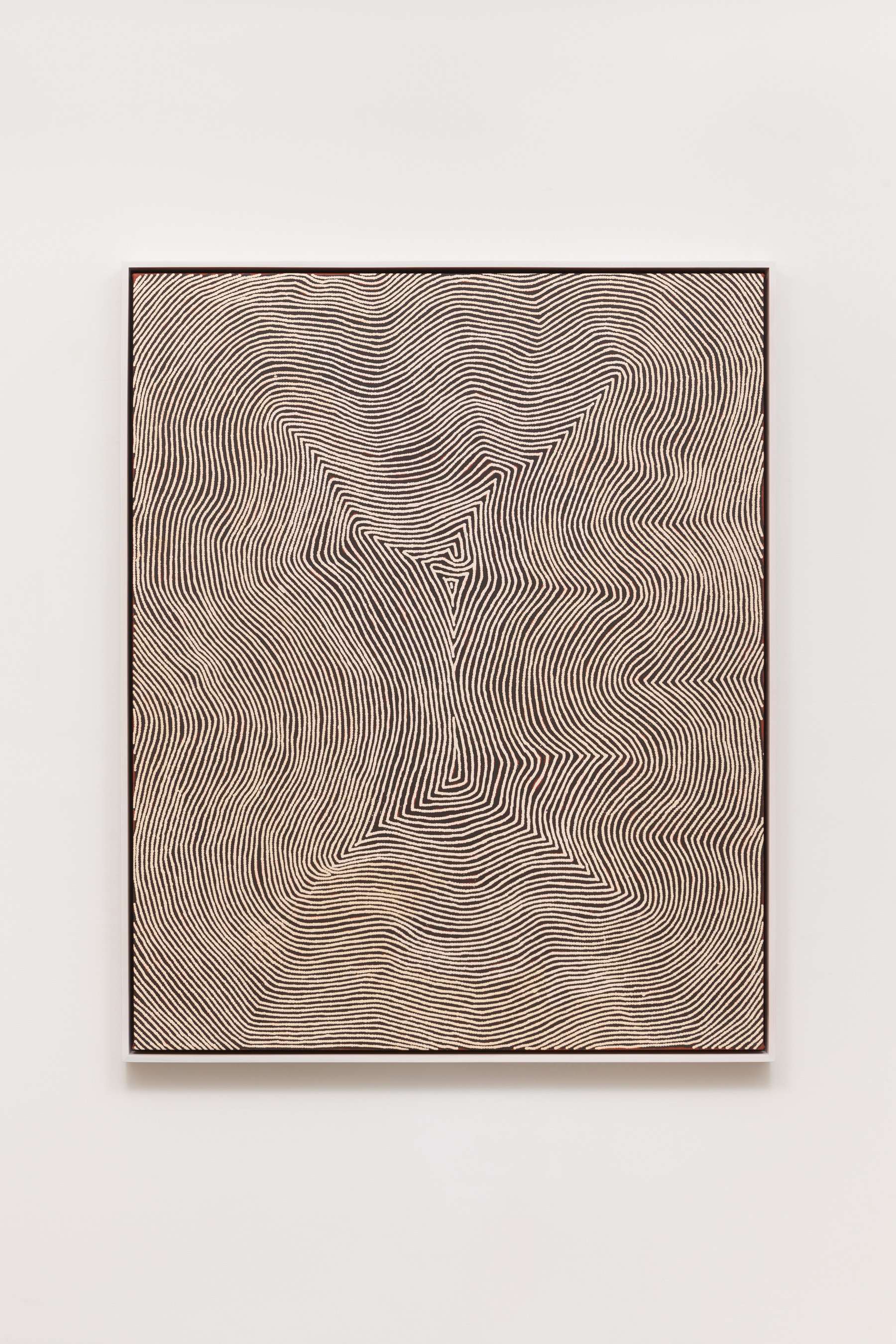 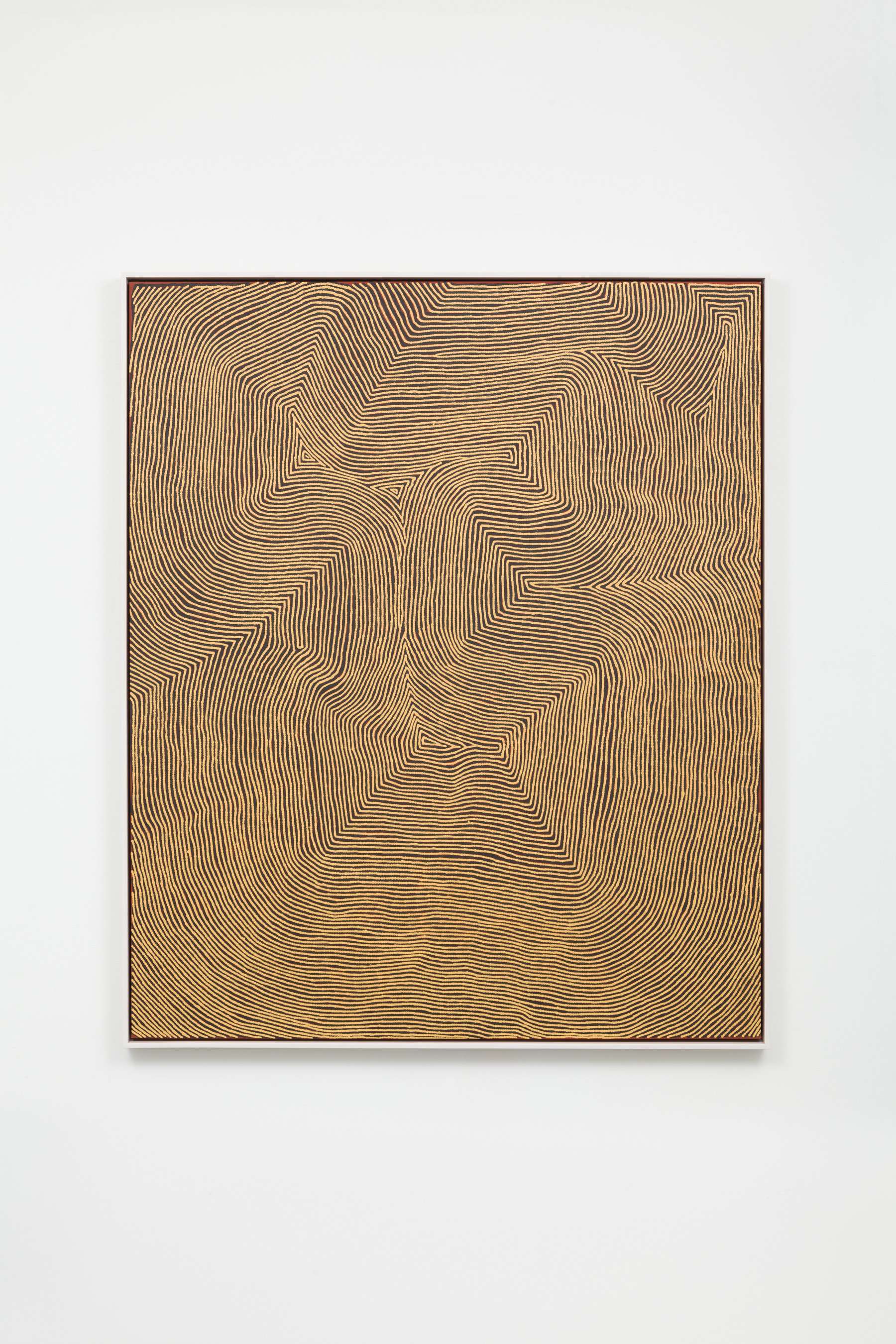 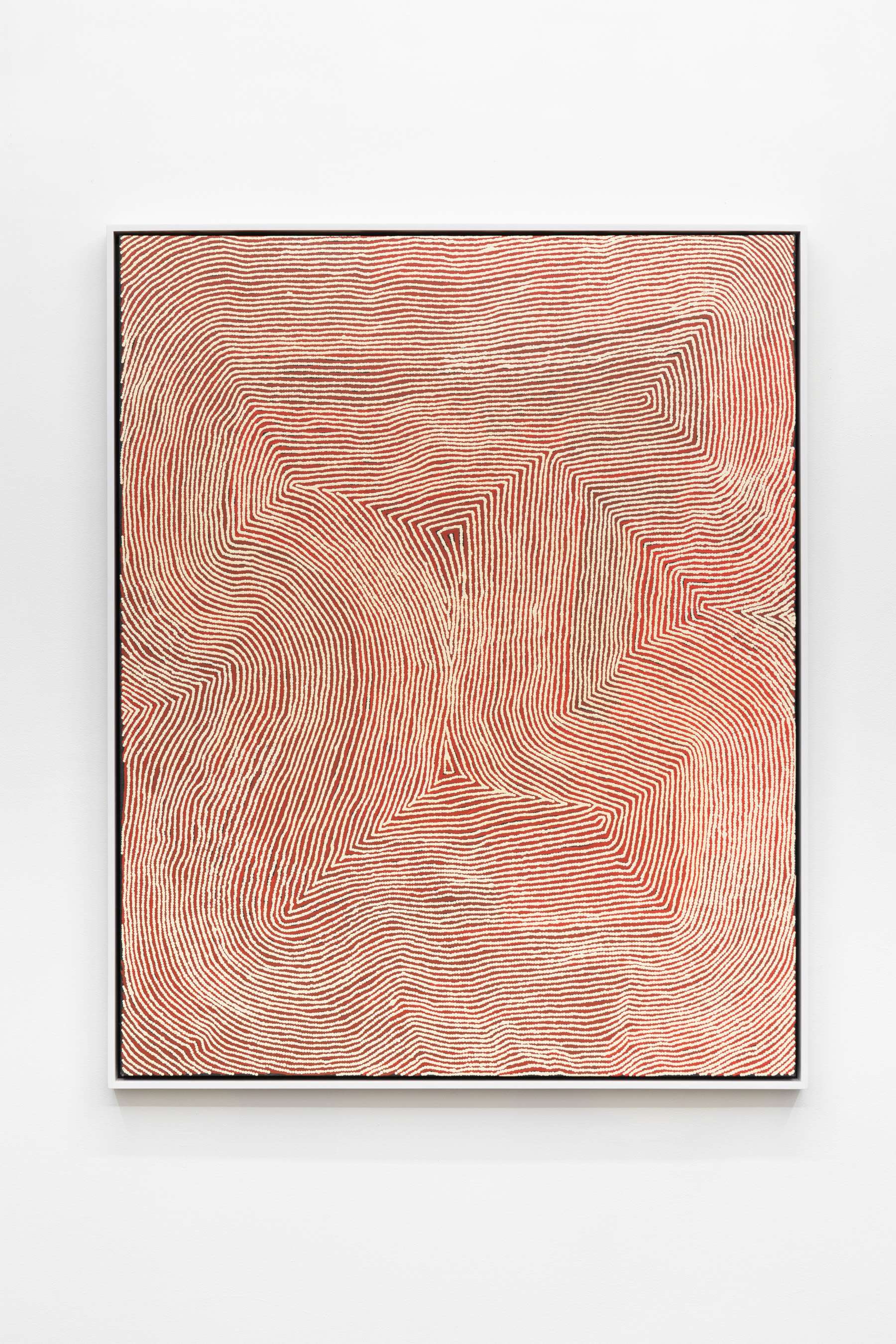 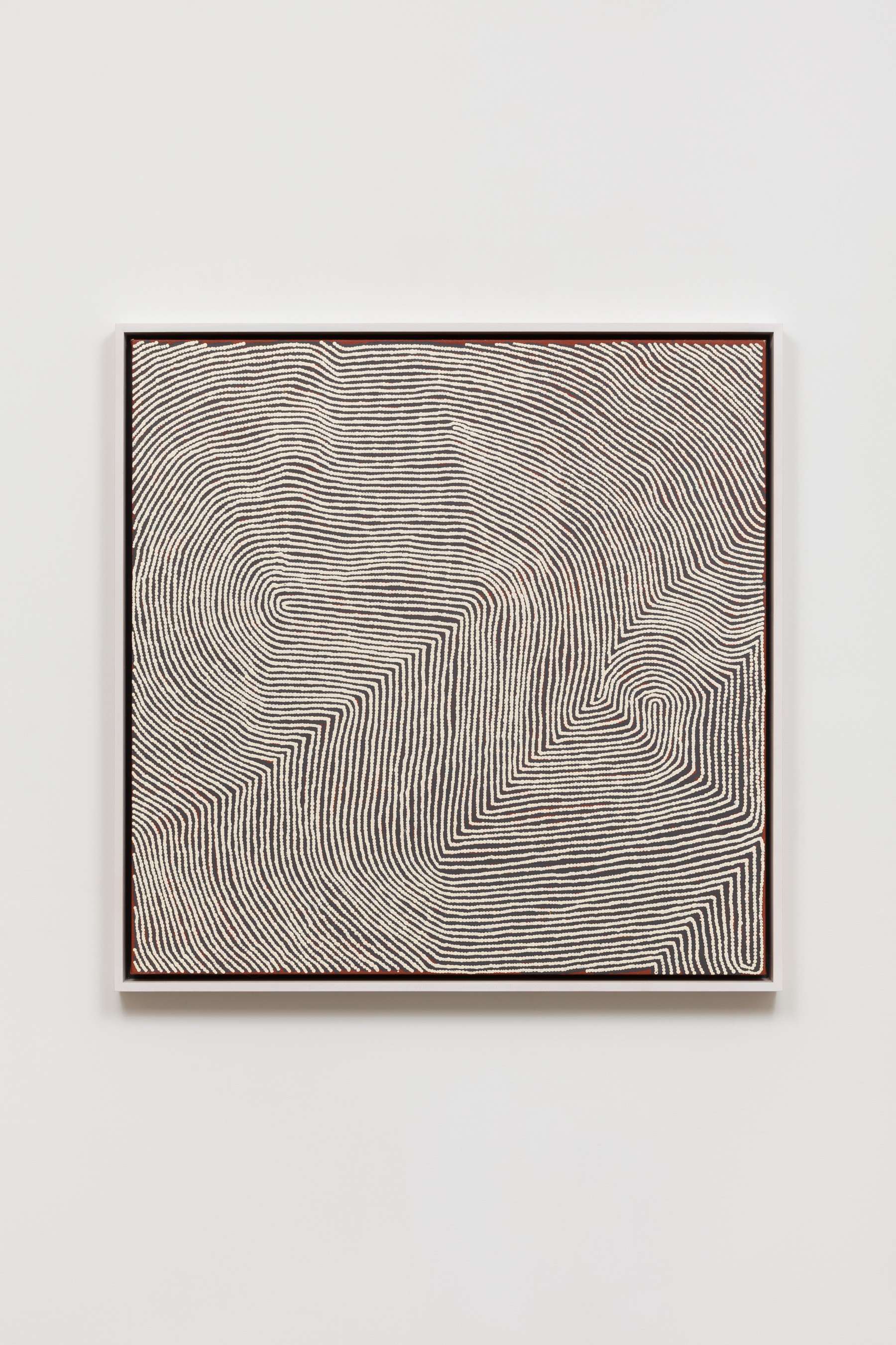 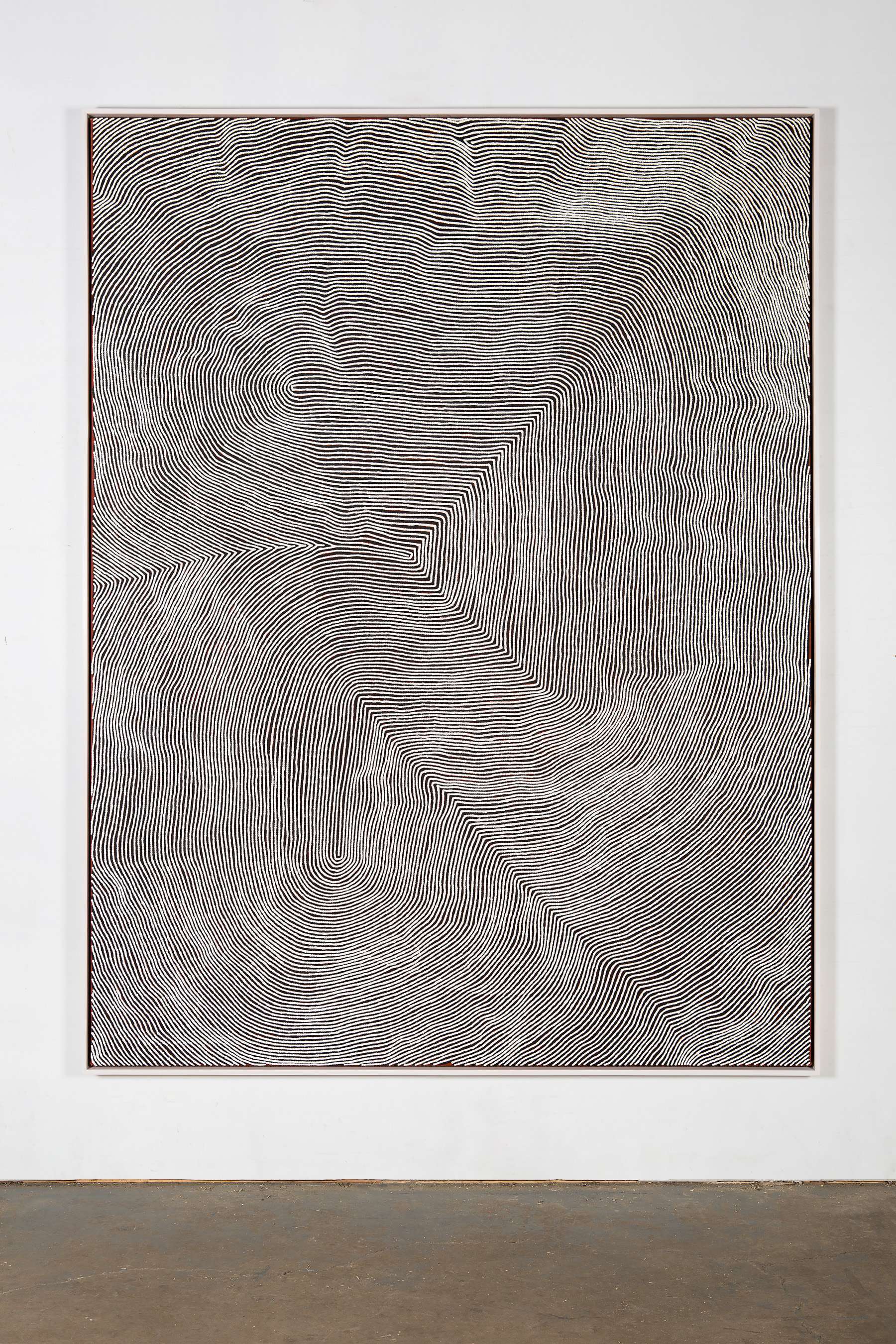 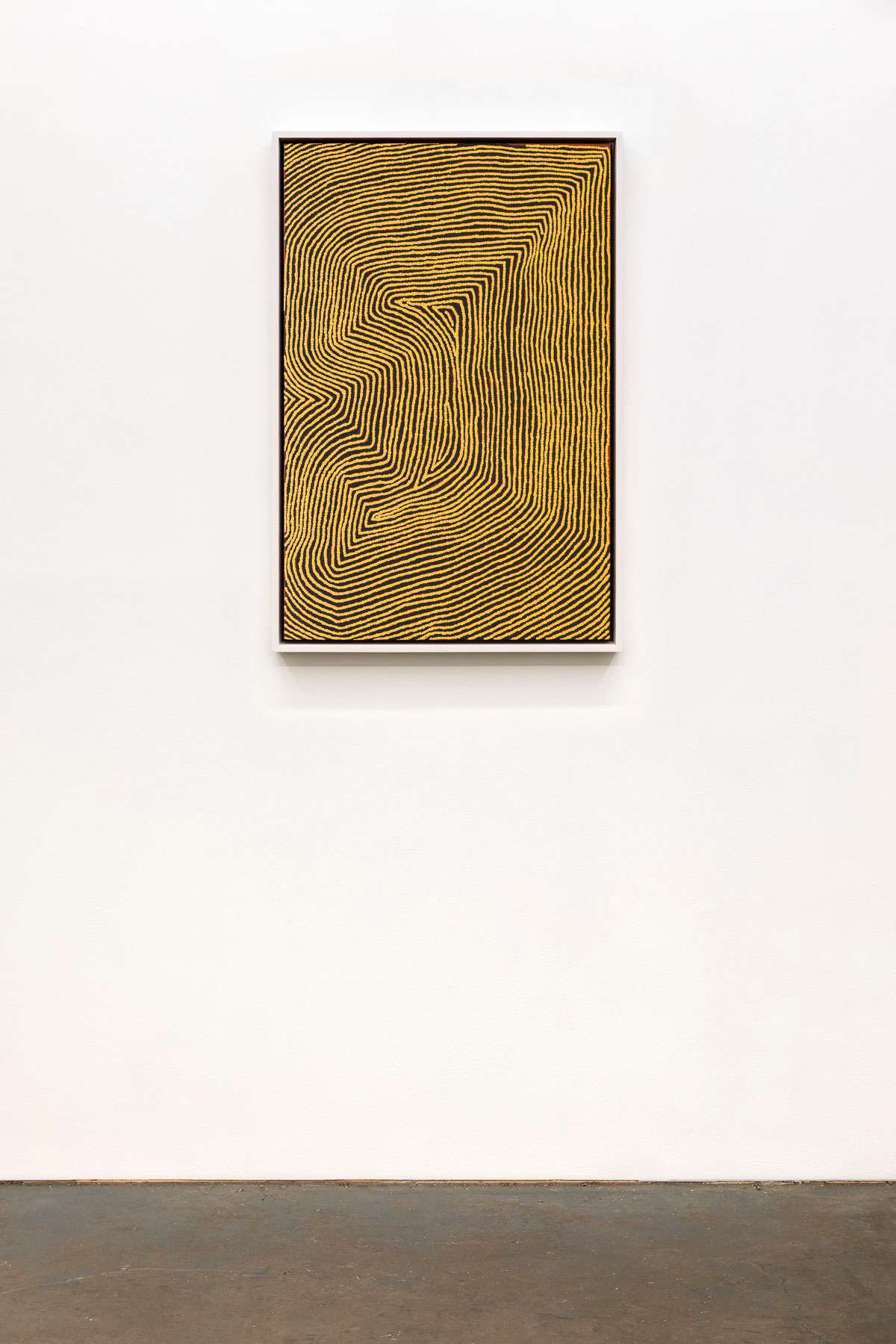 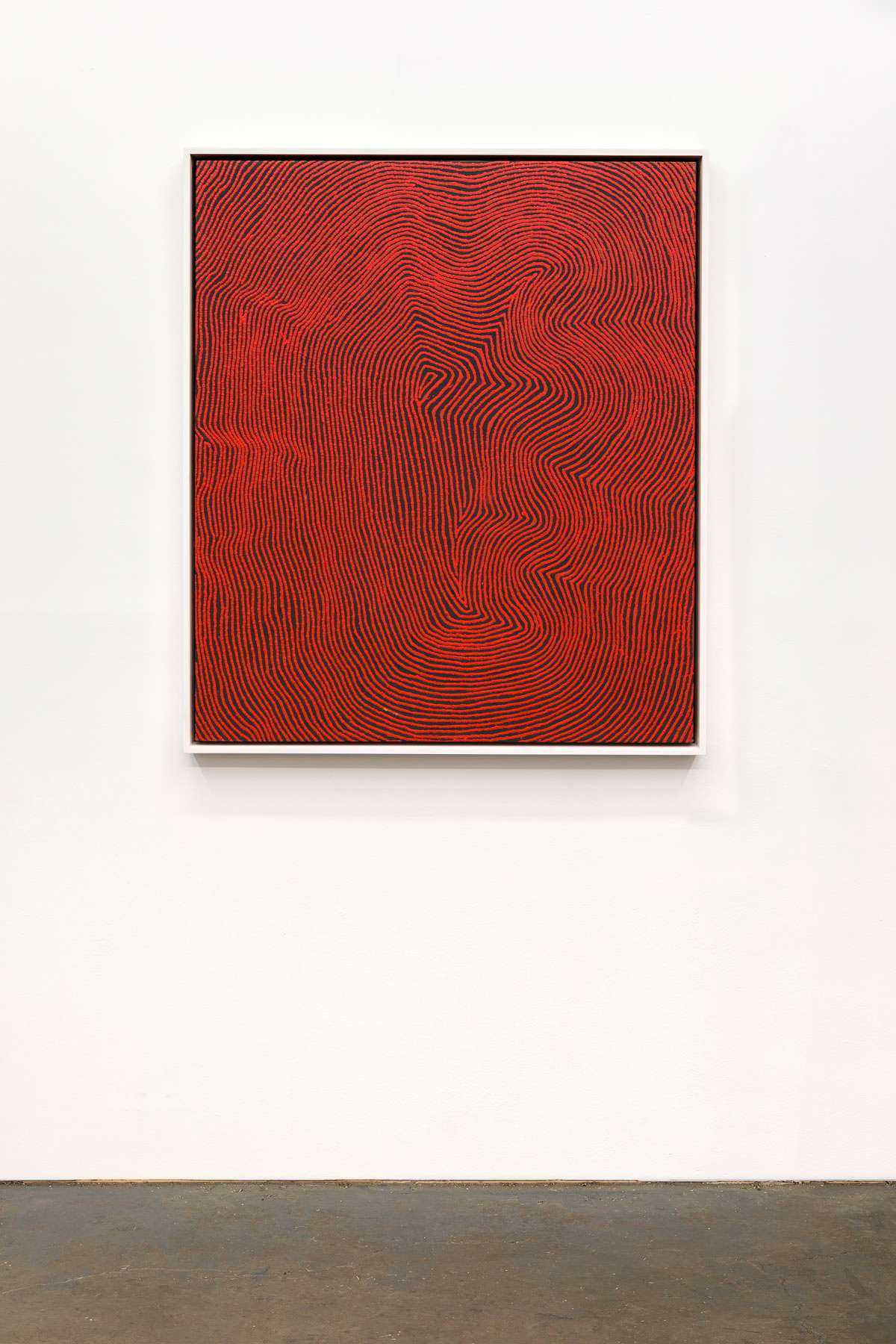 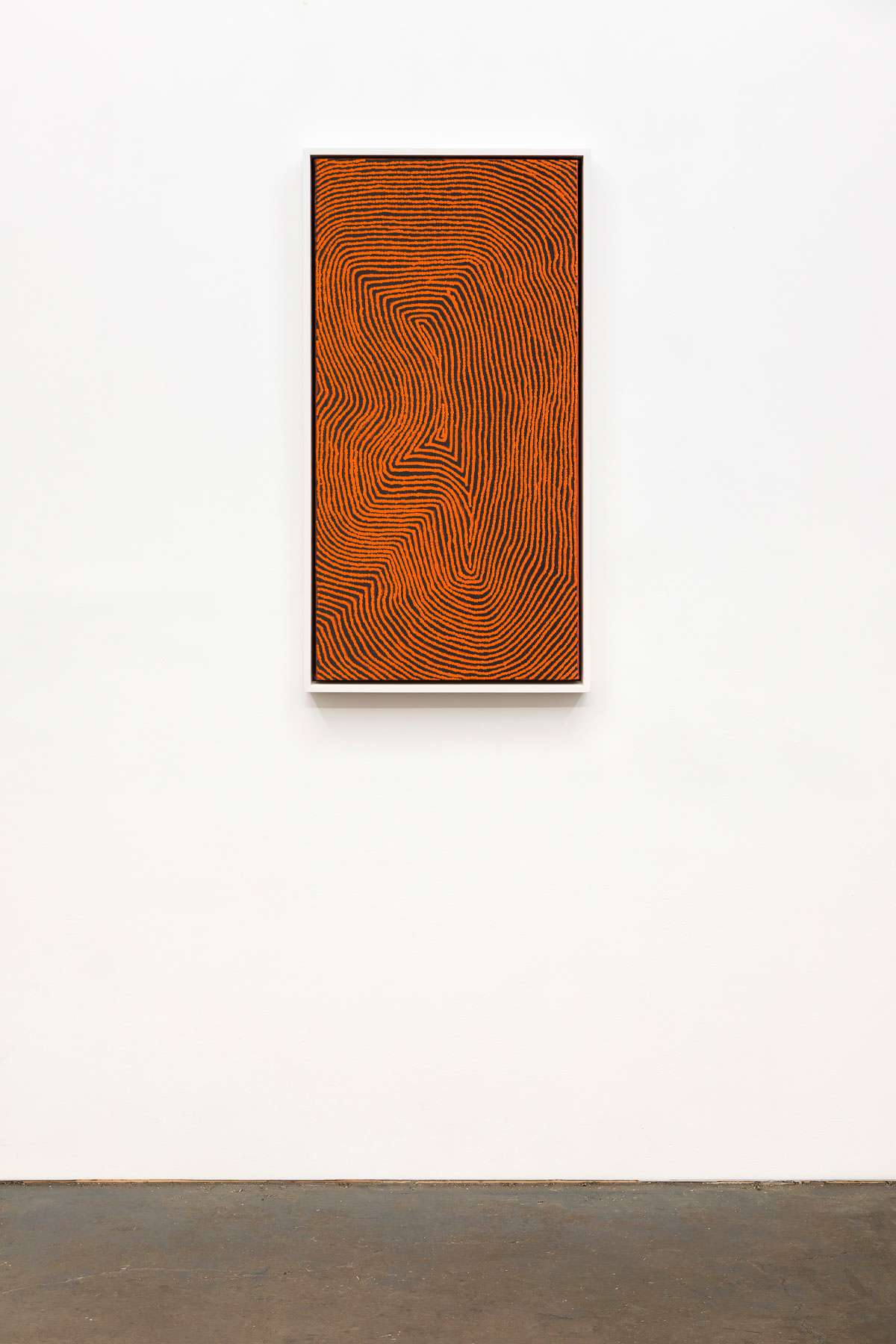 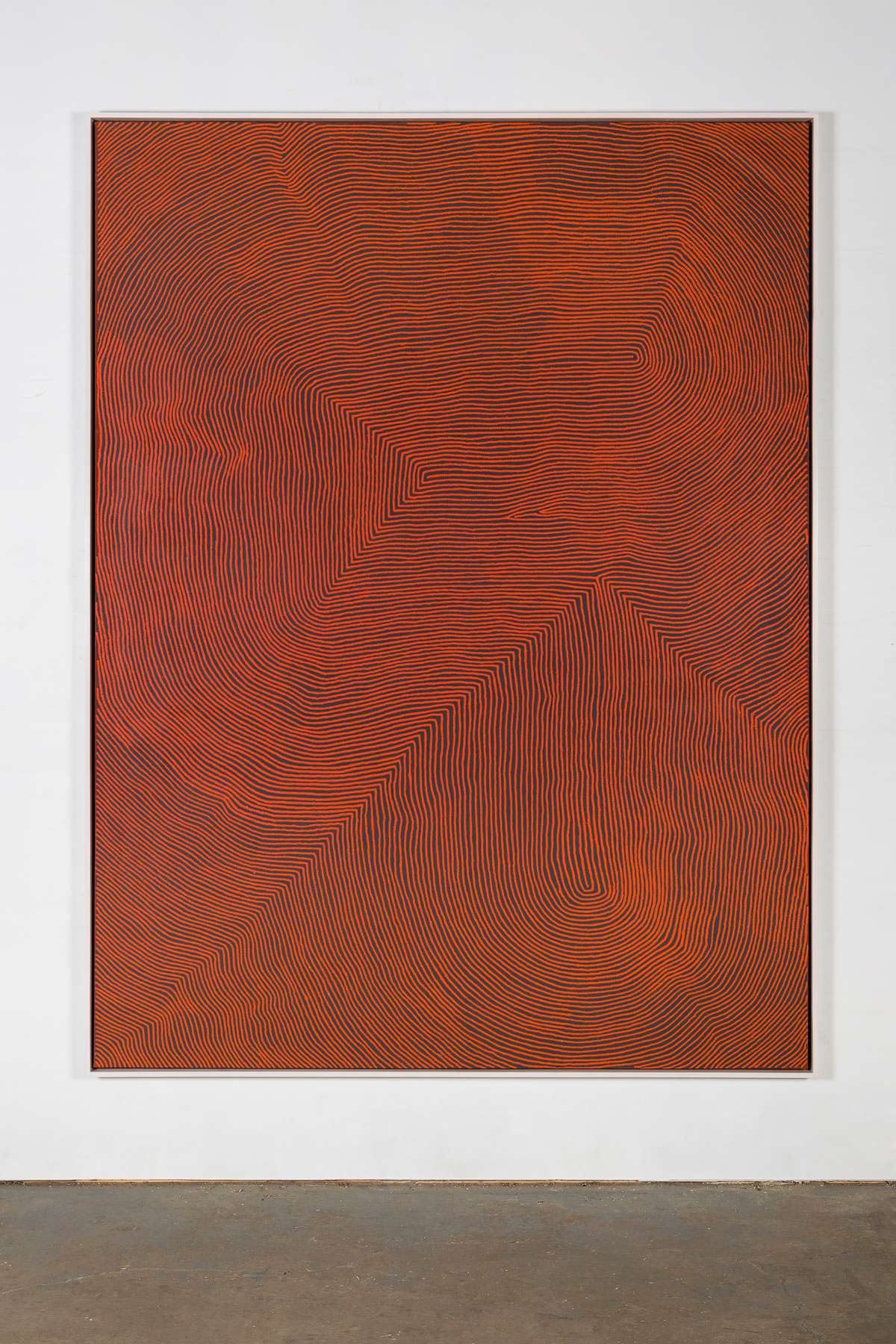 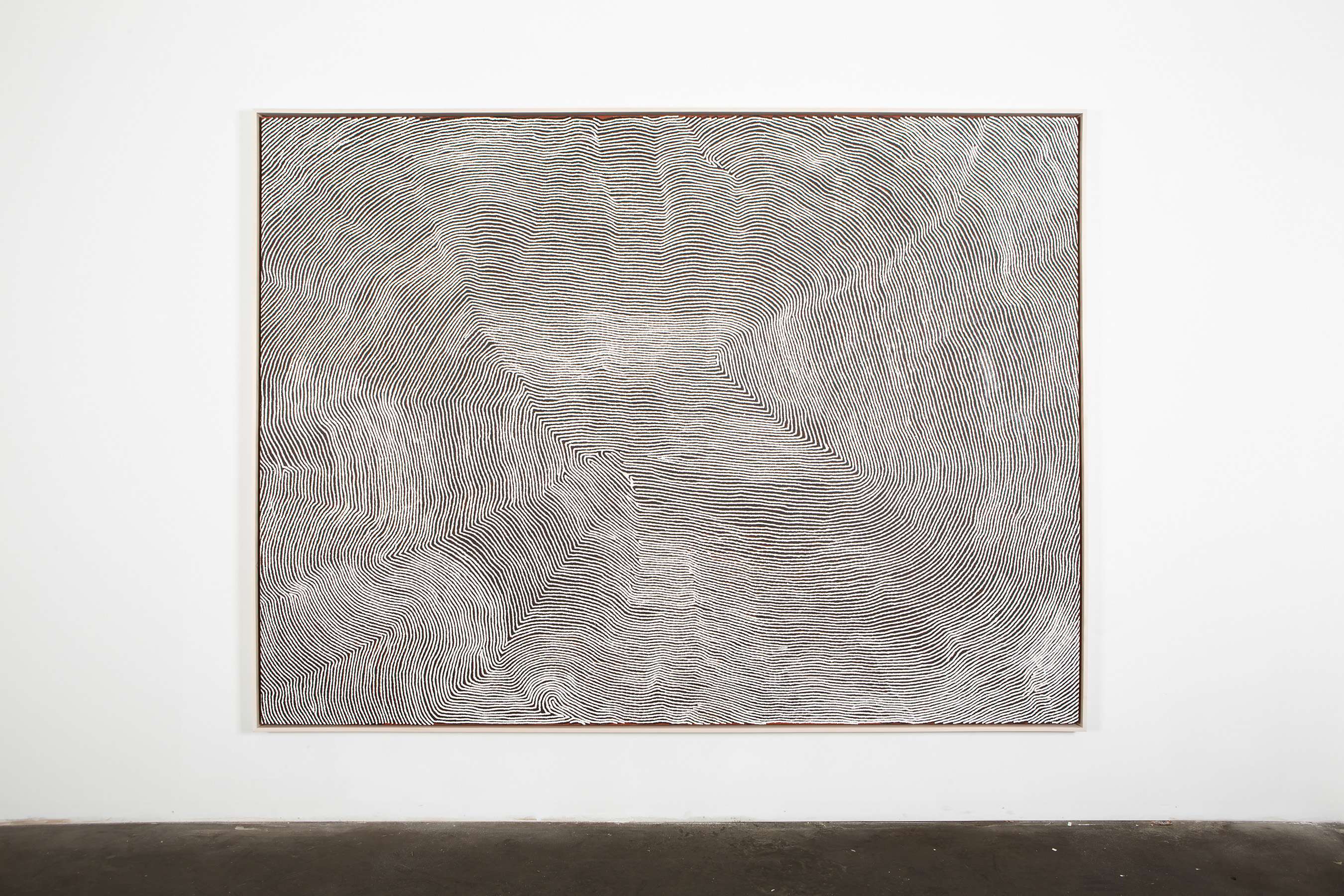 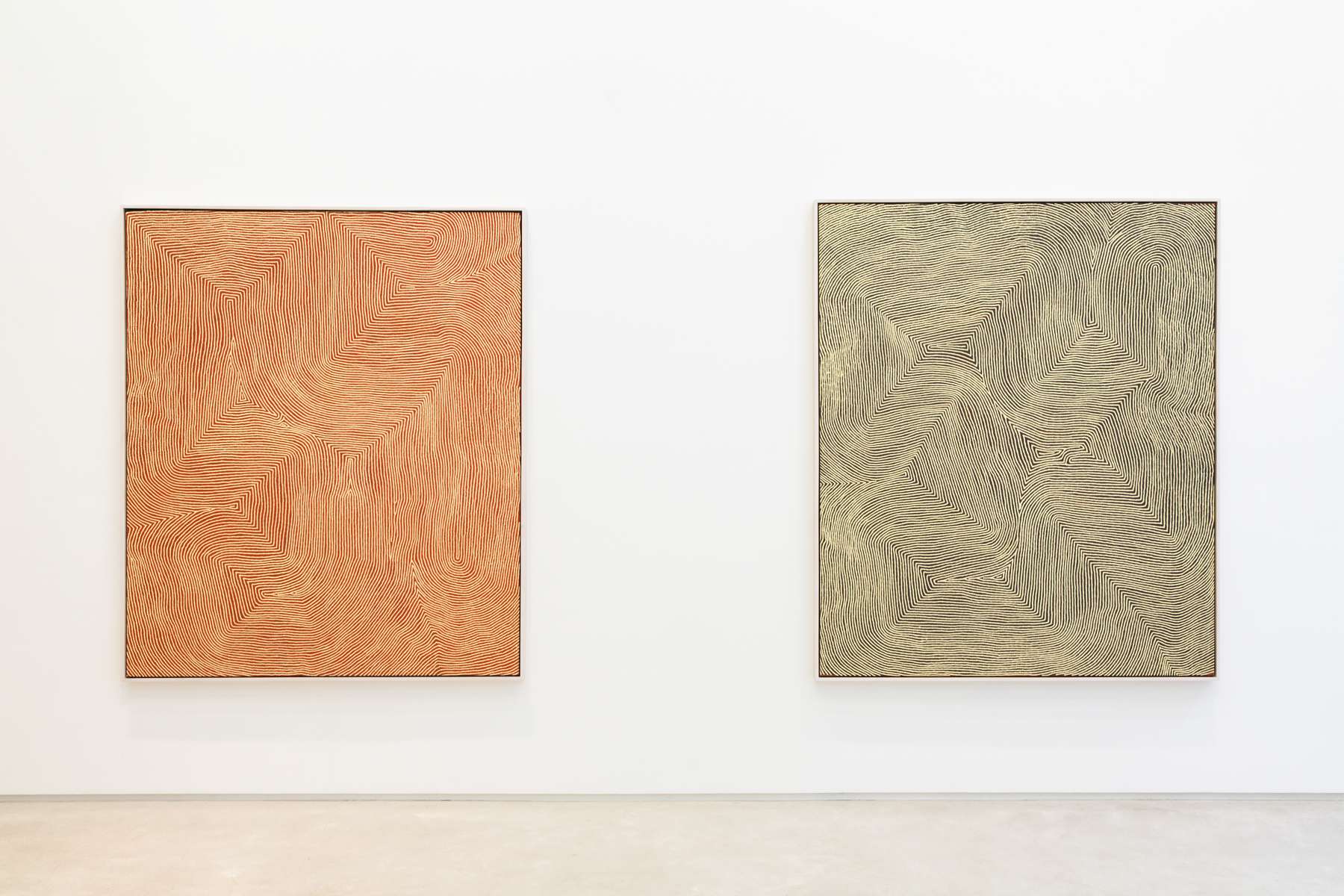 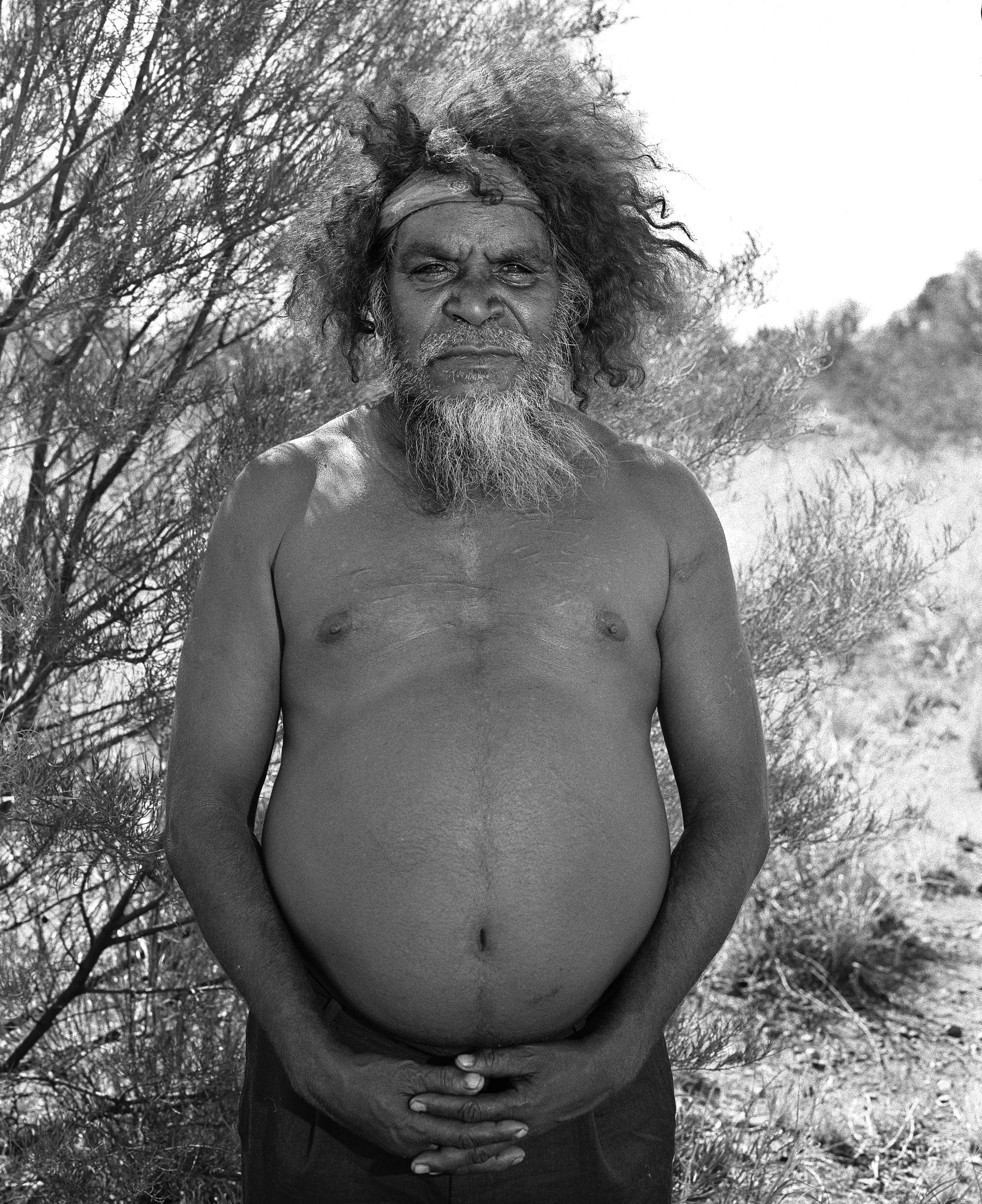 Warlimpirrnga Tjapaltjarri (b. circa late 1950s) and members of his family—including younger sister Yukultji Napangati—lived a semi nomadic life as hunter-gatherers in the Gibson and Great Sandy Desert regions of Australia with little or no outside contact until 1984. His artworks, which have become leading international exponents of contemporary painting from Australia, depict undulating landscapes that oscillate with visual energy. Few painters can match the optical intensity found in his work. Shimmering like a mirage, they pulse and swirl, hovering between the canvas and the eye like an electromagnetic field. The artist generates this effect by painting patterned backgrounds on which he meticulously adds tight, meandering lines composed of thousands of dots. These lines and switchbacks correspond to mythical stories of the Pintupi people and the formation of the desert in which they live, operating more as mnemonic devices than representations of narrative or visual memory.

The artist is currently included in Irrititja Kuwarri Tjungu (Past & Present Together): 50 Years of Papunya Tula Artists at the Kluge-Ruhe Aboriginal Art Collection of the University of Virginia, Charlottesville through February 2022. Tjapaltjarri has been featured in numerous group exhibitions at prominent institutions, including Mapa Wiya (Your Map’s Not Needed): Australian Aboriginal Art from the Fondation Opale at the Menil Collection, Houston (TX) in 2019; and No Boundaries: Aboriginal Australian Contemporary Abstract Painting at the Nevada Museum of Art, Reno in 2015, which then traveled to the Portland Institute for Contemporary Art (OR) in 2015, the Pérez Art Museum Miami (FL) in 2015, the Charles H. Wright Museum of African-American History, Detroit (MI) in 2016, and the Herbert F. Johnson Museum of Art at Cornell University, Ithaca (NY) in 2016. The artist was also featured in dOCUMENTA 13, Kassel (DE) in 2012.

Tjapaltjarri’s work is in the collections of the Art Gallery of New South Wales, Sydney (AU); the Harvard Art Museums, Cambridge (MA); the National Gallery of Victoria, Melbourne (AU); and the Toledo Museum of Art (OH), among others.

01.28.2022
In praise of Australian Aboriginal art – ‘the oldest surviving culture in the world’
Dan F Stapleton